President Donald Trump accused a Yahoo News reporter of creating division on Wednesday after the reporter asked if he had ever used racist remarks.

“Omarosa has accused you of using the n-word, and the rapper Lil Jon has said you called him ‘Uncle Tom,'” Walker said. “What’s your response to that?”

Trump denied knowing who Lil Jon is, and said, “I would never do that and I don’t use racist remarks.”

“If I had, you people would’ve known about it. I’ve been hearing there are tapes for years and years,” the president continued. “Number one, I never worried about it because … I’ve never used racist remarks.” 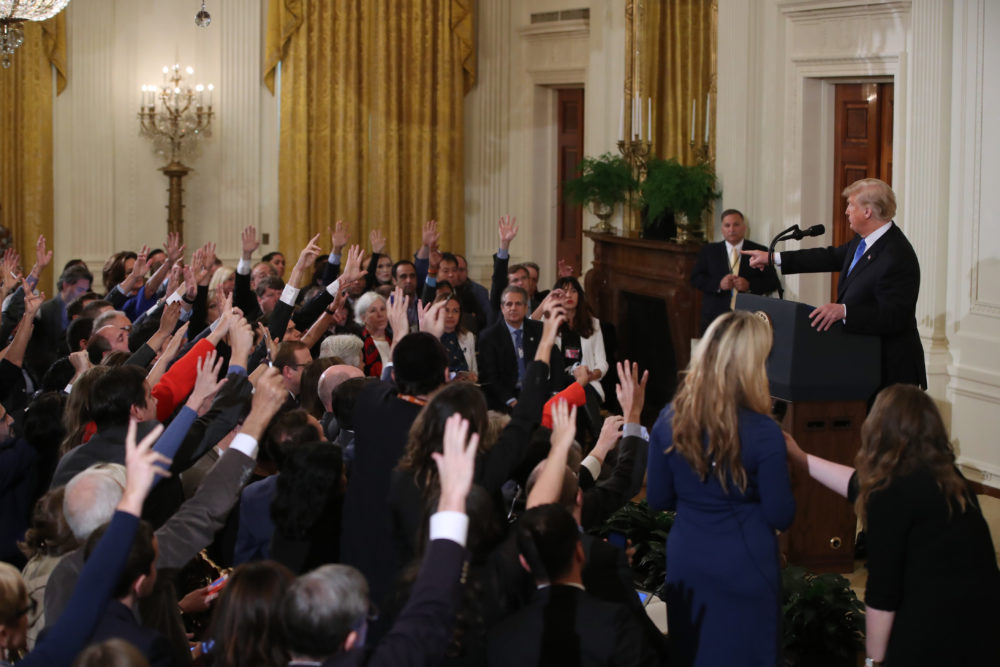 WASHINGTON, DC – NOVEMBER 07: U.S. President Donald Trump answers questions after giving remarks a day after the midterm elections on November 7, 2018 in the East Room of the White House in Washington, DC. (Photo by Mark Wilson/Getty Images)

Walker shouted, “One point of fact because you told [another reporter] you have the highest approval among African Americans — it’s just eight percent sir. Single digits.”

According to a Rasmussen poll recently published, Trump’s approval poll among African Americans was at 40 percent.

Trump shot back, “See, when you talk about division, it’s people like this that cause division.”