We are pleased to announce that Matthew G. Whitaker, Chief of Staff to Attorney General Jeff Sessions at the Department of Justice, will become our new Acting Attorney General of the United States. He will serve our Country well….

Sessions recused himself from the Russia probe in March 2017, much to President Donald Trump’s chagrin.

This put the Russia probe in Rosenstein’s hands, but after Wednesday’s development, it was unclear who would now supervise the probe with Sessions gone.

“The Acting Attorney General is in charge of all matters under the purview of the Department of Justice,” Sarah Isgur Flores, director of public affairs at the DOJ told The Daily Caller News Foundation.

Whitaker, who will now oversee the Russia investigation, appeared to stand up for Mueller’s integrity, which Trump has repeatedly put over the fire, in a 2017 interview with CNN. 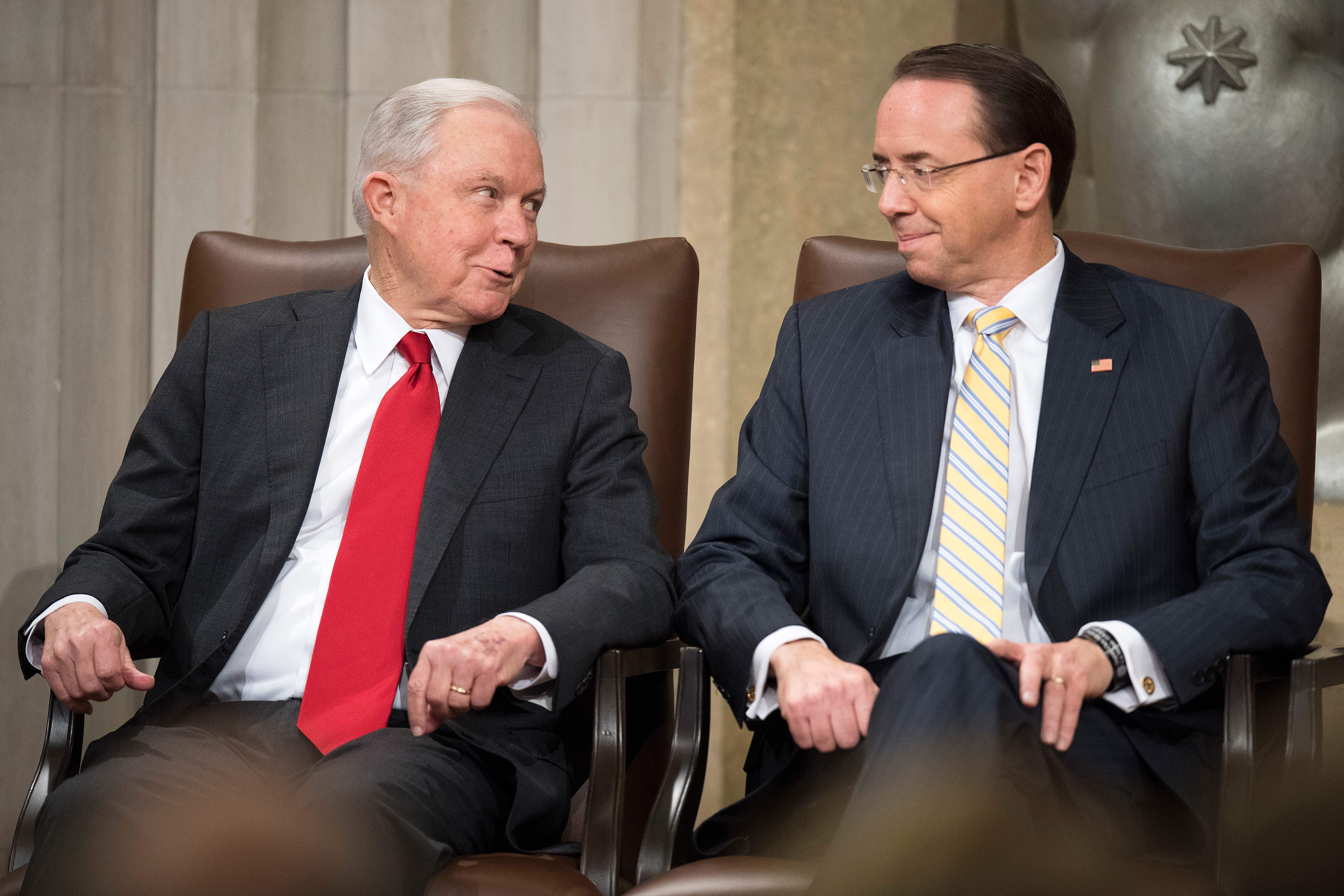 Whitaker, a former U.S. attorney in Iowa who ran for political office as a Republican in 2014, also argued in an op-ed for CNN in August 2017 that Mueller would be crossing a line if he launched an investigation into the finances of Trump and his family.

“Mueller has come up to a red line in the Russia 2016 election-meddling investigation that he is dangerously close to crossing,” Whitaker wrote.

“That goes beyond the scope of the appointment of the special counsel.”

The future of the Russia investigation remains unclear.