A three-judge panel of the U.S. Court of Appeals for the 9th Circuit concluded DACA’s recension “is arbitrary, capricious, or otherwise not in accordance with law.”

Supreme Court action could soon follow. The Trump administration asked the high court to intervene in the DACA cases Monday. The move was highly unusual, as three federal appeals courts, including the 9th Circuit, are separately reviewing orders requiring the government to continue administering DACA. The justices seldom review a case before the circuit courts issue judgment.

The University of California (UC) brought Thursday’s case after the U.S. Department of Homeland Security (DHS) issued a memo rescinding DACA on Sept. 5, 2017. Former Attorney General Jeff Sessions sent a memo to DHS advising that DACA was not lawful one day prior on Sept. 4.

The administration argues that its decision to end the program is not reviewable in court, since DACA is a purely discretionary executive branch initiative. They also say a federal law called the Immigration and Nationality Act (INA) prohibits judicial review of claims arising from deportation proceedings.

Judge Kim Wardlaw, writing for the panel, rejected that argument, explaining that courts can review DHS’s decision because the government’s finding that DACA is unlawful was its primary reason for terminating it. (RELATED: Justice Ginsburg Admitted To Hospital After Serious Fall)

“With due respect for the executive branch, we disagree,” the opinion reads. “The government may not simultaneously both assert that its actions are legally compelled, based on its interpretation of the law, and avoid review of that assertion by the judicial branch, whose ‘province and duty’ it is ‘to say what the law is.'” 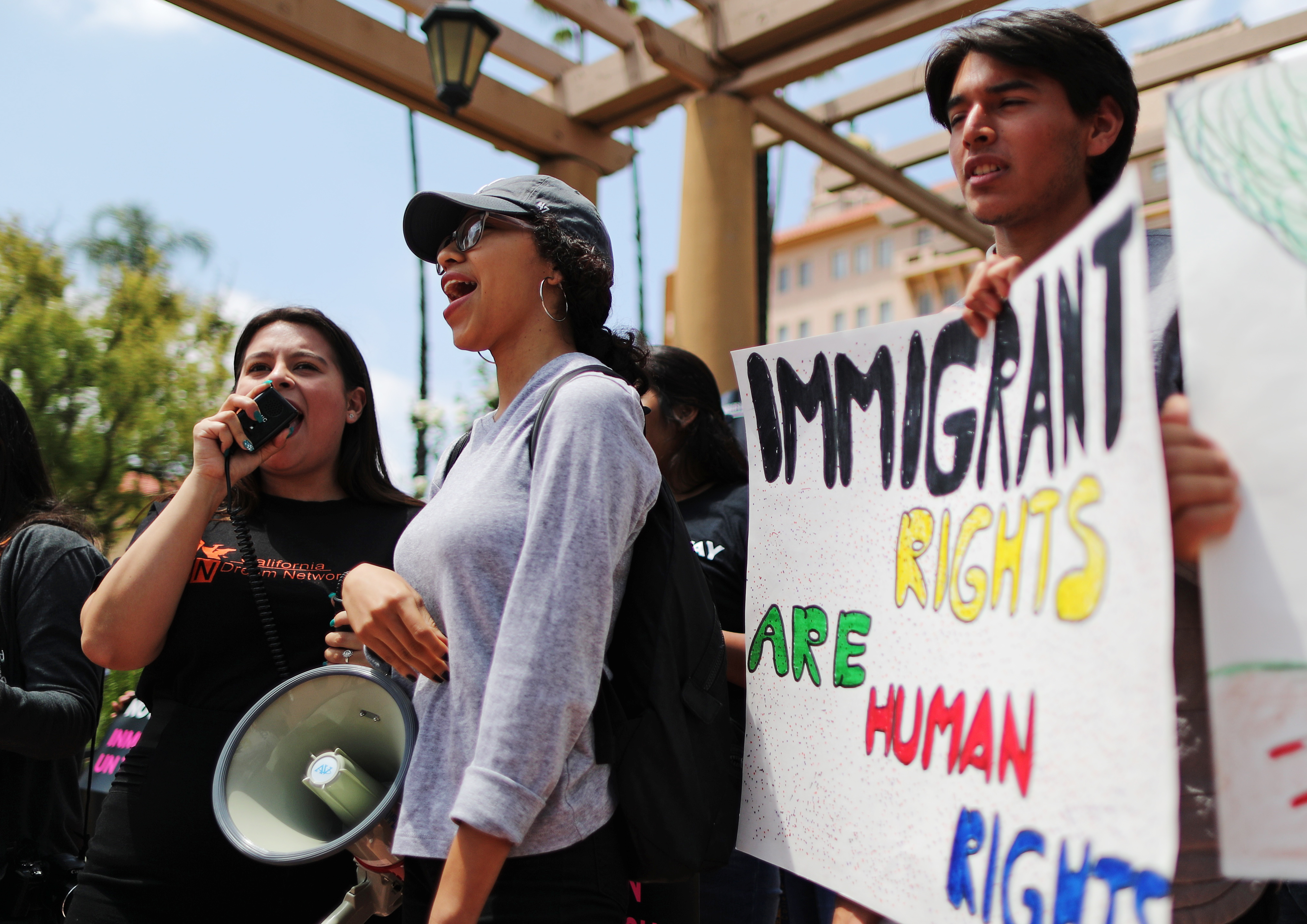 Protestors demonstrate against the termination of the DACA program outside the 9th Circuit Court of Appeals in Pasadena, California, U.S. REUTERS/Lucy Nicholson

The court cautioned that DACA could still be legitimately discontinued, provided the government did so on a different basis.

“To be clear: we do not hold that DACA could not be rescinded as an exercise of executive branch discretion,” Wardlaw wrote. “We hold only that here, where the executive did not make a discretionary choice to end DACA — but rather acted based on an erroneous view of what the law required—the rescission was arbitrary and capricious under settled law.”

Writing separately, Judge John Owens said there was sufficient evidence that the government’s action was tainted with racism.

“I would hold that plaintiffs have plausibly alleged that the rescission of DACA was motivated by unconstitutional racial animus in violation of the equal protection component of the Fifth Amendment,” he wrote.

Other decisions as to DACA termination are currently pending before federal appeals courts in New York and Washington, D.C.