Alyssa Milano called out the Antifa mob called Smash Racism DC that descended on Fox News host Tucker Carlson’s Washington, D.C., home, stating that it was “not okay,” no matter what political party you support. (RELATED: Alyssa Milano Says If ‘Men Have A Hard Time Right Now’ That’s The Way It Has To Be For ‘Equality’)

“I don’t care what your political ideology is…this is not ok. Not. Ok,” the 45-year-old actress tweeted Thursday, along with a story about how police were called out after “left-wing activists” showed up at Carlson’s home chanting threats against the co-founder of The Daily Caller and host of “Tucker Carlson Tonight” and his family. 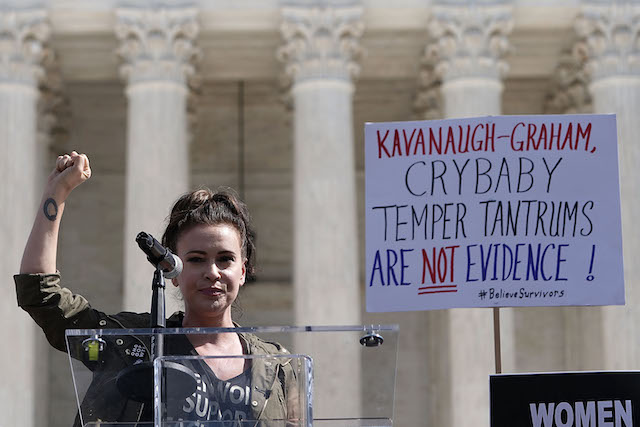 I don’t care what your political ideology is…this is not ok. Not. Ok. https://t.co/GeZ6OPTFqD

The comments came following a report Wednesday night that the left-wing group showed up at the home while his wife, Susie, was home alone, and he was at the Fox News studio. The protestor group Smash Racism DC posted video footage online of the group loudly shouting “racist scumbag, leave town!” and “Tucker Carlson, we will fight! We know where you sleep at night!”

“No borders! No walls! No USA at all!” they added in the clip posted on Twitter, along with a picture showing the family’s home address.

“Tucker Carlson, you cannot hide from the people you hurt with your rhetoric, your lies, and your hate,” the group tweeted, adding the hashtag, “#KnockKnockTucker.” The account connected to the group has been suspended.

“Someone started throwing himself against the front door and actually cracked the front door,” the Fox News host shared with The Washington Post. “It wasn’t a protest. It was a threat.” 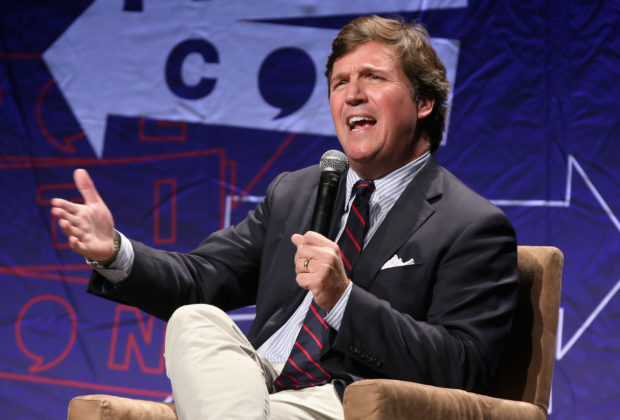 A police report obtained by The Daily Caller News Foundation revealed the incident is being investigate as a “suspected hate crime.”

Smash Racism DC previously were responsible for chasing Republican Texas Sen. Ted Cruz and his wife out a restaurant in D.C. during the confirmation hearings for then-Supreme Court justice nominee Brett Kavanaugh.