Update: At the time of this publication, Free was still listed as a producer for HBO’s “Camping” TV show. The Daily Caller has received a statement from HBO saying, “HBO is not in business with Travon Free nor do we have any plans to be. This kind of language is deeply offensive and inexcusable.”

An Emmy-winning producer that currently works on HBO’s “Camping” apologized on Thursday morning after nearly decades-old anti-Semitic tweets resurfaced the day before.

Trevon Free, a former writer for Comedy Central’s “The Daily Show” and TBS’s “Full Frontal with Samantha Bee,” tweeted his apology after Jon Levine, an editor for The Wrap exposed an old tweet of Free’s.

Free previously was nominated for Outstanding Writing For A Variety Series six times and won two Emmy’s since 2013.

“Nine years ago, I tweeted some stupid and really offensive jokes that were intended to be that, jokes,” Free wrote on Twitter. “My poor attempts at humor quite understandably have offender and disappointed many people, including some very close to me, and for that, I offer my sincerest apologies. I’ve matured tremendously as a person, writer and comedian since 2010.”

His statement continued, “Going forward, I will continue to work tirelessly at my job and on behalf of all marginalized communities, some of which, in retrospect, I did a tremendous disservice to with those tweets years ago.” 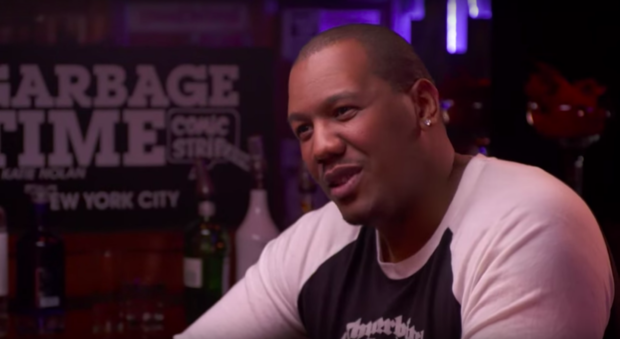 Despite claiming that his old tweets were simply jokes, some appeared to be more direct attacks on Jewish people. In one tweet, he said, “Happy 122nd birthday Hitler. It’s a good thing you’re not around to see how much you motivated the Jewish community to run everything.”

Another read, “Got cut off in traffic by a Jew. WWHD? (what would Hitler do?).”

The resurface of Free’s anti-Semitic tweets are another example of anti-Semitism acts within recent months. At the end of October, a man murdered eleven Jewish people in a Pittsburgh synagogue.

Also in October, notable anti-Semite Louis Farrakhan posted a video on social media of a speech he gave in which he compared Jewish people to termites. 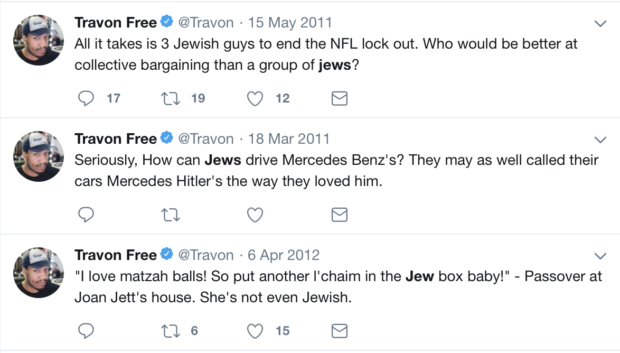