Republican Arizona Sen. Jeff Flake and Democratic Delaware Sen. Chris Coons announced Thursday they want to bring a Senate bill to the floor for a vote, which would protect special counsel Robert Mueller’s investigation into the Trump administration.

Flake, who announced he would not be seeking re-election in October 2017, teamed up with Coons to introduce S.2644, which they are calling “the Special Counsel Independence and Integrity Act.” The two say they will ask to vote on the bill, mentioning former Attorney General Jeff Sessions’ Wednesday resignation, which Flake declared a “firing.”

This is not the first time Flake and Coons have worked together. The two senators pushed for an FBI investigation into sexual assault accusations against Supreme Court Justice Brett Kavanaugh. The two have also spoken at multiple events side by side and appeared on “60 Minutes” together on Sept. 30. (RELATED: Jeff Flake Tag-Teams Trump With Democratic Sen Chris Coons For ‘Appalling’ Christine Blasey Ford Comments) 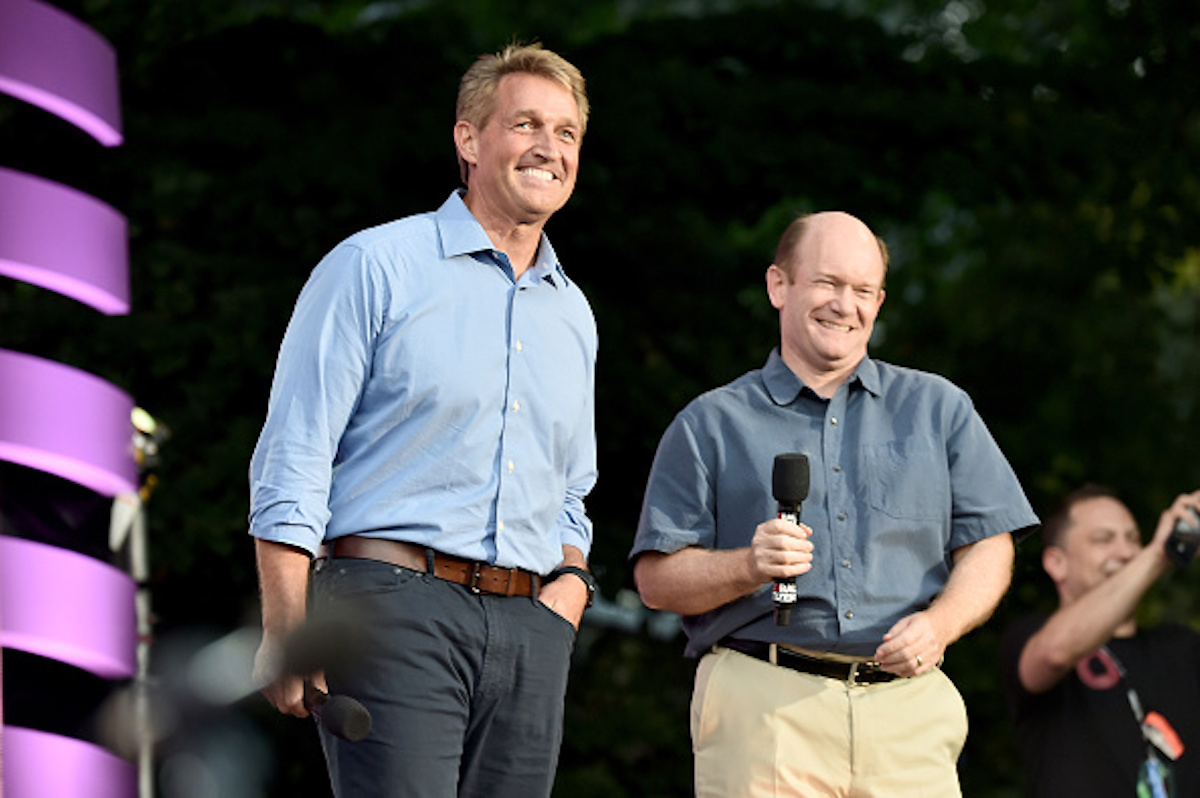 Flake told The Daily Caller News Foundation in a phone call Thursday that they hope to vote on the legislation on Nov. 14. He mentioned the bill was passed through the Senate Judiciary Committee in April.