Storied broadcaster Larry King ripped into the network that made him famous Tuesday, saying CNN “stopped doing news a long time ago.”

“Larry King Live” was a staple on CNN for 25 years; it was one of the network’s most popular attractions and its longest-running show. King interviewed everyone from celebrities like Frank Sinatra to participants in the top stories of the day. 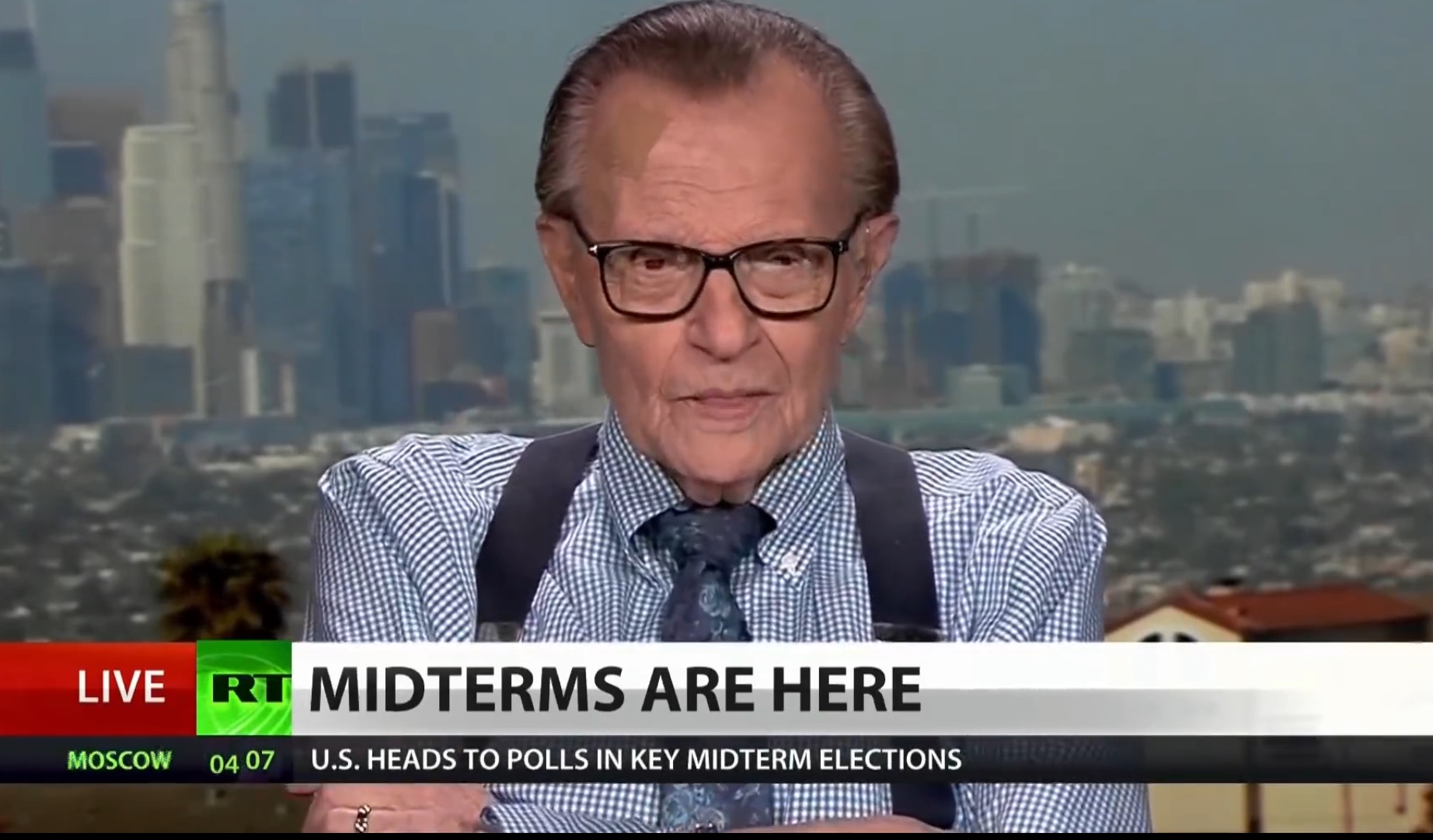 King told RT America that CNN never really understood Trump and didn’t consider him as a serious contender for president, instead choosing to see him as a “character” rather than a candidate. (RELATED: CNN’s Van Jones Election Results Are Heartbreaking)

“They covered him as a character. They carried every speech he made. They carried him more than Fox News, at the beginning,” King said. “And so they built the whole thing up and the Republicans had a lot of candidates and they all had weaknesses.”

“CNN stopped doing news a long time ago,” King told RT. “They do Trump. Fox is Trump TV and MSNBC is anti-Trump all the time.”

“You don’t see a story — there [were] vicious winds and storms in the Northeast the other day — not covered on any of the three cable networks, not covered,” King insisted. “So when CNN started covering Trump — they were the first — they covered every speech he made and then they made Trump the story. So, Trump is the story in America.” 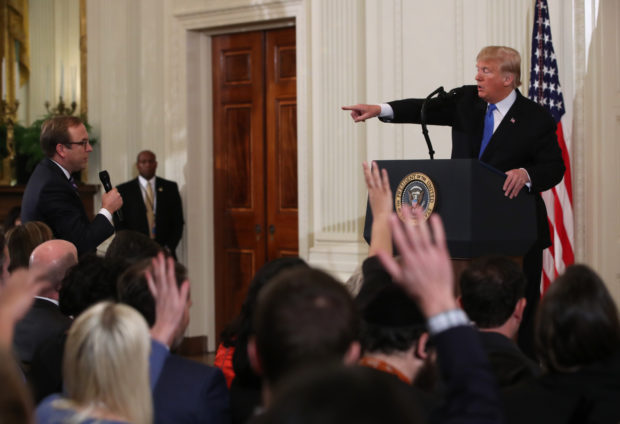 President Donald Trump answers questions after giving remarks a day after the midterm elections on Nov. 7, 2018 in the East Room of the White House in Washington, D.C. (Photo by Mark Wilson/Getty Images)

The broadcaster suggested “the funniest statement of the week was made by Donald Trump, who said, ‘What’s with these midterms?'” (RELATED: Kellyanne: President Has Made History In Midterms)

King said the comment was indicative of the often bizarre political landscape of the Trump era: “I’ve been on the air for 61 years and I don’t remember anything like the country is, the shape the country is in right, the antagonism, the hatred … I remember when Republican and Democratic senators used to go to dinner together.”

CNN is in the midst of a bitter dispute with Trump after the White House canceled its chief White House correspondent’s media credentials. Jim Acosta became engaged in a lively argument with the president during a Wednesday news conference.

White House Counsel Kellyanne Conway has demanded that Acosta apologize for not relinquishing the White House microphone and allegedly putting his hands on a female staffer.