Abrams’s team said they are filing litigation in Dougherty County Thursday after reports that the county’s absentee ballots were not delivered to voters time or at all, according to The Atlanta Journal-Constitution. The team plans to file more litigation in the coming days. 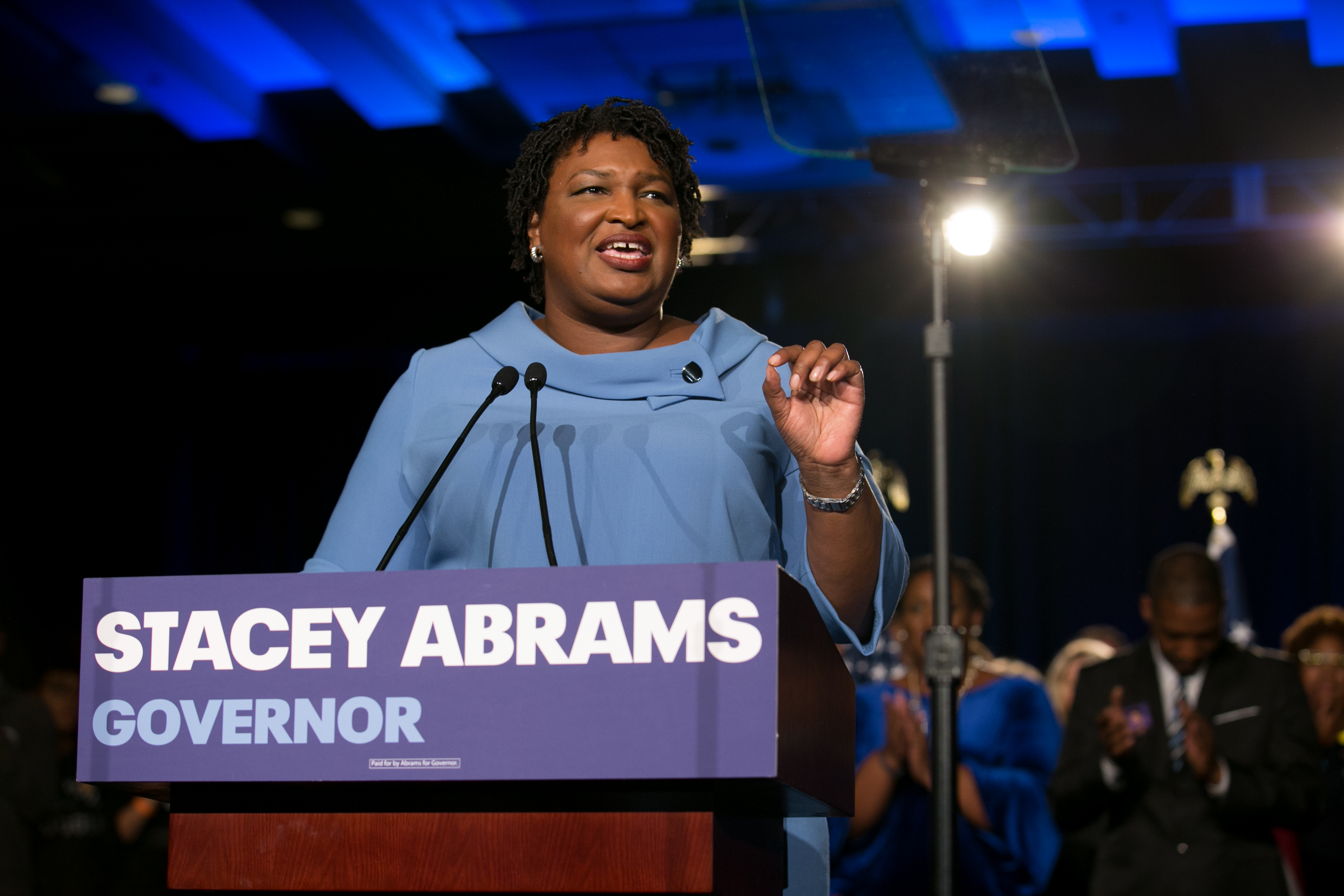 The secretary of state’s office released an unofficial list of the 21,358 provisional ballots cast in each Georgia county about an hour after Abrams’s press conference, reported Greg Bluestein of The AJC.

“These are at the center of [Stacey Abrams’s] push for a runoff,” Bluestein wrote Thursday.

Abrams’s team argued that Kemp’s lead of roughly 25,000 votes was not enough to grant him automatic victory because they claim 25,000 absentee and provisional ballots have not yet been counted. Much of Abrams’s campaign rhetoric has centered on accusing Kemp of suppressing the vote because during the race he served as Georgia secretary of state, a position that oversees elections.

“Our point is the one that has been made twice now,” Abrams litigation team member John Chandler said Thursday. “To put it very simply all the votes haven’t been counted. How can anybody claim a victory when there are enough votes that have not been counted that could cause a runoff here? … We believe everybody is entitled to have their vote counted.” (RELATED: Federal Judge Rules Against Republican Brian Kemp Days Before Close Georgia Governor Election)

Abrams’s campaign manager Lauren Groh-Wargo blamed Kemp for the uncounted ballots and claimed stacks of absentee ballots could be “sitting on somebody’s dresser in their home.”

“He owns this, and he owes the people of Georgia an explanation,” she said Thursday.

Abrams did not speak at Thursday’s press conference. Her team also emphasized a claim that ballots from Georgia residents serving overseas in the military had not yet been counted, despite the perception that members of the military are more likely to vote Republican.

Kemp declared victory over Abrams Wednesday before the race was officially called.

“Stacey Abrams can’t accept the fact that Georgians rejected her radical agenda at the ballot box, so now she’s desperately trying to steal this election in the courtroom,” Kemp’s communications director Ryan Mahoney told The Daily Caller News Foundation. “After realizing that it was mathematically impossible to win the race with votes outstanding, Abrams’ team has decided to file frivolous, politically motivated lawsuits that will force elections officials to break the law and add votes that didn’t exist on Election Day. Simply put: Abrams campaign is trying to create new votes, because they know it’s their only remaining hope.”

Kemp announced he was officially stepping down as Georgia secretary of state Thursday, reported WSB Atlanta.

Abrams has refused to concede.

“I promise you tonight, we are going to make sure every vote is counted,” she said early Wednesday morning hours after the polls closed Tuesday evening. “Every single vote. … The machinery of democracy should work for everyone, everywhere.”

Abrams and her supporters hoped that Kemp had not garnered enough votes, which would result in a runoff on Dec. 4, according to Fortune.

Kemp’s office announced Sunday that it opened an investigation into the Georgia Democratic Party for allegedly attempting to hack the state’s voter registration system.

“While we cannot comment on the specifics of an ongoing investigation, I can confirm that the Democratic Party of Georgia is under investigation for possible cyber-crimes,” a spokeswoman for the secretary of state, Candice Broce, said in a statement.

Abrams called the investigation “a desperate attempt on the part of my opponent to distract people from the fact that two different federal judges found him derelict in his duties,” Abrams said Sunday, according to CNN.

Abrams, Georgia’s former state House minority leader, repeatedly accused Kemp and his office of suppressing minority voters because of the “exact match” voter ID law that flags voter registrations with even slight discrepancies from other official identification documents, according to The Washington Post.