The number of refugees and migrants fleeing Venezuela amid the country’s severe economic downfall has now reached 3 million, the United Nations refugee agency announced Thursday, the most since 2015.

Data from national immigration authorities revealed surrounding countries in Latin America and the Caribbean have taken in nearly 2.4 million Venezuelans as the country undergoes one of the largest mass exoduses in the Western region’s recent history.

“Countries in Latin America and the Caribbean have largely maintained a commendable open-door policy to refugees and migrants from Venezuela; however, their reception capacity is severely strained, requiring a more robust and immediate response from the international community if this generosity and solidarity are to continue,” Eduardo Stein, the U.N. refugee agency and International Organization for Migration joint special representative for refugees and migrants from Venezuela, said in a statement. (RELATED: Venezuela’s Economic Crisis Is Turning Women To Prostitution In Colombia)

Venezuela has been suffering through a devastating economic crisis for the past five years that has left the country with a collapsed economy, hyperinflation and a complete breakdown of public goods and services, including deteriorating roads, food shortages, disturbing water cleanliness, failed electricity, high crime and a lack of adequate medicine for the sick.

Colombia currently has the highest number of Venezuelan refugees, totaling over 1 million, with some 3,000 more arriving every day. 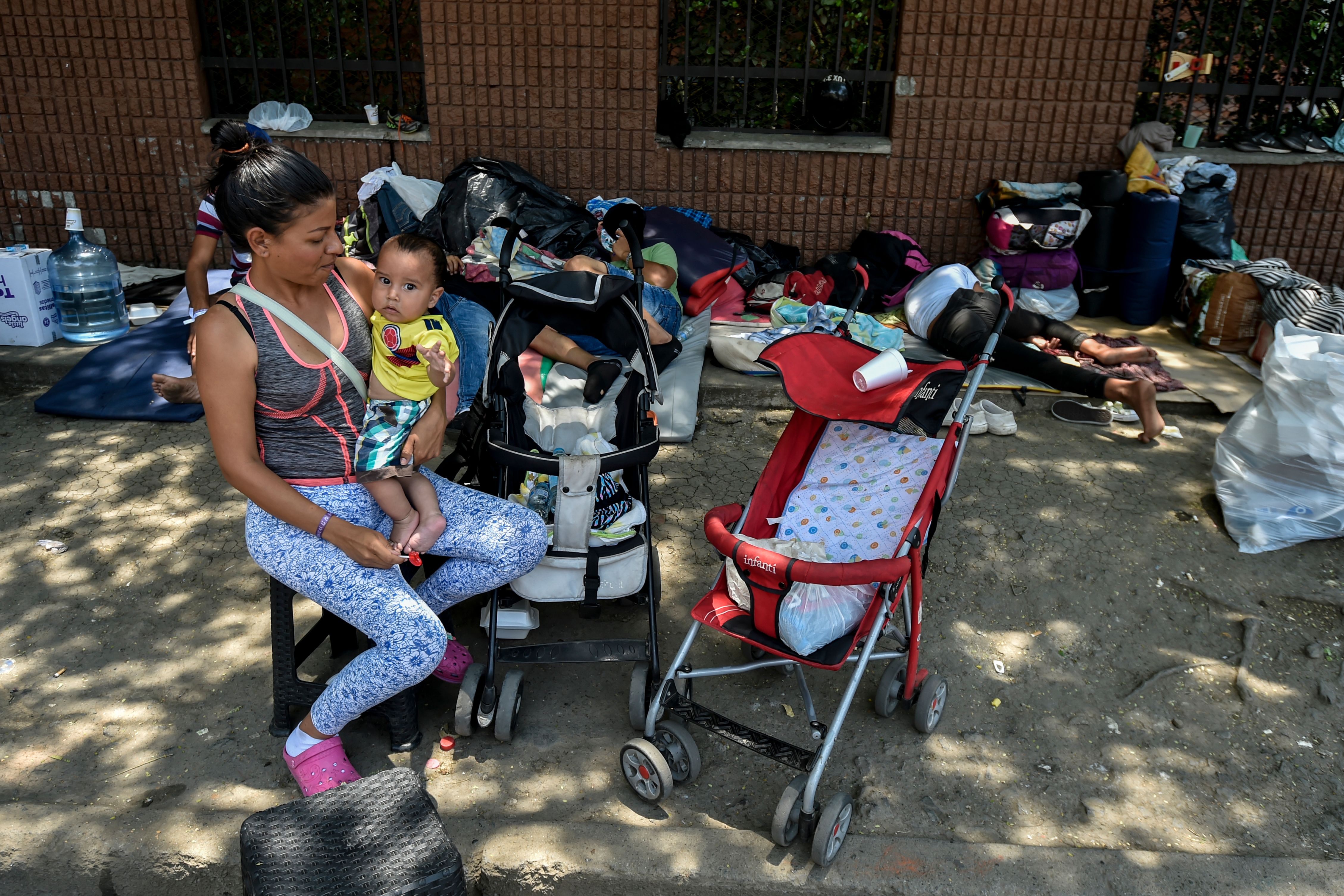 A Venezuelan migrant with her son rests on a street in Cali, Colombia, on Sept. 22, 2018. (Photo: LUIS ROBAYO/AFP/Getty Images)

Venezuela’s annual inflation rate hit 833,997 percent in October, according to The Wall Street Journal, keeping it on track to hit 1 million percent by the end of the year, as was projected by the International Monetary Fund (IMF) in July.

The World Bank has said these conditions are unlikely to change and surrounding countries should be prepared to take in more fleeing Venezuelans, the Miami Herald reported.

U.S. Ambassador the U.N. Nikki Haley visited the Colombian border in August to observe the humanitarian crisis in the region and announced that the U.S. would be giving nearly $9 million in aid to help support those fleeing Venezuela.