An academic study published by a University of Idaho associate professor claims that video games and the gaming industry perpetuate “technomasculinity,” which is potentially harmful to women and LGBTQ people.

Robin Johnson, the Director of the School of Journalism and Mass Communications at the University of Idaho, interviewed 20 game developers for his study, which asserts that “technomasculinity associates men with advanced computer proficiency, and it is one part of a structure of hegemonic masculinity,” according to the abstract. 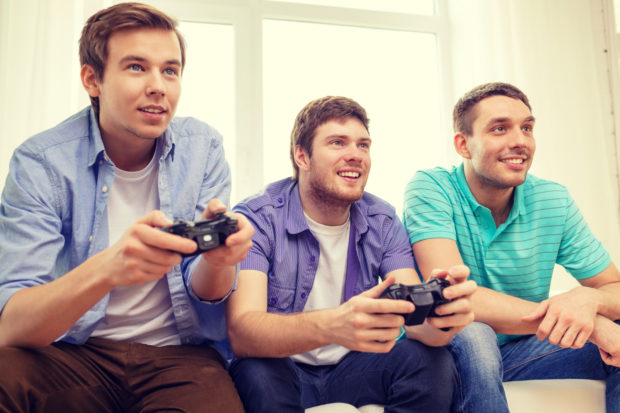 In an interview with PJ Media, Johnson described technomasculinity as “an expression of masculinity that is oriented toward the mastery of technology and skilled use of technological tools and systems.”

He went on to explain that “gender is socially organized in the West in a hierarchized binary differentiating men and women along supposedly natural or biological masculine and feminine traits,” and that “the association between technology, masculinity, and what we think of as skilled work is still fundamental to the gendered division of labor.”

The study is included in the larger series of essays entitled “Masculinities in Play“, which endeavors to “[address] the persistent and frequently toxic associations between masculinity and games,” and to “[explore] many of the critical issues in contemporary studies of masculinity―including issues of fatherhood, homoeroticism, eSports, fan cultures, and militarism―and their intersections with digital games, the contexts of their play, and the social futures associated with sustained involvement in gaming cultures.” 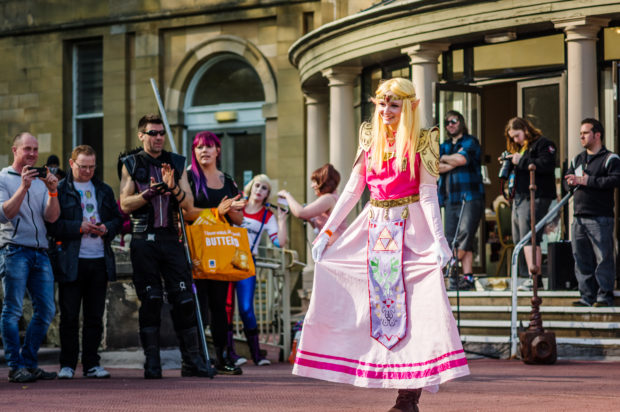 Scarborough, UK – April 08, 2017: Cosplayer dressed as ‘Princess Zelda’ from the ‘Legend of Zelda’ video games poses during a cosplay competition at Sci-Fi Scarborough.

What is our responsibility as scholars of masculinity and games in the contemporary movement—which is to say, a time when the most pernicious, reactionary, and destructive expressions of straight white masculinity stalk the highest political office in the United States, and where the path to a mythic greatness is to double down on patriarchy’s deep-seated investments in environmental, economic, and racial subjugation?

It is tempting to say games—and game studies—seem trivial in such a time of crisis and upheaval. But to do so would ignore the inextricable and numerous ways in which games have historically served (and continue to serve) neo-colonial white-supremacist capitalist patriarchy.

The book is part of a three-volume series entitled “Palgrave Games in Context“, published October by Palgrave Macmillan. The other volumes are “Feminism in Play” and “Queerness in Play”, and include scholarly essays with titles such as “Not So Straight Shooters: Queering the Cyborg Body in Masculinized Gaming“, “From Sirens to Cyborgs: The Media Politics of the Female Voice in Games and Game Cultures” and “What If Zelda Wasn’t a Girl? Problematizing Ocarina of Time’s Great Gender Debate“.