A federal grand jury charged alleged mail bomber Cesar Altieri Sayoc on a 30-count indictment Friday that could land him in prison for life, according to the Department of Justice.

Sayoc, 56, is suspected of sending 16 IEDs made from PVC pipes packed with explosive material and shards of glass to 13 high-profile Democrats and other national figures, including former Vice President Joe Biden and former Secretary of State Hillary Clinton, according to a DOJ press release Friday. 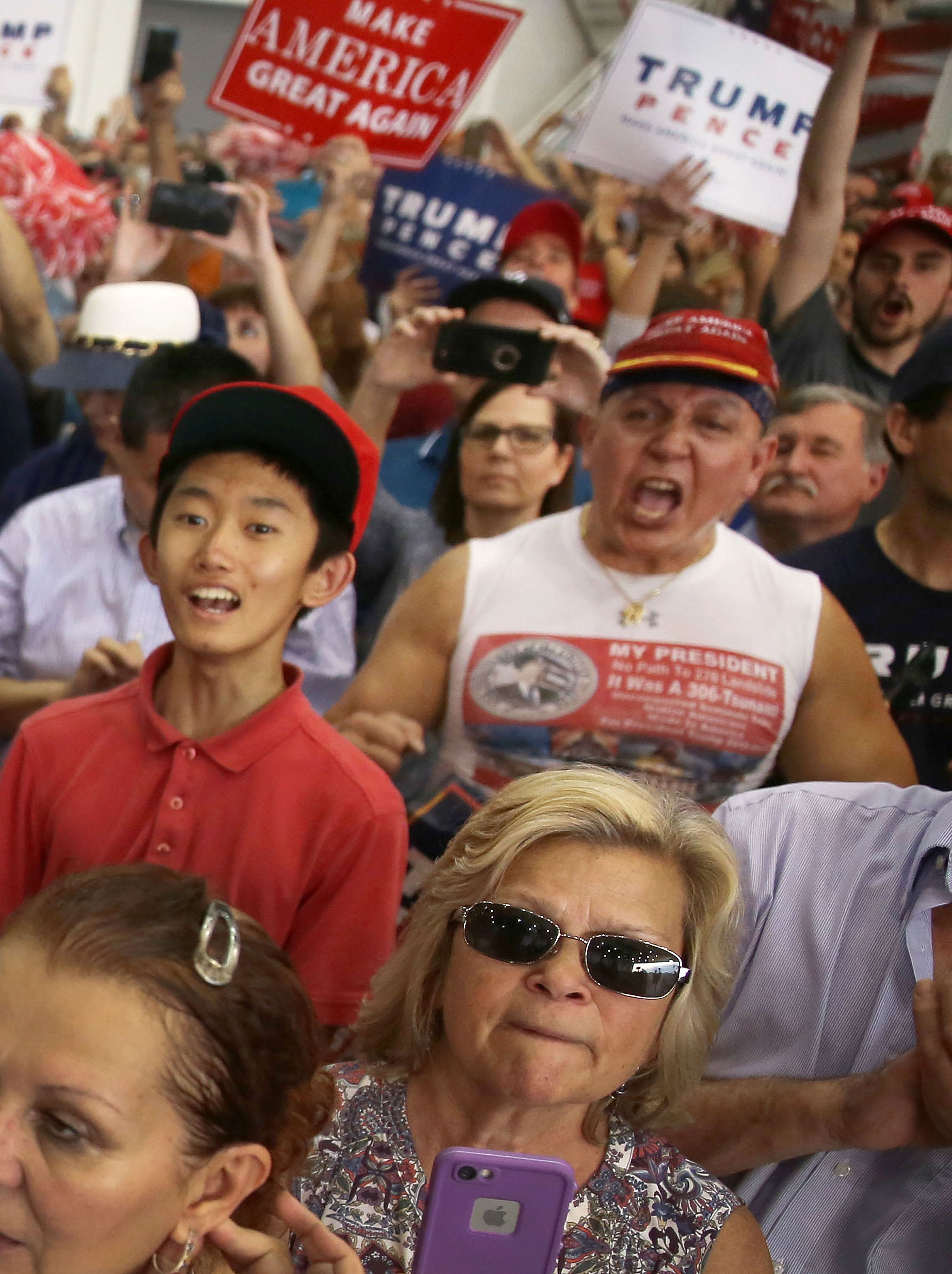 In this file picture from 2017, Cesar Sayoc (far right in red hat) is seen as President Donald Trump speaks during a campaign rally at the AeroMod International hangar at Orlando Melbourne International Airport on February 18, 2017 in Melbourne, Florida. Joe Raedle/Getty Images

The charges include five counts of using a weapon of mass destruction, which carry a maximum penalty of life in prison, and five counts of interstate transportation of an explosive. Each of the latter counts could mean 20 years in prison.

“Sayoc’s alleged conduct put numerous lives at risk.  It was also an assault on a nation that values the rule of law, a free press, and tolerance of differences without rancor or resort to violence,” U.S. Attorney Geoffrey S. Berman said in the release. (RELATED: Stormy Daniels Performed At Same Strip Club Where Alleged Bomber Worked)

The FBI also analyzed Sayoc’s cellphone and found that he had internet searched phrases like “address Debbie wauserman Shultz” on July 26 and “address kamila harrias” Sept. 19, according to the DOJ press release.

Investigators honed in on Sayoc using clues including a fingerprint found on several of the packages, according to the DOJ.

The intended recipients of the packages known so far are:

The office of Democratic Florida Rep. Debbie Wasserman Schultz also received a package because the office’s address was the return address of a package.