The NFL patriarch revealed to TMZ Sports on Friday that Eli is aware that his skills are slipping … and he’s been thinking about retirement almost as much as the rest of the sports world has. (RELATED: The Giants Locker Room Is Reportedly Split Over The Whole Eli Manning Situation)

And according to the older Manning, Eli’s eyeing one team, in particular, to live out his final days in the league.

“I know he doesn’t want to,” Archie told TMZ Sports. “Eli’s theory is kinda, ‘Go win a game.’ So, that’s kinda mine, too. Hopefully, they can go win a game and win another game.”

With Eli at the helm, the Giants have been 4-20 in their last 24 games played. He was benched once, and that didn’t go over so well. So the entire franchise almost feels like it’s in limbo. 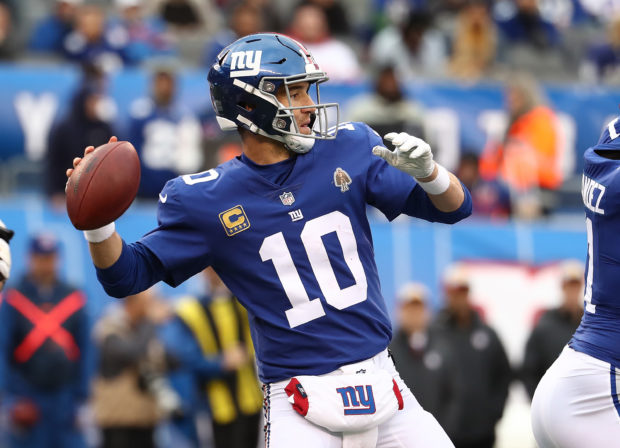 EAST RUTHERFORD, NJ – OCTOBER 28: Eli Manning #10 of the New York Giants in action against the Washington Redskins during their game at MetLife Stadium on October 28, 2018 in East Rutherford, New Jersey. (Photo by Al Bello/Getty Images)

But Archie thinks Eli still has something left in the tank.

“I think they can win some games and get going in a good direction,” he added. “Eli, I always said, [is] a quarterback north of 35 [who] can play if he’s healthy and as long as his team’s good. The last couple of years we haven’t been that good, so hopefully, they can turn that around [for the] second half of the season.”

We’re all crossing our fingers for the 37-year-old QB.