There’s a special bond Marines have with their rifles. If you know a Marine, just ask. I was imbued with that bond between my rifle and myself more than a quarter of a century ago as a jittery and shaved-bald recruit at Marine Corps Recruit Depot Parris Island, S.C. It was there I memorized The Rifleman’s Creed.  I also learned to shoot, maintain and fall in love with the tool of our trade in the military.

This is my rifle. There are many like it, but this one is mine.

My first issued rifle was an M16-A2. It was the distinctive rifle with iron sights and carrying handle, but you didn’t want to be caught dead carrying it that way by a drill instructor. I learned that rifle inside and out. I swung that 7.89-pound rifle in unison with the rest of the platoon while we marched. I struck targets at 500 yards.

It’s a deep-seated affection that’s never faded. If anything, it’s grown. My wife will attest to a full gun safe to that fact. I was privileged to serve a career in uniform, and fortunate to start a second career in the industry that arms our law-abiding citizens, hunters, recreational shooters – and yes – our men and women in the Armed Forces.

On Sunday, Nov. 11, we pause as a nation to honor our veterans. It is a solemn day when we recognize the service and sacrifice of the men and women who protect our nation and our way of life. It’s also a moment when I can’t help but be reminded of the firearms and ammunition industry that serves the military.

We know it is the hits that count. We will hit.

Our industry has served this nation since its inception. George Washington scouted and approved the site upon which Springfield Armory was built. The factory churned our rifles, even machine guns and grenade launchers for almost two centuries that our military carried into war. John Moses Browning’s designs have seen service in WWI, WWII, Korea, Vietnam, the Persian Gulf, Somalia, and the wars in which I served in Iraq and Afghanistan. 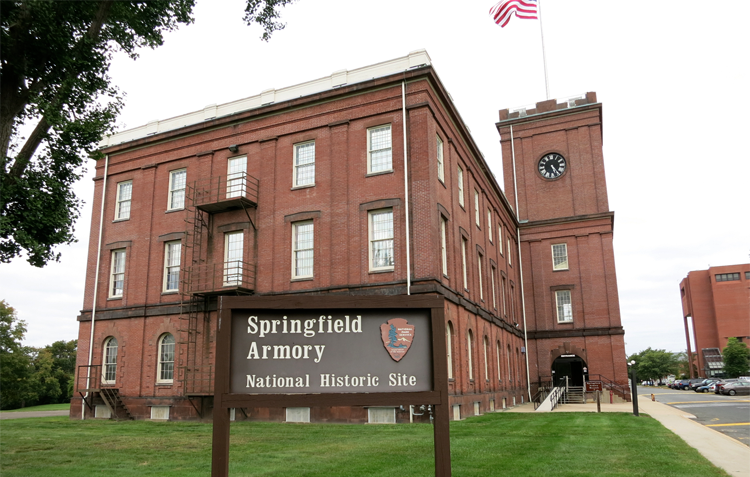 The military continues to search for the next best thing, fielding new M-17 modular handgun systems and is searching for the next generation of military arms and even considering changing calibers. Our industry, the companies that make these rifles, pistols, machine guns and the ammunition that feeds them, are deeply invested in making sure that when our forces go into harms’ way they deploy with the most accurate and reliable technology available.

My rifle is human, even as I, because it is my life.

My life, and more importantly the lives of the Marines on each side of me, was dependent upon these firearms working in the most austere of environments. We knew this in the marrow of our bones. Rifles got cleaned before our bodies. Magazines were filled before bellies.

The firearms industry shares that same mission focus. Our member companies take deep pride knowing that our troops carry their products. They are humbled to have displayed on their company’s walls folded American flags brought back from war zones, because veterans were able to rely on those firearms to defend their lives.

My rifle and myself are the defenders of our country.

Our industry makes rifles, shotguns, and handguns that law-abiding Americans use every day. They are used to gather together for a day at a range, to hunt and put food on the table that was earned with days in the field. They are used for self-defense. It’s the freedoms for which I – and countless other veterans – want all Americans to enjoy.

I’m in good company here at NSSF. Our foundation deeply cares for our military. Our staff includes veterans and the families of veterans. Our industry is full of veterans, all sharing the same thought.

It was an honor to serve in uniform. And it’s an honor now to serve those in uniform. With our deepest respect to all veterans, thank you for the freedom we enjoy. Semper Fidelis.

Mark Oliva is Manager, Public Affairs for the National Shooting Sports Foundation, the trade association for the firearms and ammunition and industries. He is a retired Marine Master Gunnery Sergeant with 25 years of service, including tours in Iraq, Afghanistan, Haiti, Albania and Zaire.