A Tennessee hospital fired a man Thursday who wore a T-shirt with a Confederate flag and noose to the polls, prompting backlash after a bystander snapped a photo of the Mississippi man.

After the photo was posted on social media, the man was identified as Clayton Hickey, a former cop and current emergency medical technician (EMT) at Regional One Health, according to the New York Post. The man was voting in Olive Branch, Mississippi, when the photo was taken, according to FOX13.

“How could someone feel comfortable coming out in public, let alone to a polling station, with a shirt like that?” said the man who allegedly snapped the photo of Hickey, according to WREG News Channel 3. The man requested to remain anonymous because he is not sure of what Hickey may be capable of, the CBS affiliate reported.

Regional One Health in Memphis, Tennessee, tweeted out a response to the photo Wednesday. “We take the health and well-being of our patients & the community we serve seriously,” it said. “All allegations of inappropriate behavior involving employees are reviewed & investigated. We are aware of a photograph in circulation, we are investigating and will take appropriate action.” 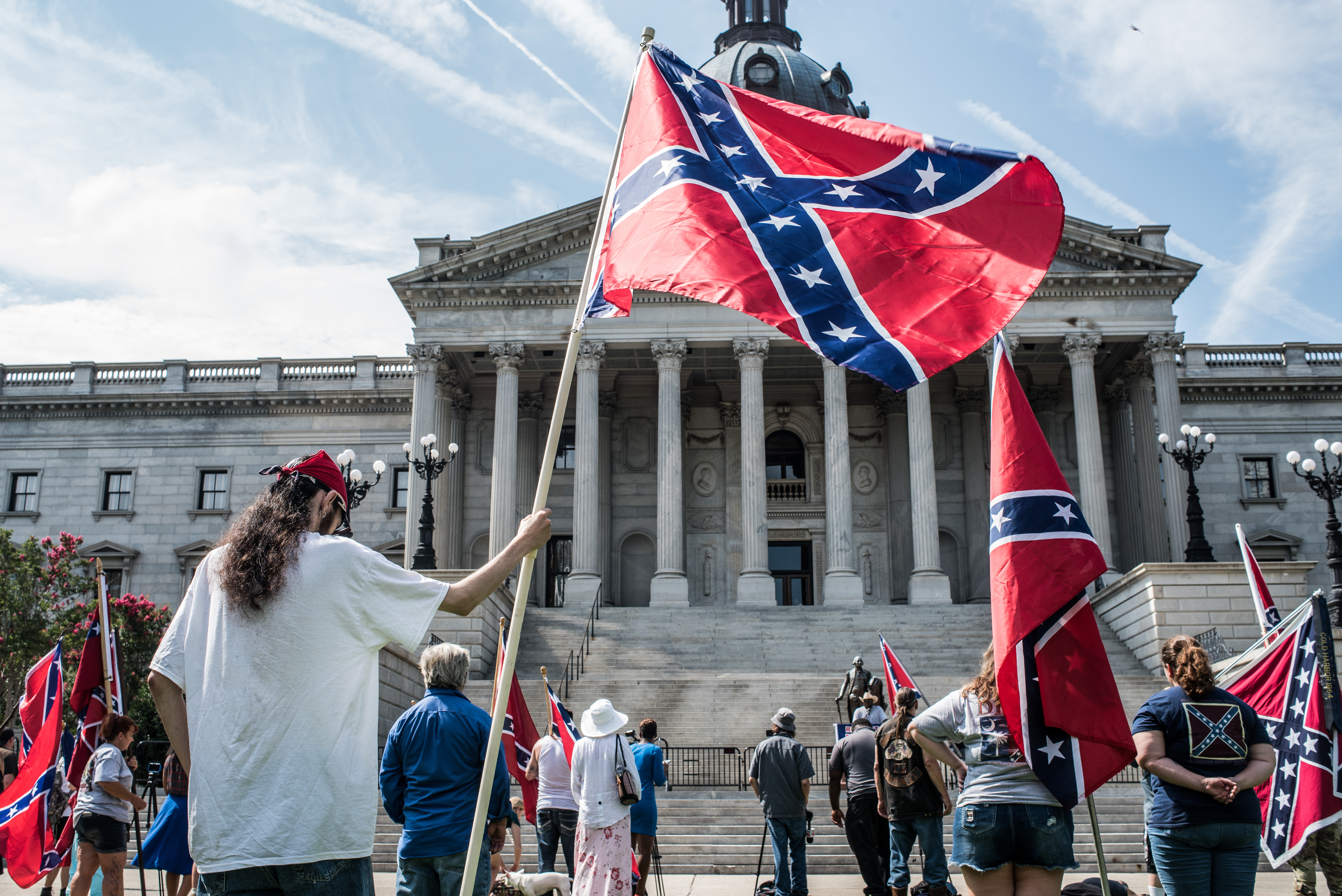 Regional One also received a slew of messages on Tuesday, Wednesday and Thursday about the photo, according to the Post. (RELATED: Here’s How Marijuana Did At The Polls)

The hospital also said it “understand[s] and appreciate[s] the intense feelings related to this situation,” but vowed to investigate the incident fully before taking any action.

“As of today, November 8, 2018, we have completed our investigation and what we learned led to the termination of the employee in question,” the hospital tweeted Thursday, announcing that it had fired Hickey.

“He’s nice as far as I have seen,” a neighbor of Hickey told WREG. “He came out and helped me do some stuff. I don’t think he’s wanting to start trouble.”

Mississippi bars residents from wearing clothing emblazoned with a candidate’s name or face at the polls, according to WREG.

California, Alabama, Georgia, Mississippi and South Carolina have signed legislation or called for the Confederate flag to be removed from public places, according to Esquire.