A Houston Chronicle investigation into the alleged fabrication of sources by a reporter has been completed and the results do not reflect well on the man in question.

In September, the paper launched an investigation into Mark Ward and many of the sources he used in his stories after a co-worker raised concerns. (RELATED: Houston Chronicle Reporter Resigns After Allegedly Making Up Sources) 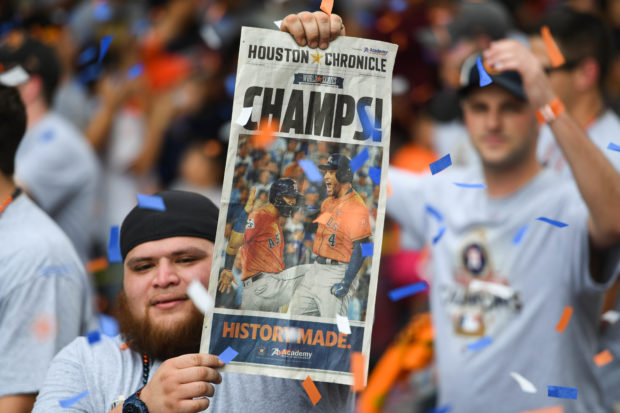 “To help us ferret this out, we have hired an independent, highly respected journalist to review Ward’s work for the last year, or further, if necessary, and determine whether any reporting transgressions occurred,” a note from the editor said.

The investigation was thorough, with investigators combing through more than 700 stories written by Ward between January 2014 and August 2018.

A team of three pulled out the names of 275 individuals who were presented as ordinary Texans and made every effort to find them. Of the 275 people quoted, 122, or 44 percent, could not be found. Those 122 people appeared in 72 stories. It’s impossible to prove that these people do not exist, only that with extensive research and digging, the team could not find them.

The conclusion of the investigation has led to the paper retracting eight stories and “correcting an additional 64 stories, each of which had at least one unconfirmed source but whose premise did not rest on an unconfirmed source,” according to an updated note from the editor.