Kim Kardashian shared with her followers that she was forced to evacuate her home in Calabasas, California, Thursday night due to the Woolsey wildfire.

The 38-year-old reality TV star was just getting back home when she looked out the window of a private plane and saw the flames. She said they only had one hour to pack up everything they need and get her kids ready before they had to leave the area, according to E! News Friday.  (RELATED: PHOTOS: Kim Kardashian Goes Out In NYC Wearing Blazer And Sheer Bra) 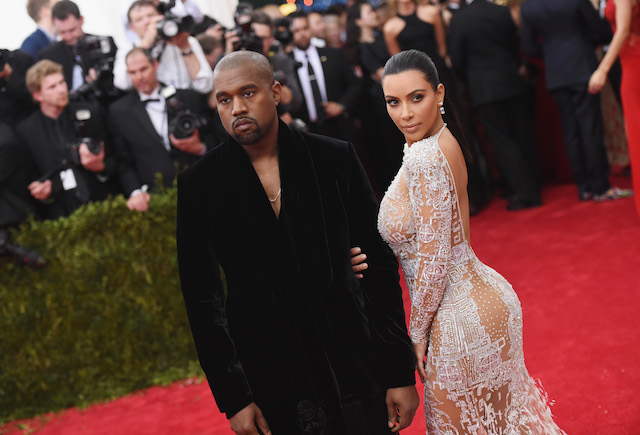 “Pray for Calabasas,” the “Keeping Up With The Kardashians” star wrote on Instagram. “Just landed back home and had 1 hour to pack up [and] evacuate our home. I pray everyone is safe.”

In a separate post, she captioned it, “Firefighters are arriving. Thank you for all that you do for us.”

“They are evacuating everyone right now from all of their homes,” Kardashian shared in a clip of her leaving with the voice of one of her three kids heard in the background.

Sisters Kourtney Kardashian and Khloe Kardashian kept their fans up to date via their social media accounts, sharing that they also had to leave the area.

“I pray that everyone is kept safe and protected from these fires,” the 39-year-old reality star wrote. “No Calabasas tonight.”

I am with Rob, Dream and True and I am up keeping watch! Saying prayers and thanking all of the brave firefighters who risk their lives for us https://t.co/eVlJgWSqVd

I can not sleep! I am too nervous with these fires #MamaKoKo

“Charmed” star Alyssa Milano tweeted that she had to evacuate and took just her “kids, dogs, computer and Doc Marten boots.”

“I just had to evacuate my home from the fires. I took my kids, dogs, computer and my Doc Marten boots. (Husband is in NY. Horses are being evacuated by my trainer.)” Milano wrote Thursday night.

I just had to evacuate my home from the fires. I took my kids, dogs, computer and my Doc Marten boots.

(Husband is in NY. Horses are being evacuated by my trainer.)

Other big-name celebrities in the area posted on their social media accounts that “things just got real.”

My House has been evacuated due to nearby fires in Thousand Oaks. (The pigs & dogs are fine, thank you) Please send your prayers to the people of Thousand Oaks and the victims of the shooting that are now having to evacuate their homes and neighborhoods. Then send them some cash.

That’s it.
We’ve been evacuated from Old Agoura.
Things just got real.
Damn.

Several fires broke out Thursday in Los Angeles and Ventura counties, according to CNN. As of Friday, the Woolsey had spread to 8,000 acres and caused evacuation orders for 75,000 homes.

Another one, called the Hill Fire, had scorched 10,000 acres and is just blocks away from the bar where 12 people were killed in a mass shooting.

1
NBC News Spent Weeks Reporting On A Contributor's Journey Battling Coronavirus – But Now He Says He Never Had It
Media
2
Mueller Defends Investigation Of Roger Stone After Trump Commutes Prison Sentence
Politics
3
'Counter To Science': Dr. Scott Atlas Makes The Case For Reopening Schools In The Fall
Editorial
4
Police Reportedly Seize Rifle From St. Louis Couple Who Warded Off Protesters In Viral Video
US
5
'I Made A Regrettable Mistake': ESPN Reporter Apologizes For Telling Sen. Josh Hawley 'F**k You'
US