MSNBC anchor Chris Matthews suggested outlawing “thoughts and prayers,” as a response to mass shootings on his show Thursday evening.

Matthews was discussing the latest mass shooting in Thousand Oaks, California, with his guest, California Democratic Rep. Jackie Speier. Both suggested that people who offer thoughts and prayers to the victims of shootings don’t actually care about the victims.

“The moments of silence are about all Congress has the guts to do — it’s not good enough,” Speier said.

“You mean thoughts and prayers?” Matthews said sarcastically. “I’m sorry, I mean, that should be outlawed.” (RELATED: NBC Made Payment To Staffer After Sexual Harassment Claim Against Chris Matthews)

Matthews added that he knows thoughts and prayers are “well intended in some cases,” but Speier interjected, saying, “No, it isn’t.”

Matthews conceded, “Usually, it’s a throwaway line by a staffer who knocks off some script, some product, some wordage for somebody political to make it sound like they give a damn.” (RELATED: Sources: Chris Matthews Runs Abusive Work Environment)

Speier added that the victims “don’t give a bloody you-know-what” about moments of silence and thoughts and prayers. 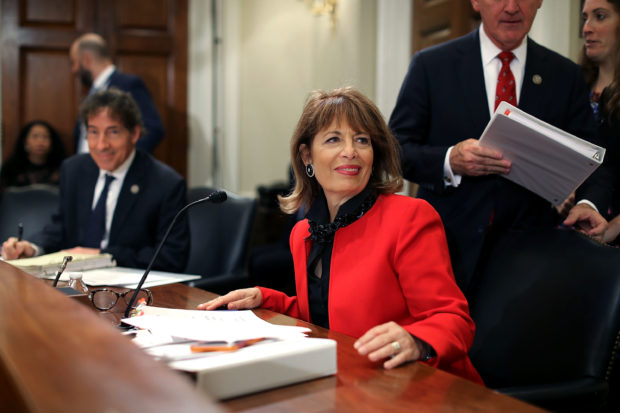 Speier was shot five times while fleeing Jonestown in 1978.