Democrat Kyrsten Sinema has won over Republican Martha McSally in the razor-thin election to become Arizona’s next U.S. senator.

“With half a million ballots left to count, we remain confident that as votes continue to come in from counties across the state, Martha McSally will be elected Arizona’s next senator,” McSally campaign CEO Jim Bognet said in a Thursday statement.(RELATED: Literal Skeletons In Kyrsten Sinema’s Closet Come Back To Haunt Her As Senate Race Tightens Up)

“Arizonans must have faith that their votes are counted, and we are working diligently to ensure that count proceeds in a fair, transparent, and timely manner that voters can trust,” Sinema campaign manager Andrew Piatt stated Thursday, adding that he believed his candidate would prevail.

The sluggish vote count is a perennial issue in Arizona, a state where 75 percent of voters cast their ballot by mail. McSally, for example, waited over a week until her first race in the 2nd congressional district was called in 2012, a contest she ultimately lost. She was successful in her second attempt in the 2014 midterms —  after a recount was completed a month later. 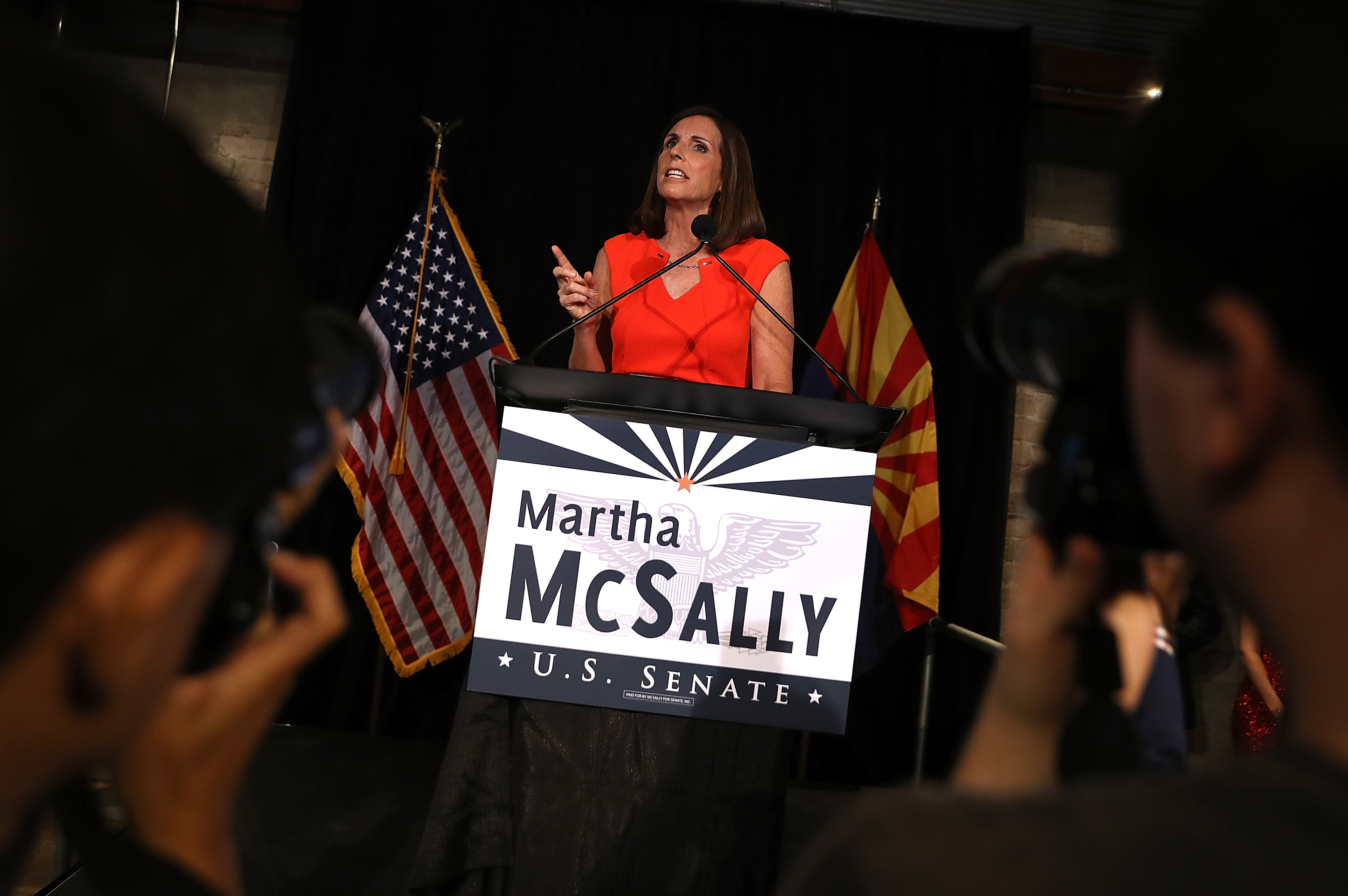 The protracted vote count this go-around has attracted a lawsuit by Arizona Republicans, who argue county recorders are not using a uniform process to verify mail-in ballot signatures and that two counties allowed voters to verify their signatures after Election Day. The lawsuit — initiated by four county GOP parties — seeks to stop the counting of ballots that were verified after the polls closed.

In an unusual circumstance, Green Party candidate Angela Green has played an outsized role in this election. Despite dropping out of the race five days before Election Day and announcing support for Sinema, the third-party candidate has so far earned 43,838 votes, a far greater margin than what separates McSally and Sinema.