Sunny Hostin said that President Donald Trump “has a problem with anyone that will challenge him, much like many dictators.”

The comments came during a panel discussion Friday on “The View” over comments Trump made about CNN’s Jim Acosta and  April Ryan at a press gaggle at the White House before heading to France Friday. (RELATED: Meghan McCain Blasts Trump At John McCain’s Funeral Service: ‘America Was Always Great’)

“Why is he picking on April Ryan? Jim Acosta, we know he’s had it over here for him for a while, but April Ryan, what has she done to him,” Joy Behar asked.

“He has a problem with anyone that will challenge him, much like many dictators have that problem,” Hostin replied. “He doesn’t want you to believe your eyes. That’s what the problem is. And for this president to call anyone unprofessional is really rich. Really rich.”

“I mean, what happened to elegance and class in the White House,” she added. “I mean, it left, right, when [Barack] Obama left.
I’m disgusted.” 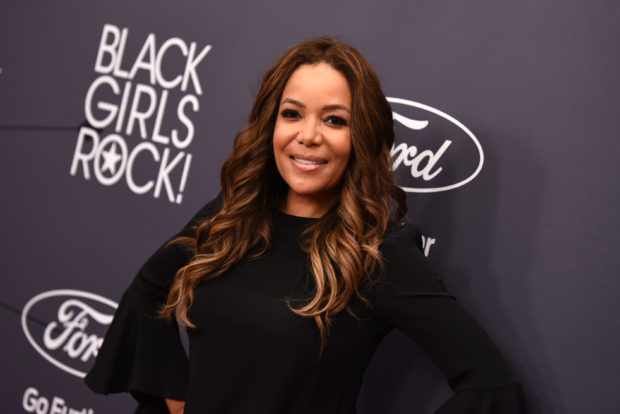 Behar then said she would “give a shout out to Ronald Reagan,” while Ana Navarro interjected with “or George W. Bush.”

“In all the years that I’ve been on this planet — all 40 years — I’ve never heard a president say to a news person, ‘You’re stupid. That’s stupid,'” Behar explained. “I have never heard that.”

“Abby Phillips,” she added. “Let’s look at her picture, what has she got in common with that April Ryan?”

“Oh, you mean the black woman on the left,” Hostin replied.

Navarro then wanted to redirect the conversation and said that “just three weeks ago, over 12 explosive devices were sent in the mail, including three to CNN. And here he is calling the press the ‘enemy of the people.’ Here, he personally adds homonym attacks against the press.”

Meghan McCain then interjected and reminded the ladies that Antifa protestors “stormed Tucker Carlson’s house to the point that his wife had to barricade herself and call 911. ”

“It’s not just on the Left,” she added, with both Behar and Navarro condemning the attack on Carlson, co-founder of The Daily Caller and host of “Tucker Carlson Tonight” and his family.

“I agree with you. I can’t stand Tucker Carlson’s raps, but that should not happen to anybody,” Behar shared.