A convicted criminal awaiting deportation back to Burundi is suing the Canadian government for $65 million CAD ($49 million USD) because he alleges his Charter rights were violated while in a detention center.

Refugees sit outside one of the tents set up to house the influx of asylum seekers by the Canadian Armed Forces near the border in Lacolle, Quebec, Canada Aug. 10, 2017. REUTERS/Christinne Muschi

As CBC News reports, Prosper Niyonzima came to Canada in 1995 as a refugee in the aftermath of the Rwandan civil war and genocide. But he was headed for deportation after a series of criminal convictions for breaking and entering, theft and drug trafficking. He had been in a detention center since 2012 but was let out on a temporary resident permit. He has been making full use of free legal aid available to anyone awaiting deportation. (RELATED: Judge Delays Toronto Man’s Deportation Because Of MS-13 Tattoos)

In a lawsuit filed on Oct. 29 in Ontario, Niyonzima said he experienced a severe mental collapse in 2013 that left him catatonic.

In 2017, Canadian Prime Minister Justin Trudeau presented convicted terrorist and killer Omar Khadr with a formal apology and $10.5 million (CAD) because he believed the former Guantanamo Bay detainee’s Charter rights had been violated. Khadr had not yet taken the Canadian government to court to demand “compensation.” 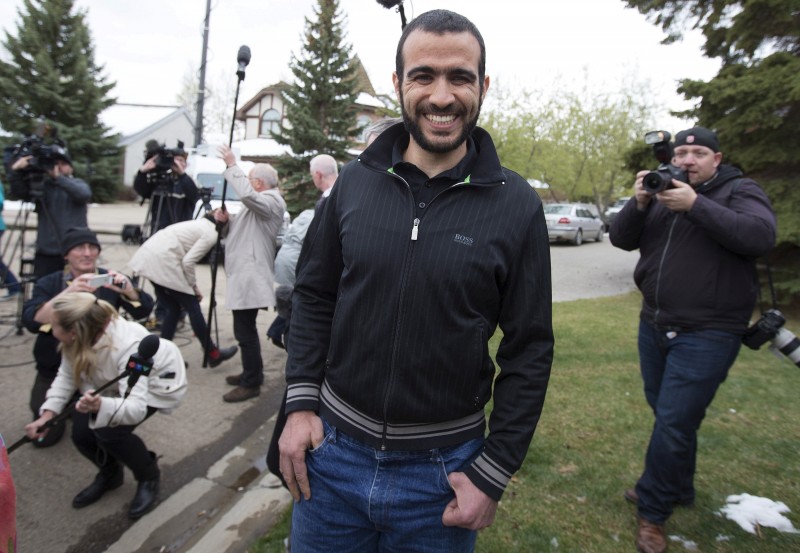 FILE PHOTO: Omar Khadr leaves a news conference after being released on bail in Edmonton, Alta., May 7, 2015. Khadr, a Canadian, was once the youngest prisoner held on terror charges at Guantanamo Bay. REUTERS/Todd Korol/File Photo

Niyonzima also accused the government of withholding adequate food, clothing, medical care and exercise while they allegedly only allowed him to shower three times in one year. He also charged that he received “painful and forcible” electroshock therapy while incarcerated. (RELATED: Trudeau Government Springs For Another Month Of ‘Free’ Hotels For Illegals)

“Honestly, it was just really, really hard to deal with that,” Niyonzima told CBC Toronto. “It’s just the worst thing that could happen to me.”

OPINION
1
FARRELL: Benghazi Terror Attacks Led To Crossfire Hurricane
Opinion
2
The 'Holy Grail': Here’s A List Of The Famous People In Jeffrey Epstein’s ‘Black Book’
US
3
'It's Over': Atlanta Mayor Says Protesters Should Clear Out After 8-Year-Old Girl Shot And Killed
US
4
Ellen Pao: 'We Knew About' Ghislane Maxwell 'Supplying Underage Girls For Sex'
US
5
Here's How Dem Candidates Who Supported Ocasio-Cortez's Green New Deal Are Faring In The Primaries
Elections