California’s raging wildfires are responsible for bulldozing one of the state’s smallest towns, and officials believe the town of roughly 20,000 retirees and blue-collar workers will likely never recover.

The fires killed 29 in Paradise, California, a town of 27,000 people that lost over 95 percent of its structures, according to Kit Bailey, assistant chief at the governor’s Office of Emergency Services. The number of dead could increase as the biggest fire is only a quarter contained.

“There is no housing to support a population to support its own economy,” Bailey told the Los Angeles Times Monday.

Footage shows two homes that were completely demolished as a result of the Camp Fire that wiped out the town of Paradise. At least 29 civilians have been killed in this fire, one of several burning across the state. https://t.co/6TLMG4Rc1O pic.twitter.com/Vw1u1G6O9T

The three major fires — Camp Fire, Hill Fire and Woolsey Fire — scorched more than 300 square miles, mostly in Northern California, according to Cal Fire. Hundreds of thousands were forced to evacuate, including 160,000 from Los Angeles, where the Woosley Fire and smaller Hill Fire burned.

Reports suggest that utility PG&E may be to blame for at least one of the deadly blazes. State officials earlier in 2018 blamed PG&E power lines, conductors and power poles for 12 deadly Northern California fires that raged in 2017. (RELATED: Arizona Firefighters Head To California To Help Battle Blazes Rampaging State) 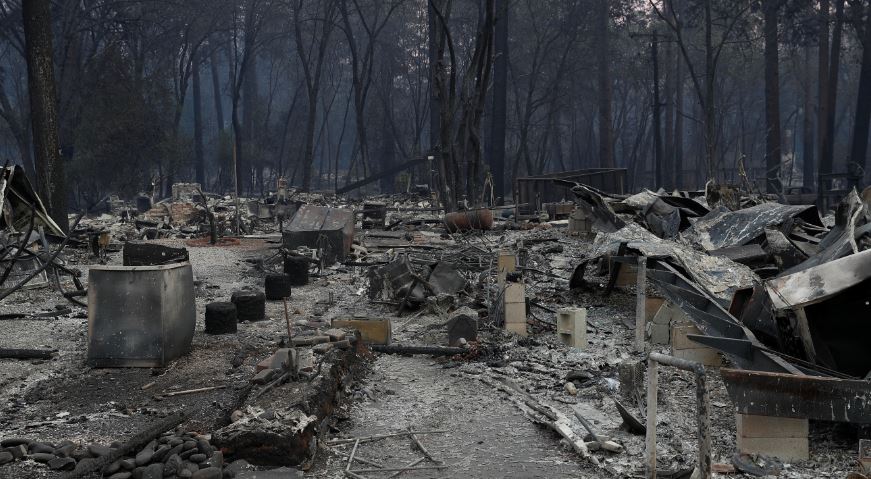 A view of homes destroyed by the Camp Fire is seen in Paradise, California, U.S. November 11, 2018. REUTERS/Stephen Lam

A group of deer walk through properties destroyed by the the Camp Fire in Paradise, California, U.S. November 9, 2018. REUTERS/Stephen Lam 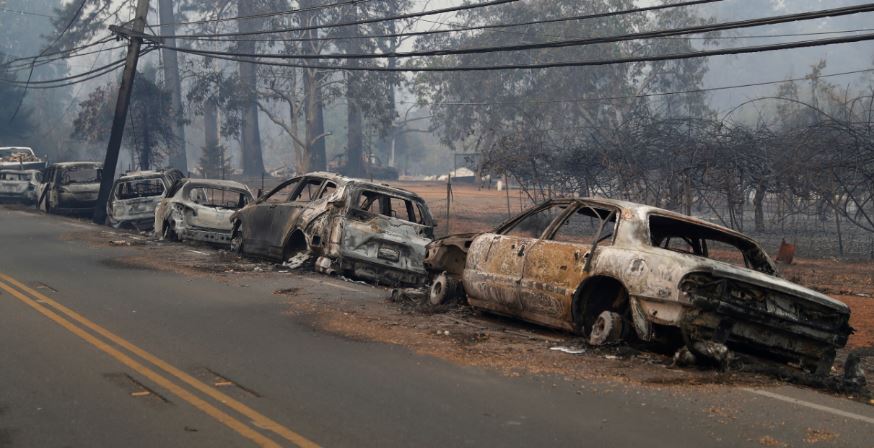 A row of burned vehicles are seen on Skyway during the Camp Fire in Paradise, California, U.S. November 9, 2018. REUTERS/Stephen Lam

Paradise resident Shane Bender was one of a handful of holdouts from the Camp Fire that officials say destroyed 6,435 homes and 260 commercial structures, the most damaging fire in recent California history. Destruction from the fires equals that of the 1933 Griffith Park disaster in Los Angeles.

“I’m having a hard time grasping what happened here,” Bender said. “I moved a year ago. I was just getting to know my neighbors. All good people.”

“We’re resilient people, and I have faith that Paradise will come back,” Alvies said, “it damn well better.”