The back-and-forth election saw both candidates take the lead at different times before the November elections. McSally trailed Sinema for much of the beginning of the campaign, but saw her numbers rise after Sinema — a former activist against the Iraq and Afghanistan war — dealt with numerous embarrassing headlines emanating from her past.

McSally originally led in the vote count. However, Sinema was able to rack up mail-in votes following Election, eventually surpassing her Republican opponent.

Before becoming a U.S. representative, Sinema was involved in numerous protests against the war in Afghanistan and Iraq, with some of her past actions resurfacing. In 2003, a group she co-founded distributed flyers that depicted U.S. soldiers as skeletons. During a radio interview in 2003, Sinema is on record saying she didn’t care if Americans took up arms to join the Taliban. (RELATED: Martha McSally Demands Kyrsten Sinema Apologize To Vets For Saying She Doesn’t Care If Americans Want To Join The Taliban)

McSally, on the other-hand, was fiercely attacked for her vote in the House to repeal Obamacare, a law she has long criticized.

“Well, Sean, I did vote to repeal and replace Obamacare on that House bill — I’m getting my ass kicked for it right now because it’s being misconstrued by the Democrats,” McSally said in an interview with Sean Hannity in late October. 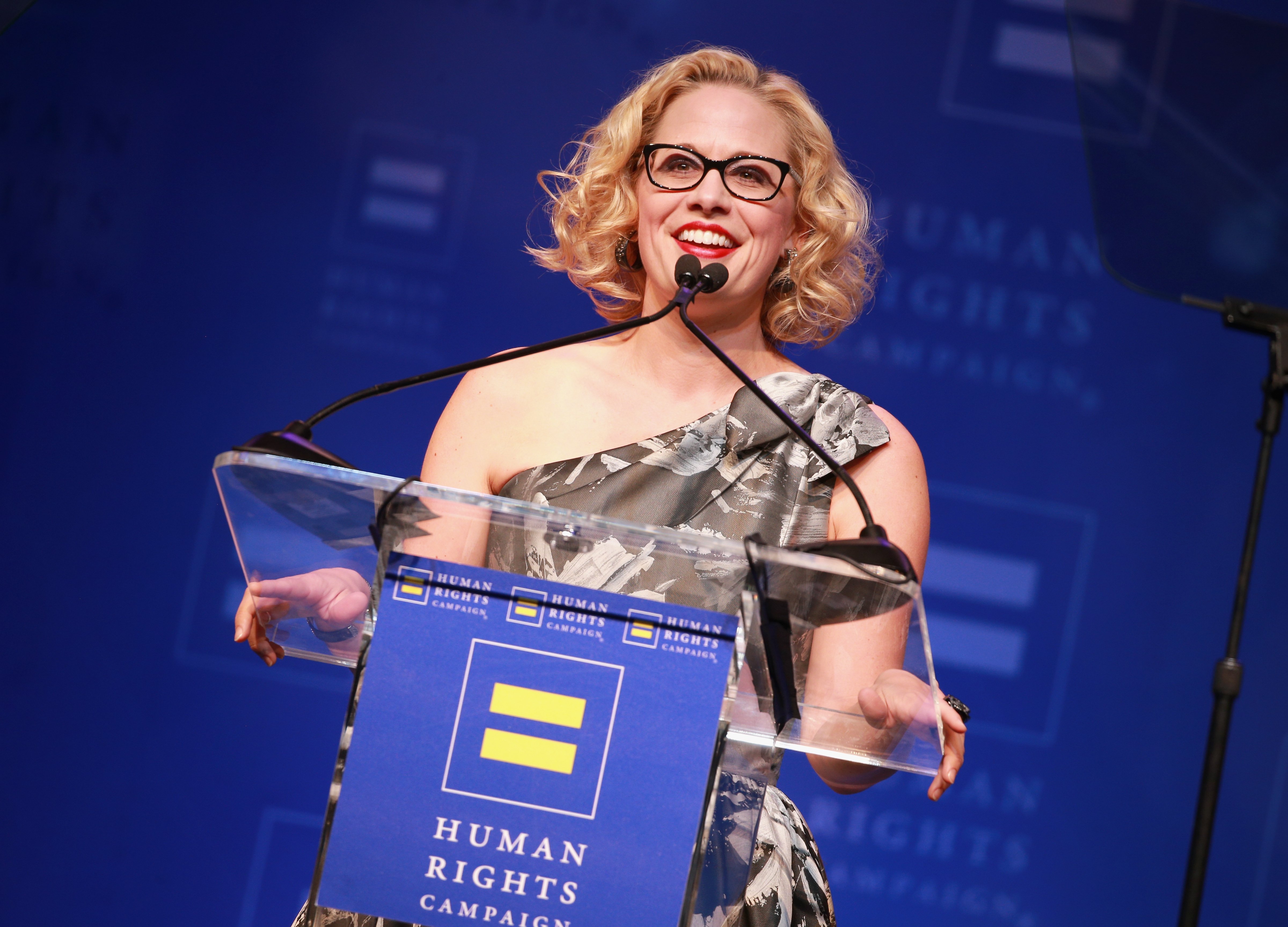 The Real Clear Politics average of polls gave McSally a one-point lead in the run up to Election Day. While all within the margin-of-error, three of the latest surveys included the RCP average showed McSally ahead.

The Associated Press called the election on Monday night.

McSally took to Twitter to concede and thanked her supporters.

Congrats to @kyrstensinema. I wish her success. I’m grateful to all those who supported me in this journey. I’m inspired by Arizonans’ spirit and our state’s best days are ahead of us. pic.twitter.com/tw0uKgi3oO