Cardinal Daniel DiNardo, president of the USCCB, announced Monday that the Vatican had instructed U.S. bishops to postpone their vote on adopting a new code of conduct for bishops, which would hold them accountable for committing or failing to report abuse, until a February meeting of bishops’ conference presidents from around the world in Rome. The Vatican also instructed them to delay their vote on establishing a lay commission to oversee investigations of reported clergy sexual abuse. (RELATED: Pope Francis Claims Catholic Clergy Are Being Persecuted … Amid Abuse Crisis)

“At the insistence of the Holy See, we will not be voting on the two action items,” DiNardo told the bishops, according to The Washington Post.

“Although I am disappointed that we will not be taking these actions tomorrow, I remain hopeful this additional consultation will ultimately improve our response to the crisis we face,” he added, according to America Magazine. 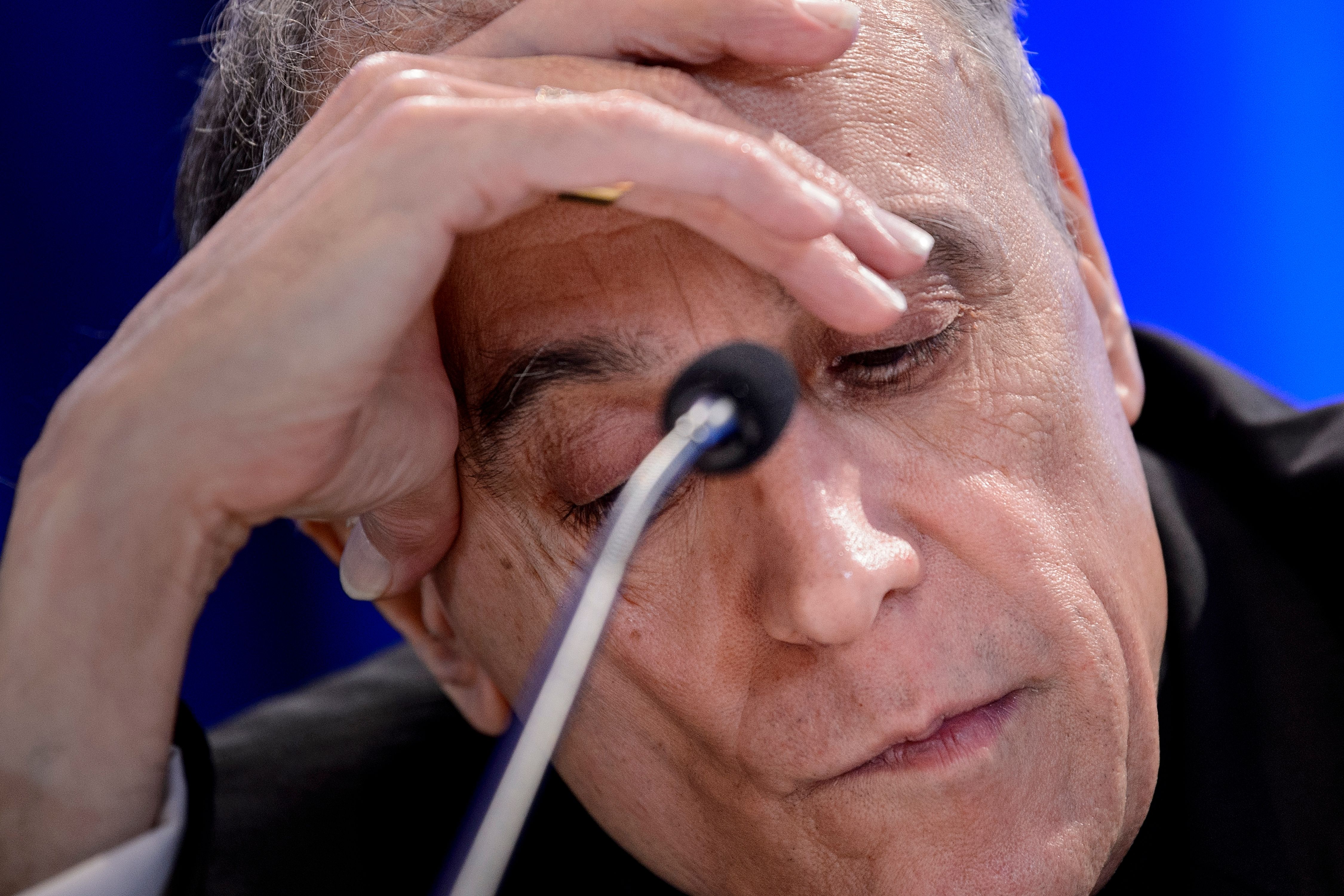 Galveston-Houston Cardinal Daniel DiNardo, President of the USCCB General Assembly, listens during a press conference at the annual US Conference of Catholic Bishops November 12, 2018 in Baltimore, Maryland. (BRENDAN SMIALOWSKI/AFP/Getty Images)

The Vatican ambassador to the U.S., Archbishop Christopher Pierre, addressed the bishops after DiNardo’s announcement and implied that the Vatican does not favor the idea of a lay commission overseeing sex abuse investigations, saying that such a responsibility must remain with the bishops.

“There may be a temptation on the part of some to relinquish responsibility for reform to others from ourselves, as if we were no longer capable of reforming or trusting ourselves,” Pierre said. “Assistance is both welcome and necessary, and surely collaboration with the laity is essential. However, the responsibility as bishops of this Catholic Church is ours.”

The announcement sparked dismay and even anger among the bishops, who had devoted nearly the entirety of their conference meeting’s agenda to addressing the sexual abuse crisis within the American Catholic Church. The bishops scheduled Monday as a day of prayer for their upcoming two days of debate and vote on the two action items that the Vatican effectively canceled. 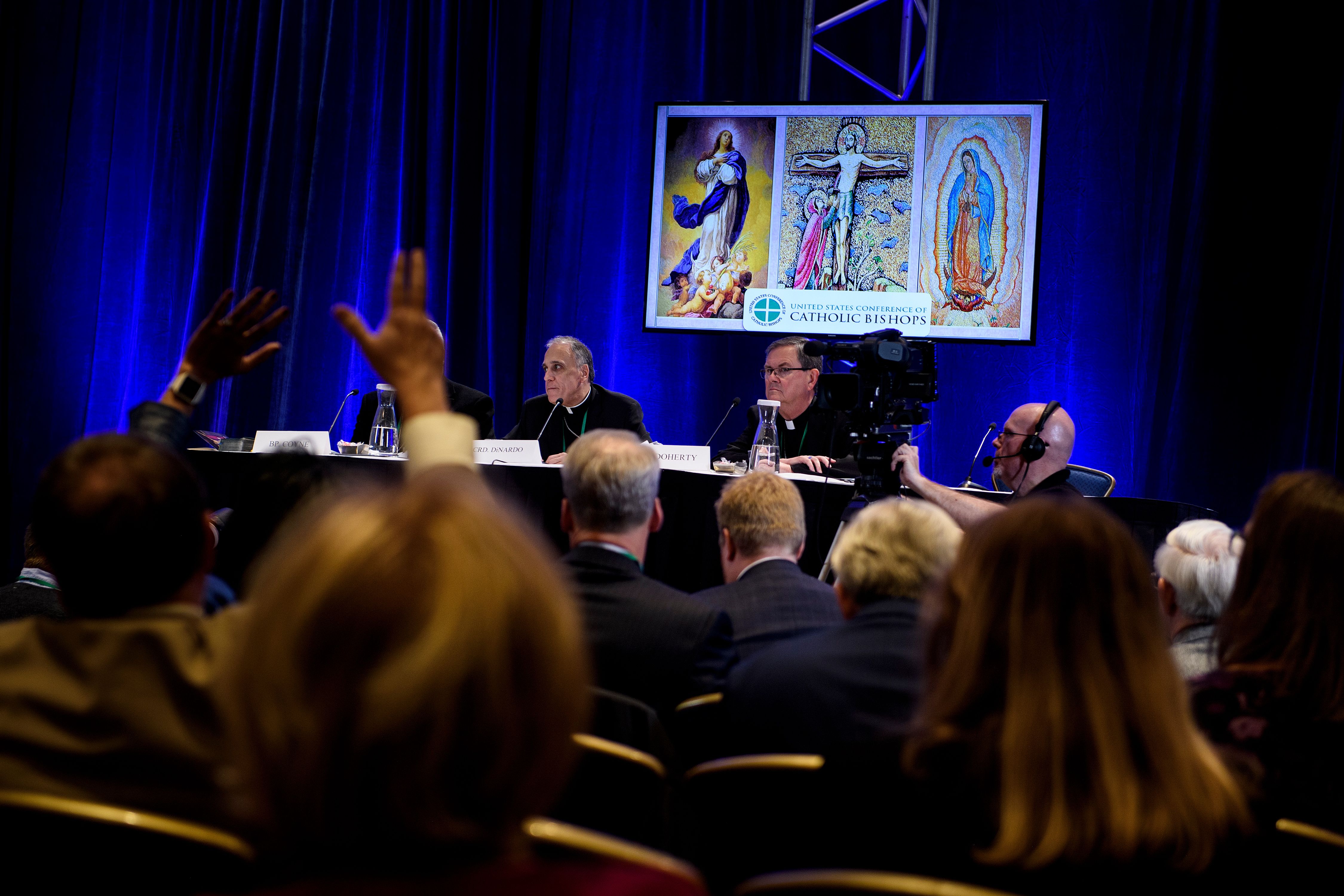 Bishop Christopher Coyne of Burlington, Vermont, told reporters that the Vatican’s order “has thrown many of us a little bit sideways because it was completely unexpected,” according to National Catholic Register.

Other bishops said that the vote’s delay showed that the Vatican does not understand the gravity of the crisis in the U.S. or the need to address it with a sense of urgency.

“There’s a lot of righteous anger,” Bishop W. Shawn McKnight of  Jefferson City, Missouri, told NCR concerning parishioners. “What I perceive … is that they need to see actions from the conference of bishops and their individual bishop that manifest a true and firm purpose of amendment.”

“There are many, many bishops that are trying, but our lethargic way of maneuvering and getting things done is problematic. I think there might be a cultural issue at play between the Holy See and the church in the United States. Their lack of responsiveness and immediacy is what’s aggravating the situation here in the United States. And we’re trying to respond as quickly as we can,” he added.

That “righteous anger” is shared by advocacy groups like BishopAccountability.org and the Survivors Network of those Abused by Priests (SNAP).

“The measures that Cardinal Daniel DiNardo had put on the agenda for the American bishops to discuss and vote on were, at best, half-measures. Yet they still were steps forward and were especially symbolic in representing that the USCCB was taking seriously the issue of bishop accountability. Given the waves of recent reports of bishops hiding files, protecting serially abusive priests, and releasing incomplete lists, how could they not?” SNAP said in statement provided to The Daily Caller News Foundation.

“We are disappointed that the Vatican has forced the USCCB to delay their vote …. It is clear that a real response is needed in order to prevent future abuse, deter more cover-ups, and ensure accountability for bishops who fail to protect children and vulnerable adults.
Today’s action by the Vatican makes us wary that such a real response will be taken,” the statement added.

Anne Barrett Doyle, co-director of BishopAccountability, echoed SNAP’s assessment of the bishops’ meeting and accused the Vatican of attempting to suppress the bishops’ efforts to bring about change, however “tepid” that change may have been.

“What we see here is the Vatican again trying to suppress even modest progress by the U.S. bishops,” Doyle said. “We’re seeing where the problem lies, which is with the Vatican. The outcome of this meeting, at best, was going to be tepid and ineffectual, but now it’s actually going to be completely without substance.”

Cardinal Blase Cupich of Chicago proposed that, instead of not voting on their planned action items as the Vatican directed, the conference have a non-binding vote on the resolutions and then a binding vote at another meeting of the bishops in March. DiNardo also urged the bishops to remain steadfast in working to have these resolutions passed and bring about much needed reform to address the sexual abuse crisis.

“Brother bishops, to exempt ourselves from this high standard of accountability is unacceptable and cannot stand,” DiNardo said just before their Monday meeting adjourned. “Whether we will be regarded as guardians of the abused or the abuser will be determined by our actions.”

The Holy See Press Office did not respond to TheDCNF’s request for comment by the time of publication.