Toronto Raptors star DeMar DeRozan’s sudden trade to the San Antonio Spurs shocked the NBA world during the offseason this year, and now he’s finally opening up about his side of the story.

DeRozan, who was traded to San Antonio on July 18, was totally blindsided by the franchise’s decision to deal him elsewhere. After leaving a screening of Denzel Washington’s “The Equalizer 2,” he noticed he had a lot of missed calls on his phone.

Without thinking much of it, he went to Jack in the Box for a bite to eat. And that’s when he learned of the deal.

He recounted the story to Bleacher Report:

DeRozan was drafted ninth overall in the 2009 NBA draft. And he’s enjoyed tremendous success in his near decade in the league. He’s an Olympian, has been named an All-Star four times, and been named All NBA twice. 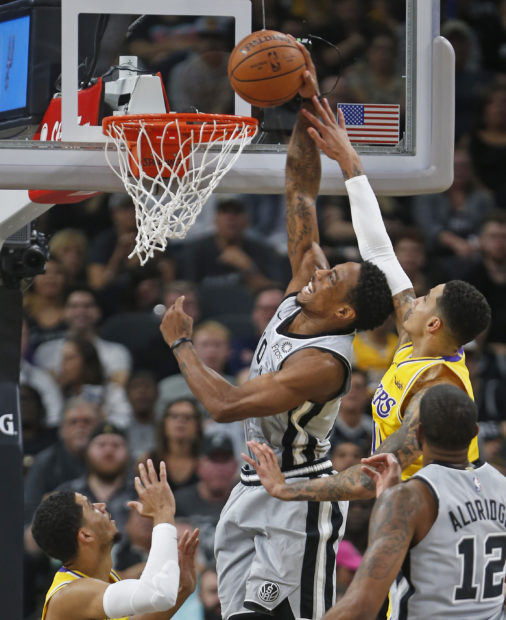 SAN ANTONIO,TX – OCTOBER 27: DeMar DeRozan #10 of the San Antonio Spurs dunks in front of Kyle Kuzma #0 of the Los Angeles Lakers at AT&T Center on October 27 , 2018 in San Antonio, Texas. NOTE TO USER: User expressly acknowledges and agrees that , by downloading and or using this photograph, User is consenting to the terms and conditions of the Getty Images License Agreement. (Photo by Ronald Cortes/Getty Images)

But his time at the Spurs has been anything but a fluke. He’s averaging 25.2 points per game and has managed a career-best 50.2 percent shooting record.

“Everything is new,” DeRozan said in reflection, now that he’s settled into his new life in San Antonio. He continued: