The number of newly elected Democrats in the House of Representatives who are putting immediate impeachment at the top of their agenda is surprisingly small for the level of chatter the subject has received since Donald Trump became president, according to an analysis of their statements.

As the freshmen class of House Democrats heads to Capitol Hill for orientation, an analysis from The Washington Post revealed Tuesday that only 11, or 21 percent, have said they want to immediately begin the impeachment process for Trump.

Thirteen Democratic freshmen oppose the move despite the loud impeachment calls early on in his presidency by Democrats.

The largest chunk of the cohort, 17 individuals or 33 percent, said they’d prefer to wait until special counsel Robert Mueller releases his team’s report on the Russia investigation before deciding to move forward with impeachment.

The remaining 11 Democratic House freshmen have not commented or made strong arguments either way, according to the analysis. (RELATED: A Record Number Of Women Ran For Office, But Did They Win?)

While it is unknown when Mueller will release his findings on whether Trump or his circle had any involvement in Russia’s interference in the 2016 election, top Democrats have used the report as a point of contingency, and in turn have slowed down impeachment talks in recent weeks.

Former Vice President Joe Biden said he hopes Democrats wait until the Mueller report is out before moving forward with impeachment in an Oct. 18 interview with CBS.

“I hope they don’t. I don’t think there’s a basis for doing that right now,” Biden, a current Democratic favorite for a potential bid to the 2020 presidency, said. “There are so many things to attend to immediately. Let’s see where the investigation takes us.”

House Minority Leader and potential Speaker Rep. Nancy Pelosi took a slightly different approach in a Sunday interview with The Atlantic, saying that while she doesn’t want to impeach Trump, the Mueller probe will not define that decision.

“Recognize one point,” Pelosi said. “What Mueller might not think is indictable could be impeachable.” 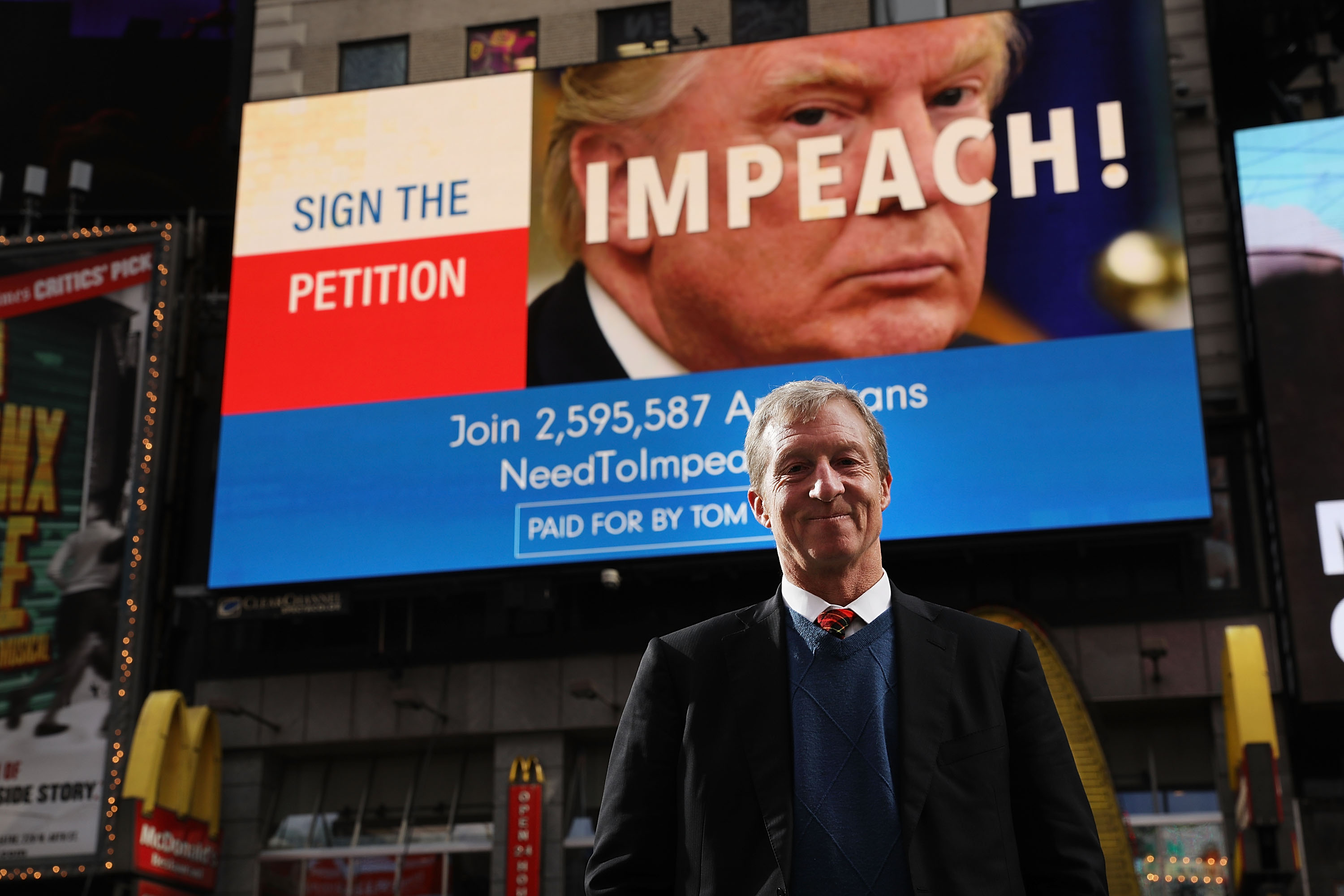 NEW YORK, NY – NOVEMBER 20: Philanthropist Tom Steyer stands in front of one of the billboards he has funded in Times Square calling for the impeachment of President Donald Trump on November 20, 2017 in New York City. Steyer, an American hedge fund manager, environmentalist, progressive activist, and fundraiser has pledged $20 million for an ad campaign urging for the impeachment of President Donald Trump. The billboards will go up in various locations across the United States. (Photo by Spencer Platt/Getty Images)

While a little more than half of overall voters say the Democratic-controlled House should not begin the impeachment process for Trump, the majority of Democrats, 61 percent, want Congress to begin the proceedings in 2019.