This may be one of the greatest stories you’ll read all day … Oakland A’s pitcher Daniel Mengden helped to rescue not one — but two puppies who’d fallen into a storm drain Monday.

Mengden said he’d been driving home in Houston, Texas, when he noticed a group of people pulled over on the side of the road, gathered around a storm drain. He stopped to see what the gathering was all about. (RELATED: Here Are The Six Cities The MLB Wants To Expand Into) 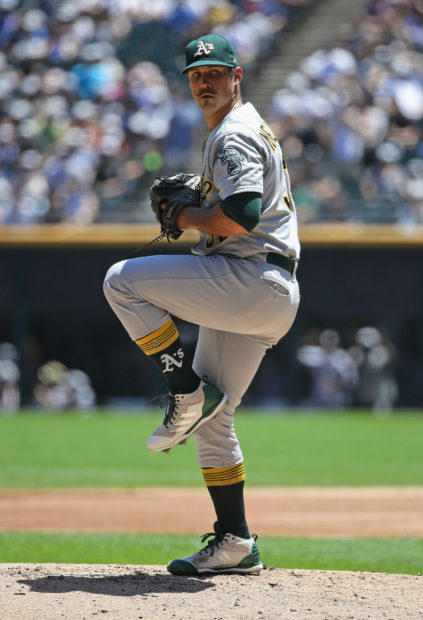 “It was just kind of dumb luck,” Mengden explained to MLB.com. “I was driving home from working out this morning and noticed some people were outside their cars, kind of blocking the road. I went up to them and they said they’d been trying to get these puppies out.”

The puppies were familiar to the locals in the area. They were known to be too timid and scared of humans and therefore hadn’t been brought in to a shelter.

“We could hear them crying so we knew they were still alive,” Rick D’Amico, one of the first bystanders to realize the puppies were in trouble, told KHOU 11 News. So they called Animal Rescue and saved two lives.

The process was captured on camera:

If this doesn’t warm your heart, I don’t know what will. Major congrats to the A’s for signing such a stand-up guy.