Firefighters are going the extra mile to protect Californians from three major wildfires that have killed multiple people and destroyed thousands of homes and infrastructure.

This video from ABC7 Eyewitness News in California appears to show a rescue crew in a helicopter dousing a fire line as it encroaches a busy state highway. Motorists can be seen in the foreground doing their level-best to avoid the flames.

The brush fire consumed parts of 118 Freeway in the Santa Susana Pass Monday, plowing through approximately 186 acres before firefighters tamped down the flames. Emergency crews from Ventura and Los Angeles counties responded to the blaze before the fire could overcome the highway.

Officials dubbed the new blaze, “Peak Fire,” which was situated outside the Woolsey Fire zone and ran uphill off the 118 Freeway near Rocky Peak Road before the flames were extinguished. The new fire comes as three other fires – Woolsey Fire, Camp Fire, and Hill Fire – continue torching the state. 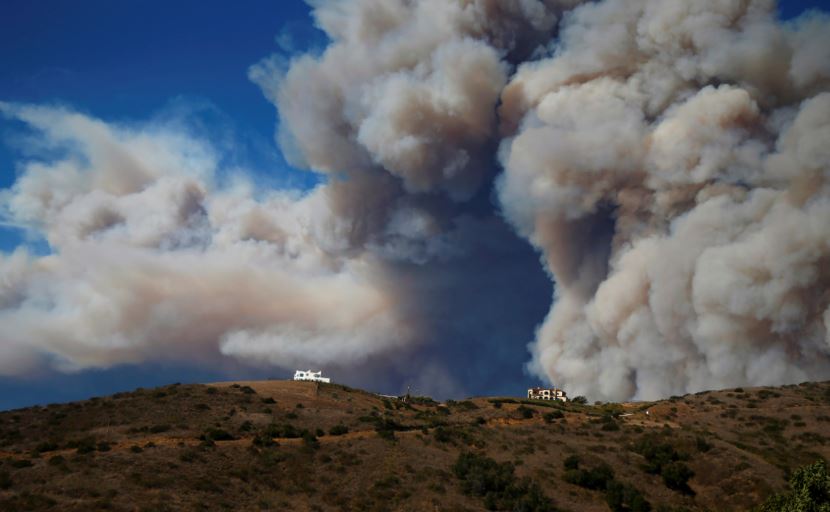 Smoke from a wildfire is seen in Calabasas, California, U.S. November 9, 2018. REUTERS/Eric Thayer 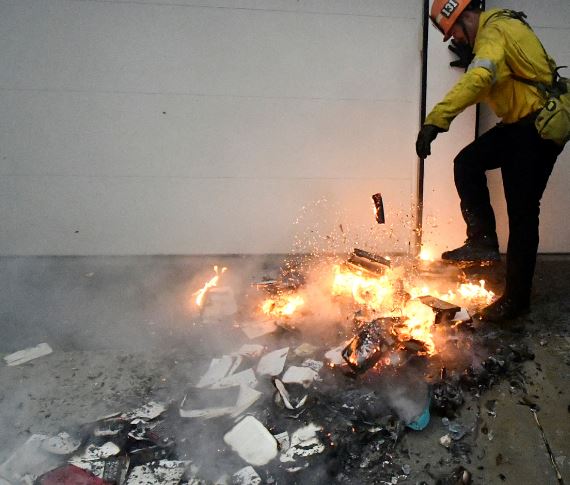 A firefighter kicks a trash pile that caught fire away from a home owner’s garage during the Woolsey Fire in Malibu, California, U.S. November 9, 2018. REUTERS/Gene Blevins

The three major fires have scorched more than 300 square miles, mostly in Northern California, according to Cal Fire. Hundreds of thousands of people were forced to evacuate, including 160,000 from Los Angeles, where the Woolsey Fire and smaller Hill Fire burned.

The death toll from Camp fire in Northern California jumped to 42 after officials found the remains of 13 more people Monday. The additional deaths make the Camp fire the deadliest in state history.

After including deaths from the Woolsey fire burning in Southern California, 44 Californians have lost their lives to wildfires in the last week. (RELATED: California Wildfires Burned The Equivalent Of 7 San Francisco, Torched 6,800 Buildings, Left Dozens Dead)