The White House Correspondents Association (WHCA) released a statement Tuesday supporting CNN in their efforts to get its reporter Jim Acosta’s press pass back.

CNN announced Tuesday that they were suing the White House for allegedly violating the network’s First and Fifth Amendment rights by revoking Acosta’s hard pass.

“[CNN] demands the return of the White House credentials of CNN’s Chief White House correspondent, Jim Acosta,” CNN wrote in a statement about the lawsuit. “We have asked this court for an immediate restraining order requiring the pass be returned to Jim, and will seek permanent relief as part of this process.”

This morning, CNN filed a lawsuit against @realDonaldTrump and top aides. The White House has violated CNN and @Acosta‘s First Amendment rights of freedom of the press and Fifth Amendment rights to due process. Complaint: https://t.co/43oX6L8xA7 pic.twitter.com/RvJ0Cgh6oi

Olivier Knox, the president of the WHCA, said that his organization “strongly supports” CNN’s goal in the lawsuit.

“The White House Correspondents’ Association strongly supports CNN’s goal of seeing their correspondent regain a US Secret Service security credential that the White House should not have taken away in the first place. Revoking access to the White House complex amounted to disproportionate reaction to the events of last Wednesday. We continue to urge the Administration to reverse course and fully reinstate CNN’s correspondent.

The President of the United States should not be in the business of arbitrarily picking the men and women who cover him.” 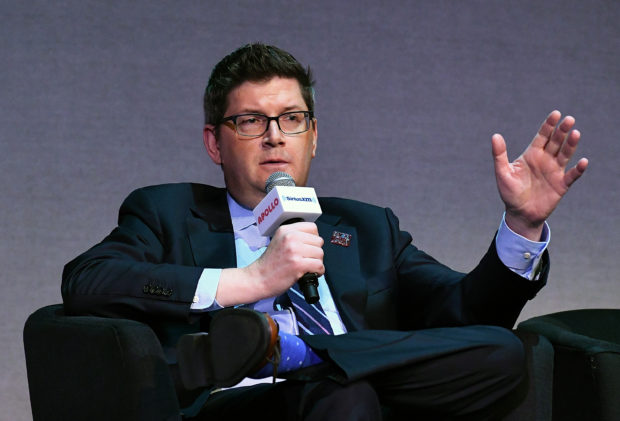 The White House revoked Acosta’s press pass last week after a contentious exchange with President Donald Trump during a post-midterm press conference. After asking several follow-up questions, a White House intern attempted to relieve Acosta of his microphone and pass it to the next reporter. However, Acosta refused to give up the microphone and nudged the intern’s arm away in the process. 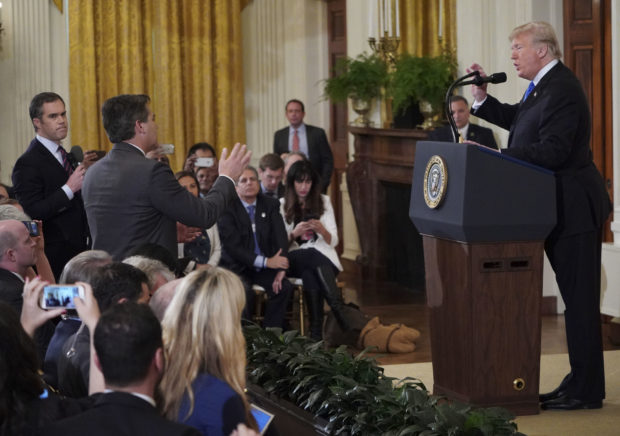 US President Donald Trump (R) gets into a heated exchange with CNN chief White House correspondent Jim Acosta (C) as NBC correspondent Peter Alexander (L) looks on during a post-election press conference in the East Room of the White House in Washington, DC on November 7, 2018. (Photo by Mandel NGAN / AFP)

The White House accused Acosta of putting his hands on the intern and tweeted a gif that showed the point of contact.