Fox also announced its intention to file an amicus brief with the U.S. District Court in support of CNN.

“FOX News supports CNN in its legal effort to regain its White House reporter’s press credential. We intend to file an amicus brief with the U.S. District Court. Secret Service passes for working White House journalists should never be weaponized. While we don’t condone the growing antagonistic tone by both the President and the press at recent media avails, we do support a free press, access and open exchanges for the American people.”

“The wrongful revocation of these credentials violates CNN and Acosta’s First Amendment rights of freedom of the press, and their Fifth Amendment rights to due process,” CNN said in a statement. “We have asked this court for an immediate restraining order requiring the pass be returned to Jim, and will seek permanent relief as part of this process.”

CNN also alleged in its lawsuit that the White House’s actions could have a chilling effect on challenging questions from other reporters.

The White House took away Acosta’s pass last week after a contentious exchange with the president in which Acosta refused to hand over his microphone to a White House intern. 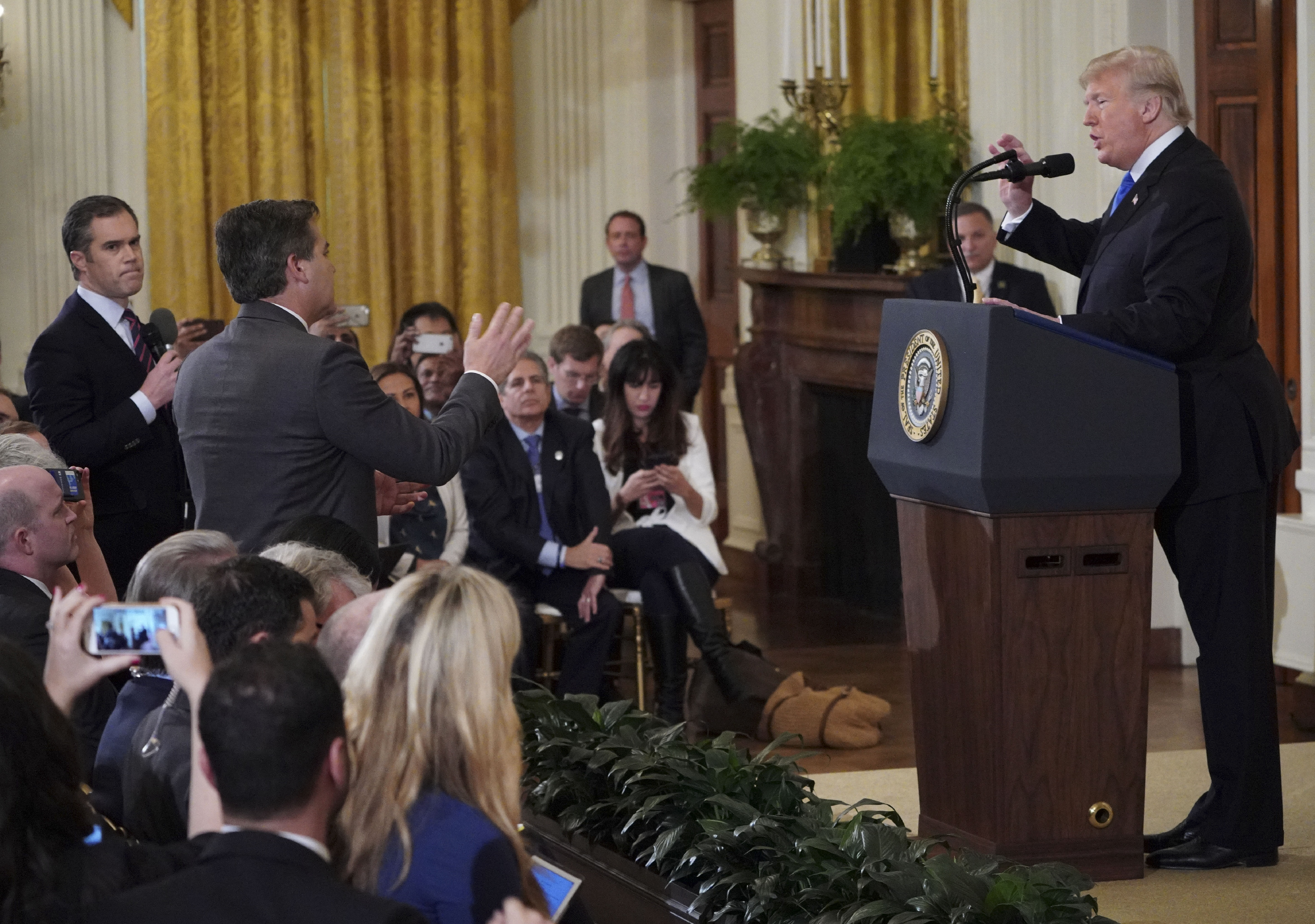 President Donald Trump gets into a heated exchange with CNN chief White House correspondent Jim Acosta (C) as NBC correspondent Peter Alexander looks on during a post-election press conference in the East Room of the White House in Washington, D.C., on November 7, 2018. (Photo by Mandel NGAN / AFP)

Acosta began the spat by challenging Trump’s decision to refer to the migrant caravan heading to the southern border as an “invasion.” Acosta and the president went back-and-forth about the caravan until Trump asked Acosta to sit down and attacked him as an “enemy of the people.”

White House Press Secretary Sarah Sanders accused Acosta of placing his hands on the intern, a characterization that CNN denies. Video of the incident shows Acosta used his left arm to block the intern from taking his microphone.