Avenatti, who is currently considering a bid for president in 2020 on the Democratic Party ticket, allegedly assaulted a woman on Tuesday and was arrested the following day.

“One of the people that made the most outrageous claims was Michael Avenatti. He’s facing serious charges tonight. But that story, we now know, it changed with the client that he was representing. It changed pretty dramatically in terms of what she said,” Hannity stated. “He made these accusations, and as I’ve been playing, I’m not saying this — I believe in due process and the presumption of innocence. Especially with serious charges. It has served this country so well and to not be consistent, make me a hypocrite. I am consistent. But I wondered if you have thoughts about this tonight.”

“Well number one, Ms. Swetnick’s affidavit on its face just made no sense. Who would repeatedly go to parties where women were being drugged and raped and not say anything about it and keep putting yourself at risk? So the claim by Ms. Swetnick that was authored by Mr. Avenatti actually helped us because it was over the top,” Graham added. “Now he’s being charged, seems like a credible allegation, but he’s entitled to the presumption of innocence. And I will give him that due. I’m not out to get Mr. Avenatti by turning the legal system upside down.” 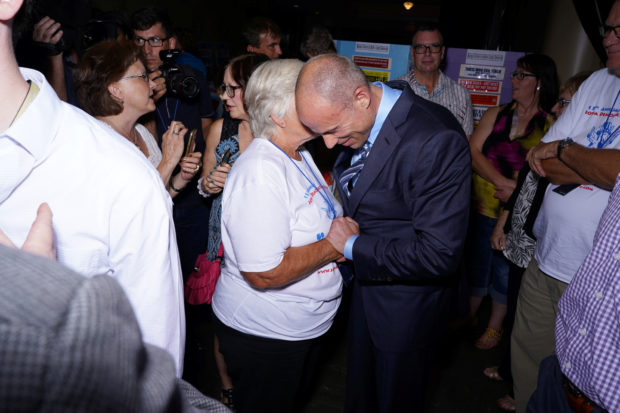 Avenatti was released after posting bail on Wednesday, at which point he spoke to the press. In a brief public statement, he claimed that he would be “fully exonerated” following an investigation. (RELATED: Grassley Refers Avenatti, Swetnick To FBI For Investigation)