With a majority in the House, Democrats are seeking to examine whether President Donald Trump’s preponderance of tweets adversely affected the Department of Justice and FBI. 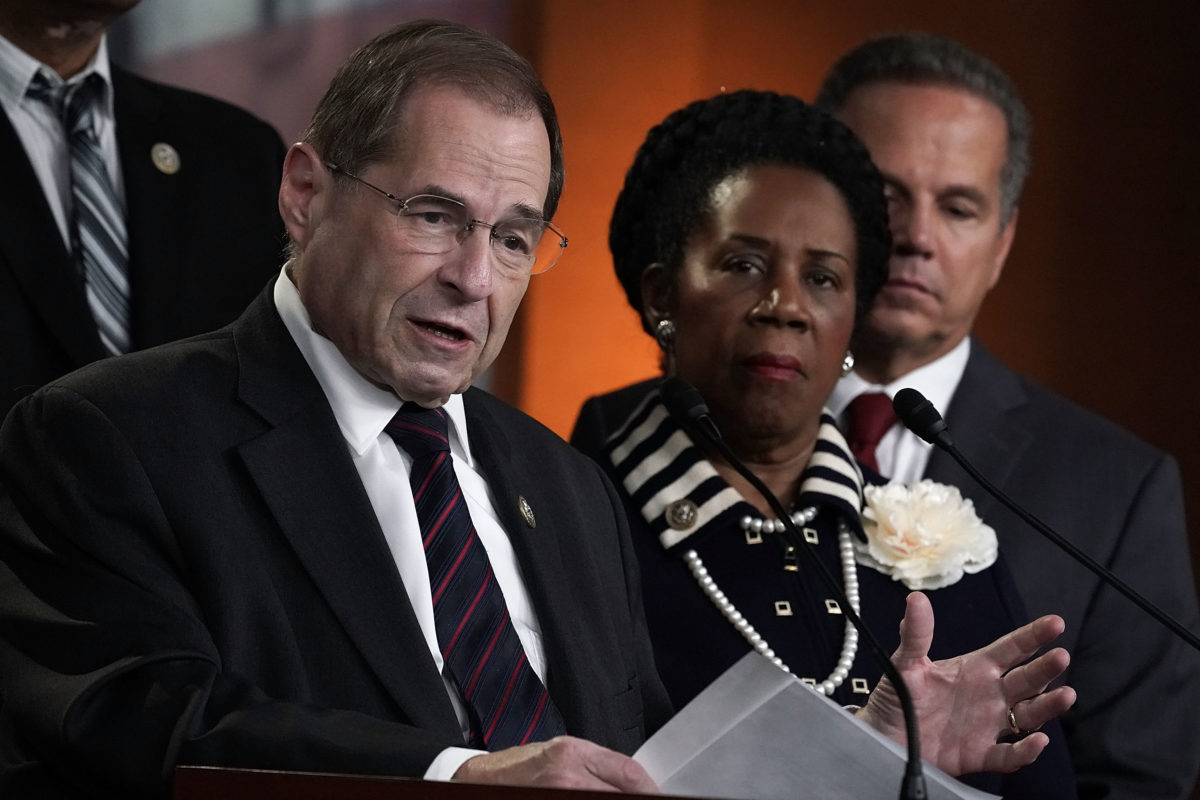 “I write with growing concern over President Trump’s repeated attacks on the integrity of the Department of Justice and the FBI,” Nadler wrote. “The president’s behavior appears to be motivated by an urge to shield himself, his family, and his business interests from the ongoing work of the department and the bureau.” (RELATED: Bill Clinton Noticeably Absent From House Democrats’ Last-Minute Fundraising Push)

Wow, word seems to be coming out that the Obama FBI “SPIED ON THE TRUMP CAMPAIGN WITH AN EMBEDDED INFORMANT.” Andrew McCarthy says, “There’s probably no doubt that they had at least one confidential informant in the campaign.” If so, this is bigger than Watergate!

I hereby demand, and will do so officially tomorrow, that the Department of Justice look into whether or not the FBI/DOJ infiltrated or surveilled the Trump Campaign for Political Purposes – and if any such demands or requests were made by people within the Obama Administration!

Trump’s relationship with the DOJ and FBI has been difficult from the beginning of his tenure as president.

He openly battled with former FBI Director James Comey and only last week asked for the resignation of Attorney General Jeff Sessions after frequently criticizing Sessions’ judgment and actions on Twitter. Former intelligence director James Clapper has suggested it was “a good thing” that the FBI was spying on Trump.

Two long running, Obama era, investigations of two very popular Republican Congressmen were brought to a well publicized charge, just ahead of the Mid-Terms, by the Jeff Sessions Justice Department. Two easy wins now in doubt because there is not enough time. Good job Jeff……

….The Democrats, none of whom voted for Jeff Sessions, must love him now. Same thing with Lyin’ James Comey. The Dems all hated him, wanted him out, thought he was disgusting – UNTIL I FIRED HIM! Immediately he became a wonderful man, a saint like figure in fact. Really sick!

The DOJ has informed Reuters that it has received the letter that focuses specifically on Trump’s objections to special counsel Robert Mueller’s ongoing investigation into the extent of Russian collusion in the 2016 presidential election, which Nadler maintains that Trump has called “a ‘witchhunt’ at least 84 times year.”

In reference to the president’s insistence that the Mueller probe is a threat to the Trump administration and Trump’s threats to terminate high-ranking DOJ employees, Nadler writes, “These actions are not normal. And they ignore the guidance of the White House Counsel, flout the Constitution and undermine our federal law enforcement agencies.”