Israeli Defense Minister Avigdor Lieberman resigned Wednesday in protest over a ceasefire agreement with Hamas, according to The Associated Press.

The Tuesday ceasefire agreement between Israel and the Gaza-based terrorist organization Hamas was agreed to after Hamas launched 460 rockets into Israel and Israel responded by striking 160 Hamas targets, according to the BBC.

A reconnaissance mission that went wrong on Sunday and left seven Palestinian fighters and an Israeli lieutenant colonel dead appears to be what instigated the latest round of fighting, according to The New York Times.

Lieberman wanted a firmer response to the attacks. He accused Netanyahu of perusing a policy that was “surrender to terrorism,” according to The AP.

Lieberman is not the only cabinet minister to express frustration with what he perceives to be a soft approach to Hamas. Education Minister Naftali Bennett claims that Israel’s approach to Gazans rioting and attempting to breach the border invited for terrorism.

“We haven’t shown enough of a steel fist there. We’ve been mighty soft on the fence, and that softness invites an increase in attacks,” Bennett said on Oct. 16, according to Bloomberg.

RAW FOOTAGE: The skies of southern Israel RIGHT NOW. Dozens of rockets are being fired from #Gaza at Israeli civilians. pic.twitter.com/Iu6QwzUo8l

The dissent within his cabinet has put Netanyahu in a difficult political position.

“I am not interested in getting into needless wars,” Prime Minister Benjamin Netanyahu said on Oct. 6, according to Haaretz, as he tries to balance domestic political concerns with external security threats. 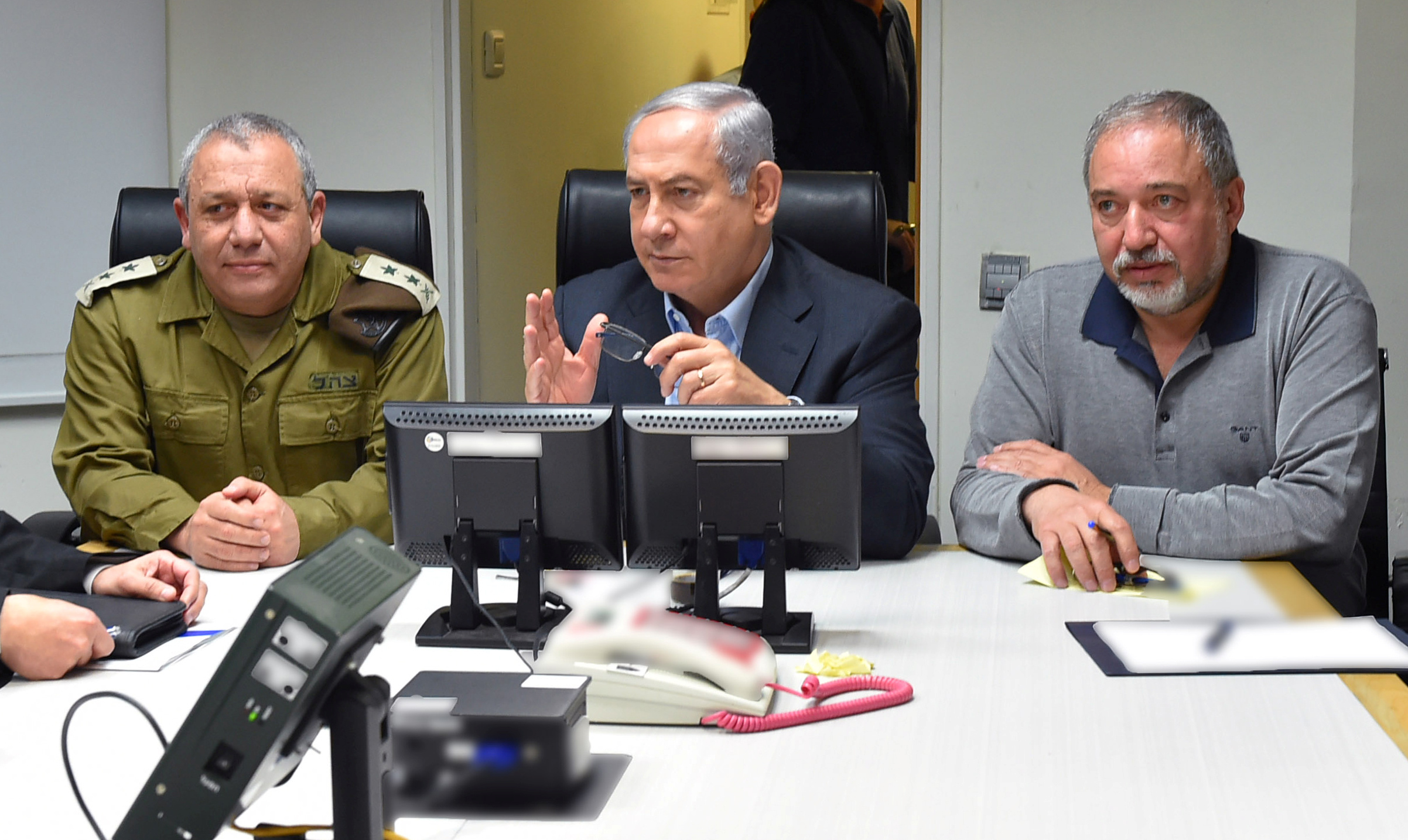 An official close to Netanyahu claimed that early elections would not be necessary and that Netanyahu would take over the Defense Ministry, BBC reported.

An election could result in Netanyahu, one of President Donald Trump’s key Middle Eastern allies and supporters in Trump’s efforts to isolate Iran, being defeated.  Israel has not had a left-wing coalition government since Ehud Barak’s Labor-led coalition was defeated in 2000.