His announcement casts doubt upon the outcome of several dozen nominations Republicans hope to enact by year’s end.

“I have informed the Majority Leader that I will not vote to advance any of the 21 judicial nominees pending in the Judiciary Committee, or vote to confirm the 32 judges awaiting a confirmation vote on the floor, until S. 2644 is brought to the full Senate for a vote,” Flake said in a Wednesday floor speech, referring to the Special Counsel Independence and Integrity Act.

Though the Senate Republican caucus will grow when the new Congress is seated in January, for the moment they retain a tenuous 51-49 majority. With Flake’s announcement, the defection of one more Republican would defeat a nominee’s confirmation bid, provided all Democrats vote together.

Flake also sits on the Senate Judiciary Committee, which is scheduled to advance 15 nominees to the Senate floor for final confirmation on Thursday. Republicans have an 11 to 10 majority on the panel. It’s not clear whether Flake will vote with Democrats and oppose the nominees, or will simply vote “present,” resulting in a tie.

Nominees do not need to prevail in the committee to win final confirmation. The panel’s vote is merely a recommendation as to how senators should proceed on the final vote. (RELATED: Trump Taps Indian Daughter Of Immigrants For Kavanaugh’s Seat On The D.C. Circuit) 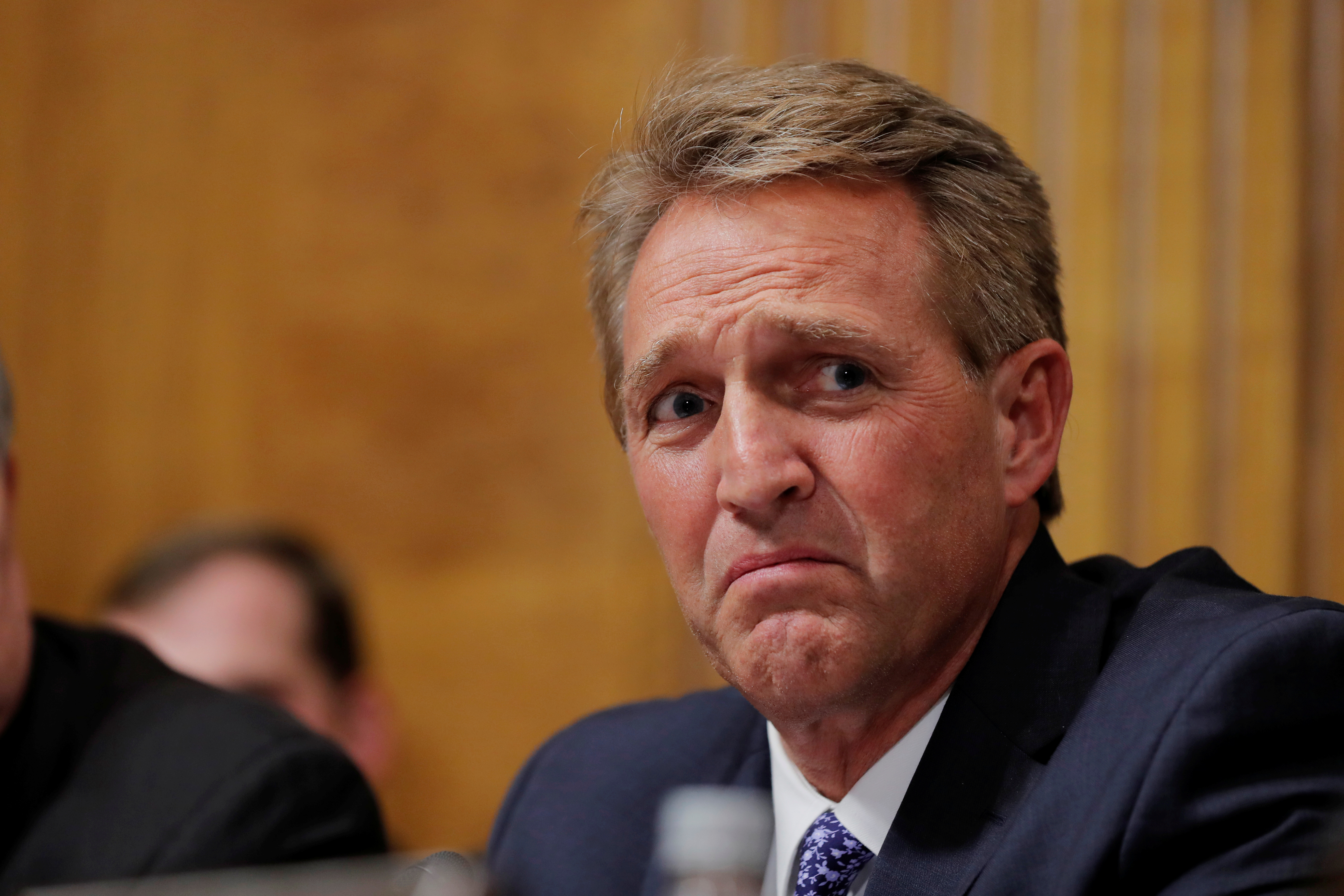 Flake and Democratic Sen. Chris Coons of Delaware tried to bring legislation insulating Mueller to the floor on Wednesday, but Senate Majority Leader Mitch McConnell blocked the maneuver. The majority leader has long said the bill is unnecessary, as President Donald Trump has not taken action moving against the special counsel. Earlier Wednesday, McConnell was re-elected as majority leader by acclamation.

The bill previously cleared the Judiciary Committee on a bipartisan basis.

Flake and other supporters of the Mueller inquiry fear the special counsel’s investigation has been compromised by Matthew Whitaker’s installation as acting attorney general. Deputy Attorney General Rod Rosenstein was supervising the probe before now, but Whitaker’s appointment could place Mueller’s work within the ambit of a declared Trump loyalist.

The lame-duck senator nearly spiked Justice Brett Kavanaugh’s nomination to the Supreme Court when he joined with Democrats and demanded an FBI investigation of Christine Blasey Ford’s allegations of sexual misconduct.