Thune was nominated by former whip, Texas Sen. John Cornyn. This comes as Cornyn met his three-term limit in the position. The majority whip is the second-ranking position in Senate leadership.

Senate Majority Leader Mitch McConnell was also reelected to lead the Senate GOP by a voice vote Wednesday, as no one voted against him or challenged him for the position. 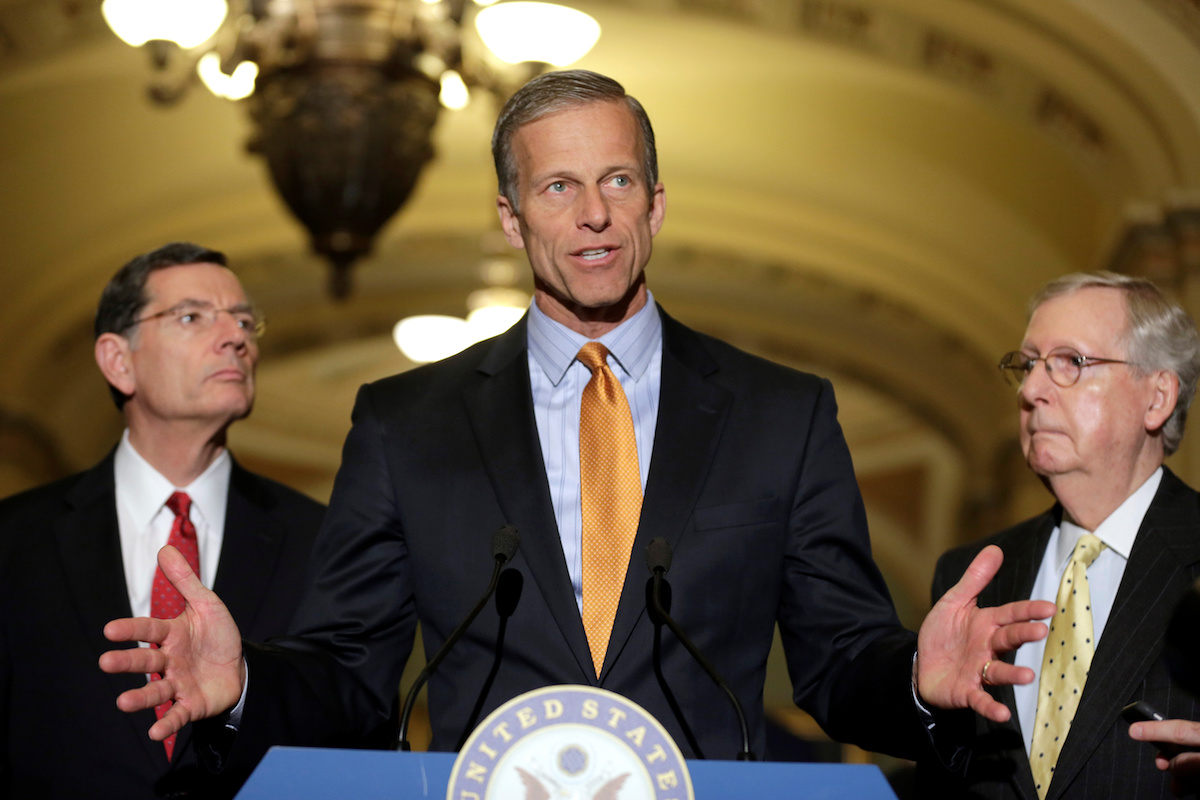 Thune has served as chairman of the Commerce, Science and Transportation Committee since 2015. He will now have to step down as chairman, after taking his new job as majority whip. (RELATED: Thune Praises Trump’s Involvement With Health Care Legislation)

Senate Majority Leader Mitch McConnell praised Cornyn Wednesday, giving him a Louisville slugger baseball bat with “To John Cornyn – The Best Whip Ever,” written on it.