Senate Majority Leader Mitch McConnell was reelected to lead the Senate GOP by a voice vote Wednesday in a closed-door meeting, as no one reportedly voted against him or challenged him for the position.

McConnell, 76, has served in Senate leadership longer than any other Republican, as he has been the leader since 2006. Democrats also reelected Democratic Minority Leader Chuck Schumer on Wednesday, with zero opposition from his colleagues, according to sources familiar with the meeting. This will be Schumer’s second term as Minority Leader.

McConnell sent out a tweet Wednesday morning, saying he was “Honored” to continue his job as majority leader. (RELATED: Mitch McConnell Gets Emotional: ‘We Owe It To The American People Not To Be Intimidated’) 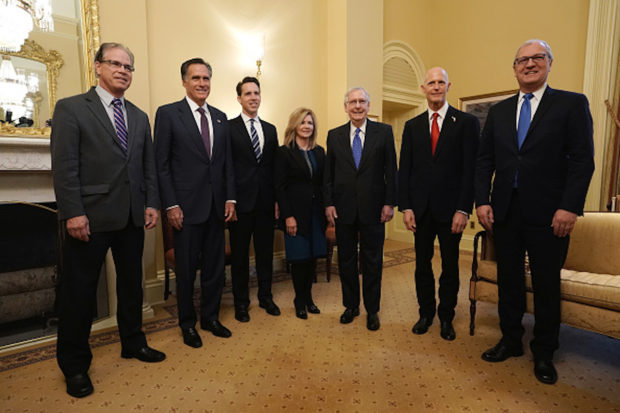 Senate Republicans will have to select a new Majority Whip, as Texas Republican John Cornyn has met his three-term limit in the position.