Pope Francis said Tuesday that “gossipers are terrorists” in a possible jab at Archbishop Carlo Maria Vigano and protesters who accuse Francis of abuse cover-up.

The pontiff denounced gossip as equal to killing during his Wednesday address in St. Peter’s square amid rising fury from U.S. Catholics over what they see as the Vatican and U.S. bishop’s poor handling of the sexual abuse crisis rocking the church. 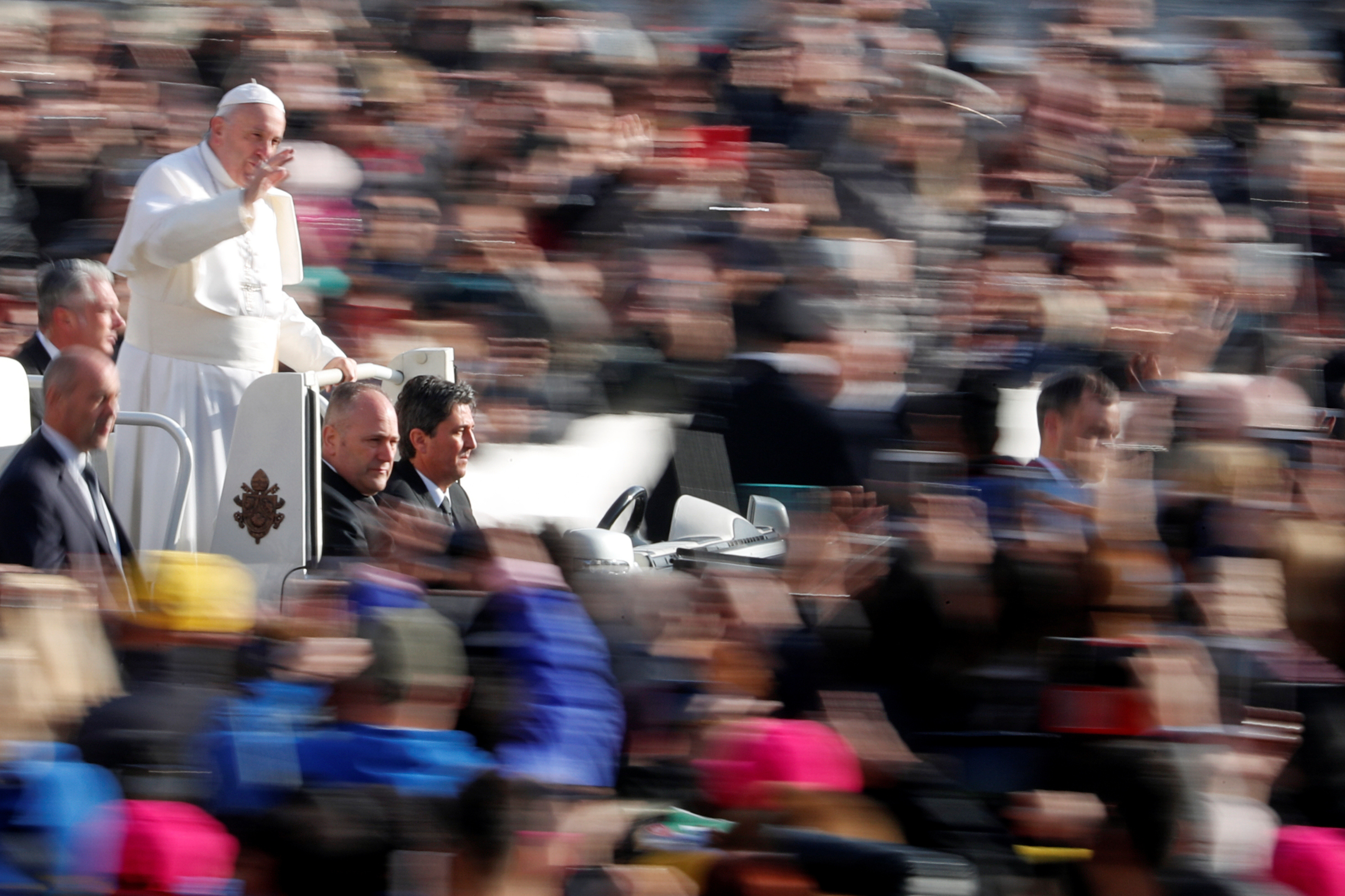 Catholic protesters at the Silence Stops Now rally in Baltimore, Maryland, repeated such calls Tuesday, during their demonstrations against the U.S. Conference of Catholic Bishops, for Francis and other Vatican officials to break their silence and offer clarification, reassurance, and accountability to the laity. Francis thus far has refused to respond to Vigano’s allegations, offering only “silence and prayer” and saying those clamoring about scandal are agents of Satan sowing division in the church.

“Gossipers are terrorists because with their tongues they drop a bomb and then leave, and the bomb they drop destroys reputations everywhere,” Francis said Wednesday, according to The Associated Press. “Don’t forget: to gossip is to kill.”

Francis’ comments on gossip also came only a day after Vigano sent a public message to the USCCB, urging them to act on behalf of victims of sexual abuse despite the Vatican’s Congregation of Bishop’s Monday order to halt votes on implementing protocols to hold bishops accountable for committing or covering up abuse.

“I am writing to remind you of the sacred mandate you were given on the day of your episcopal ordination: to lead the flock to Christ,” Vigano said, according to The Catholic Register.

“Meditate on Proverbs 9:10: The fear of the Lord is the beginning of wisdom! Do not behave like frightened sheep, but as courageous shepherds. Do not be afraid of standing up and doing the right thing for the victims, for the faithful and for your own salvation. The Lord will render to every one of us according to our actions and omissions,” he added.

Francis reminded onlookers during his Wednesday address that the Catholic Catechism “forbids falsifying the truth in relations with others.” The pontiff still has not overtly denied Vigano’s claims or directly addressed them. He did, however, call for the faithful to pray against the “Great Accuser,” or Satan, after Vigano accused Francis of cover-up a second time.