Published by Elsevier, the study says that nearly half of U.S. women support alternative methods for the provision of medication abortions, including getting the abortion pill ahead of time for later use if necessary.

The researchers prefaced their questions with, “Medication abortion, or the abortion pill, is a safe and effective way to terminate a pregnancy up to 10 weeks,” according to the study’s methods section.

A medication abortion occurs when a woman takes a mifepristone pill at a clinic and a second pill of misoprostol between six and 48 hours later, usually at home, according to Planned Parenthood. The pill is used to end pregnancies up to 10 weeks.

The study gathered its data by surveying a nationally representative sample of women ages 18 to 49 in August 2017. The survey aimed to gauge general support and personal interest in alternative methods of access to abortion pills. Those methods included receiving the pills in advance from a doctor for future use, over-the-counter from a drugstore and online without a prescription.

The study was first accepted Oct. 22 and is not yet available to the public online.

The researchers also included that medication abortions are safe in the study’s introduction and do not include the risks associated with the procedure. “Medication abortion (MA) is safe and effective and has the potential to revolutionize the way people access and experience abortion, moving it away from a medicalized procedure to a self-managed experience at home,” reads the study’s introduction. 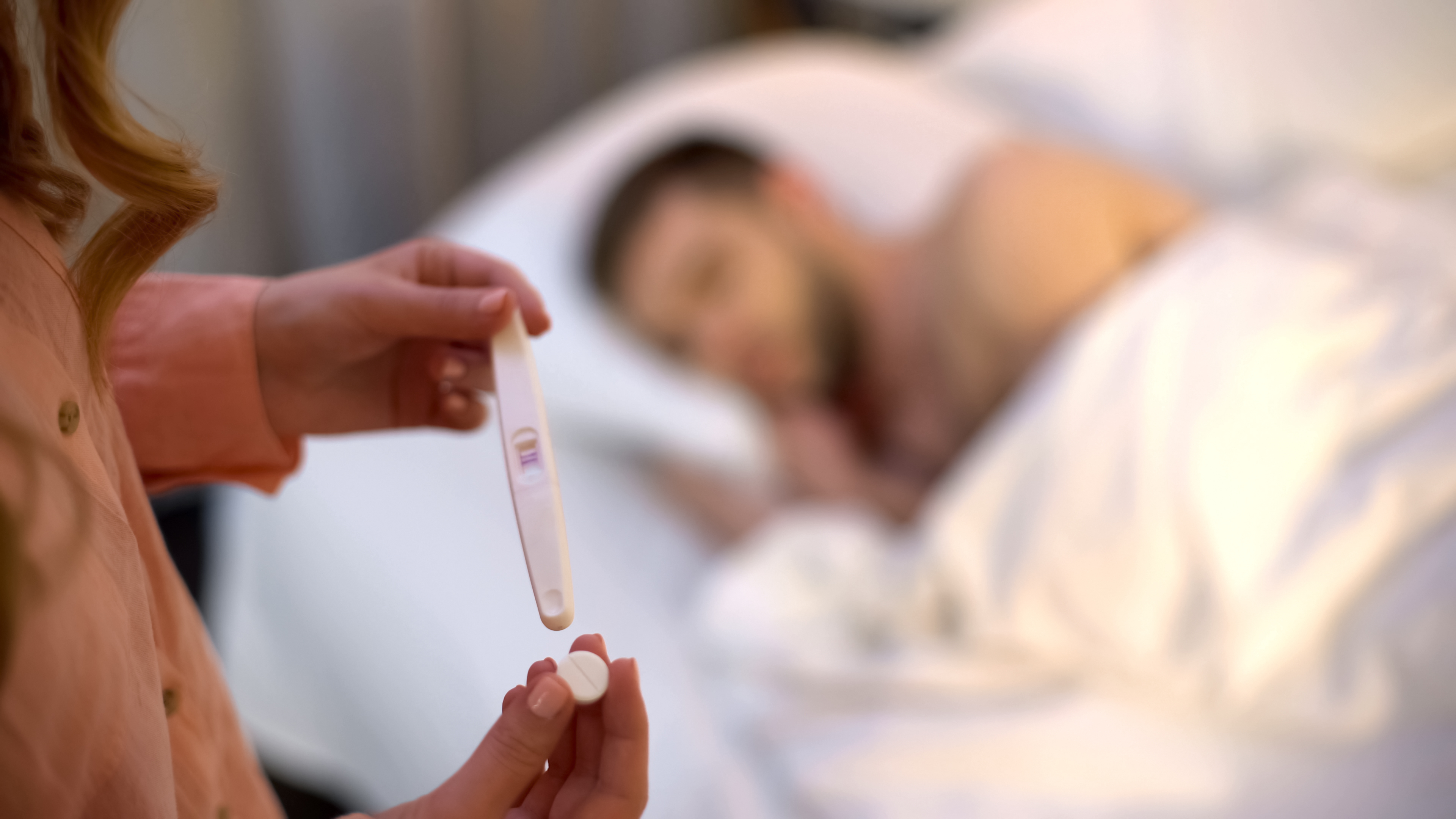 A woman debates whether to have a medication abortion or continue with the pregnancy. (Shutterstock/Motortion Films)

Medication abortions have a higher rate of complications than surgical abortions, according to a University of California San Francisco December 2014 study that analyzed data from over 50,000 U.S. women who obtained abortions between 2009 and 2010. The overall rate of complications is low, according to the study. (RELATED: Abortion Groups Claim Abortion Pill Is Totally Safe. Here Are The FDA’s Latest Numbers)

A Finish study reported similar findings. Over 42,600 Finish women who had abortions between 2000 and 2006 were followed until 42 days post-abortion, in an October 2009 study. The overall incidence of adverse events was nearly four times higher for medication abortions at 20 percent compared with surgical abortions at 5.6 percent, according to the National Institutes of Health.

“Medication abortions are significantly riskier than surgical abortions because there are follow-up appointments that are required, and a lot of women do not follow-up afterwards,” former Planned Parenthood clinic director Abby Johnson told The Daily Caller News Foundation in an exclusive phone interview Wednesday, explaining that the majority of deaths occur after “retained products of the fetus still in the uterus become septic.”

The researchers attribute the reasons that women did not express support for alternative methods to limited knowledge about medication abortions. “Apprehension about the safety of these alternative models of care likely stems from limited knowledge regarding the safety, effectiveness and process of having a medication abortion, and misperceptions that an abortion requires in-clinic screening to be safe,” the study says.