Independent Sen. Bernie Sanders heated up his rhetoric against President Donald Trump on Wednesday while speaking at the National Action Network’s annual legislative and policy conference in Washington, D.C.

The Vermont senator’s comments drew a round of applause. (RELATED: Bernie Sanders Calls To Fight Corruption Despite Wife’s Corruption Case)

“It gives me no joy to tell you that,” Sanders continued. “But that is the simple truth and we’ve got to confront that truth.”

The National Action Network is a nonprofit organization founded by Rev. Al Sharpton. The group refers to itself as a “civil rights organization” and has been credited with drawing national attention to issues such as police brutality and racial profiling. 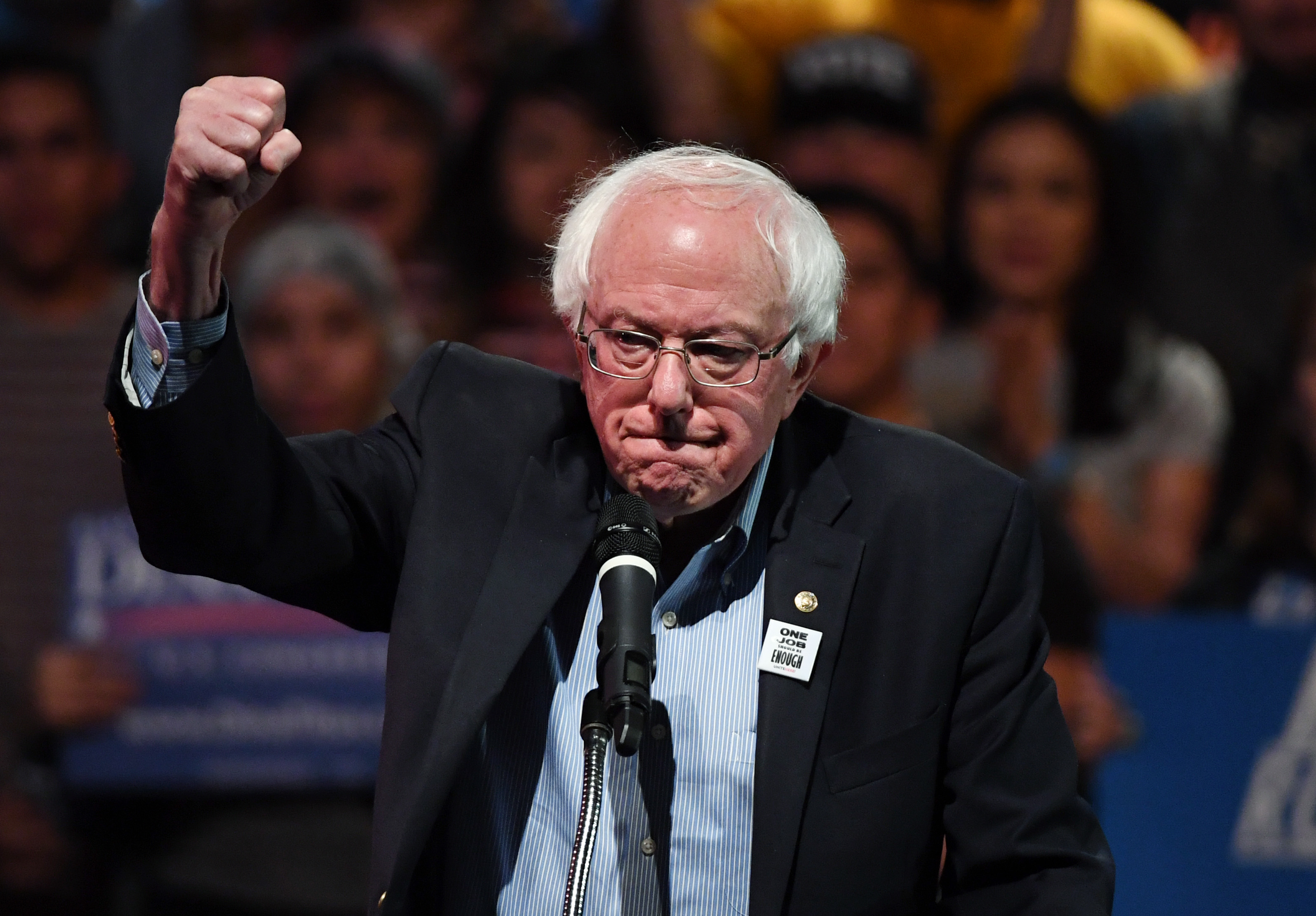 Independent U.S. Sen. Bernie Sanders of Vermont speaks during a rally for Nevada Democratic candidates at the Las Vegas Academy of the Arts on October 25, 2018 in Las Vegas, Nevada. (Ethan Miller/Getty Images)

“I don’t have to tell anybody in this room, least of all in this room, the history of discrimination that this country has experienced going way, way back before slavery,” said the progressive senator. “When the settlers came and did terrible things to the Native Americans and the discrimination against women — 100 years ago women did not have the right to vote.”

Sanders did not provide any examples of Trump’s alleged bigotry nor did he refer to any bigoted quotes or policies. He did, however, have a message for the president.

“Mr. Trump, we are not going backwards,” Sanders said. “We are going forward.”