Wildfires burning in California have killed at least 58 people since last week and displaced thousands more through forcing evacuations and destroying homes, The Associated Press reported.

Officials are searching for another 130 people who have been reported missing, most because of the Camp Fire burning in northern California, according to the AP. Many of the missing are from around Paradise, California, a town of 27,000 that was all but destroyed by the Camp Fire. Most of the missing are over 65 years old. (RELATED: See The Ghastly Photos From Zinke’s First Day Surveying Fire Damage In California) 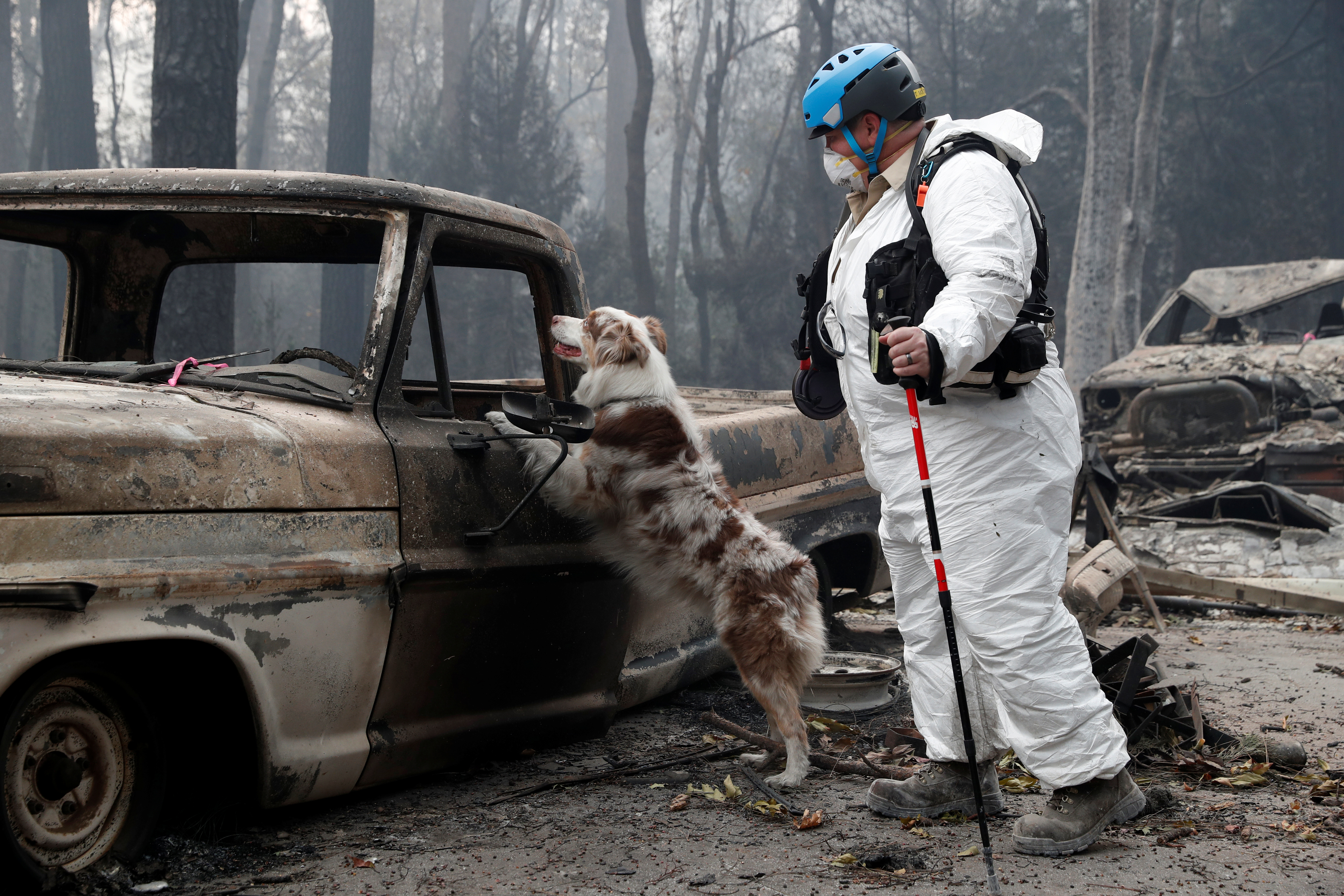 Trish Moutard, of Sacramento, searches for human remains with her cadaver dog, I.C., in a truck destroyed by the Camp Fire in Paradise, California, U.S., Nov. 14, 2018. REUTERS/Terray Sylvester

The Camp Fire is the most deadly and destructive – in terms of structures destroyed – wildfire in state history. It has wiped out nearly 8,800 houses and 260 commercial buildings. The fire had spread to 138,000 acres and was 35 percent contained by Wednesday evening, according to the state fire agency Cal Fire.

The Woolsey Fire burning in southern California has consumed another 93,000 acres and was 52 percent contained by Wednesday evening. It has killed at least two people and razed 600 structures, according to Cal Fire.

“Every time I come to California I say this is the worst fire I’ve seen. Once again this is the absolute worst,” Zinke said in a Wednesday tweet. “Worse than any war zone I saw in Iraq. The heroism of firefighters is amazing.”

Roughly 460 searchers are working with 22 cadaver dogs to comb through wreckage and search for any human remains. Officials will soon begin taking DNA samples from the family members of those missing to help identify any remains found, the AP reported.