Democratic California Gov. Jerry Brown painted a bleak picture of what he thought the future held for his state: “we’re going to have more difficulties.”

Brown called for “solidarity” while surveying fire-ravaged northern California with Interior Secretary Ryan Zinke on Wednesday, but the Democratic governor had a gloomy message on future wildfires for those listening.

“And the truth is — and I don’t want to give you any happy-time news — we’re going to have more difficulties,” Brown said, according to an E&E News reporter present.

“Things are not going to get better; they’re going to get more challenging because of the continuing alteration of the climate, lack of moisture, early snowmelt and faster winds. The whole thing,” Brown said.

Wildfires scorched about 240,000 acres across California in the last week, including 140,000 acres in Northern California. That fire, called the Camp Fire, is the deadliest fire in state history, killing at least 56 people. Nearly 300 people are still missing. 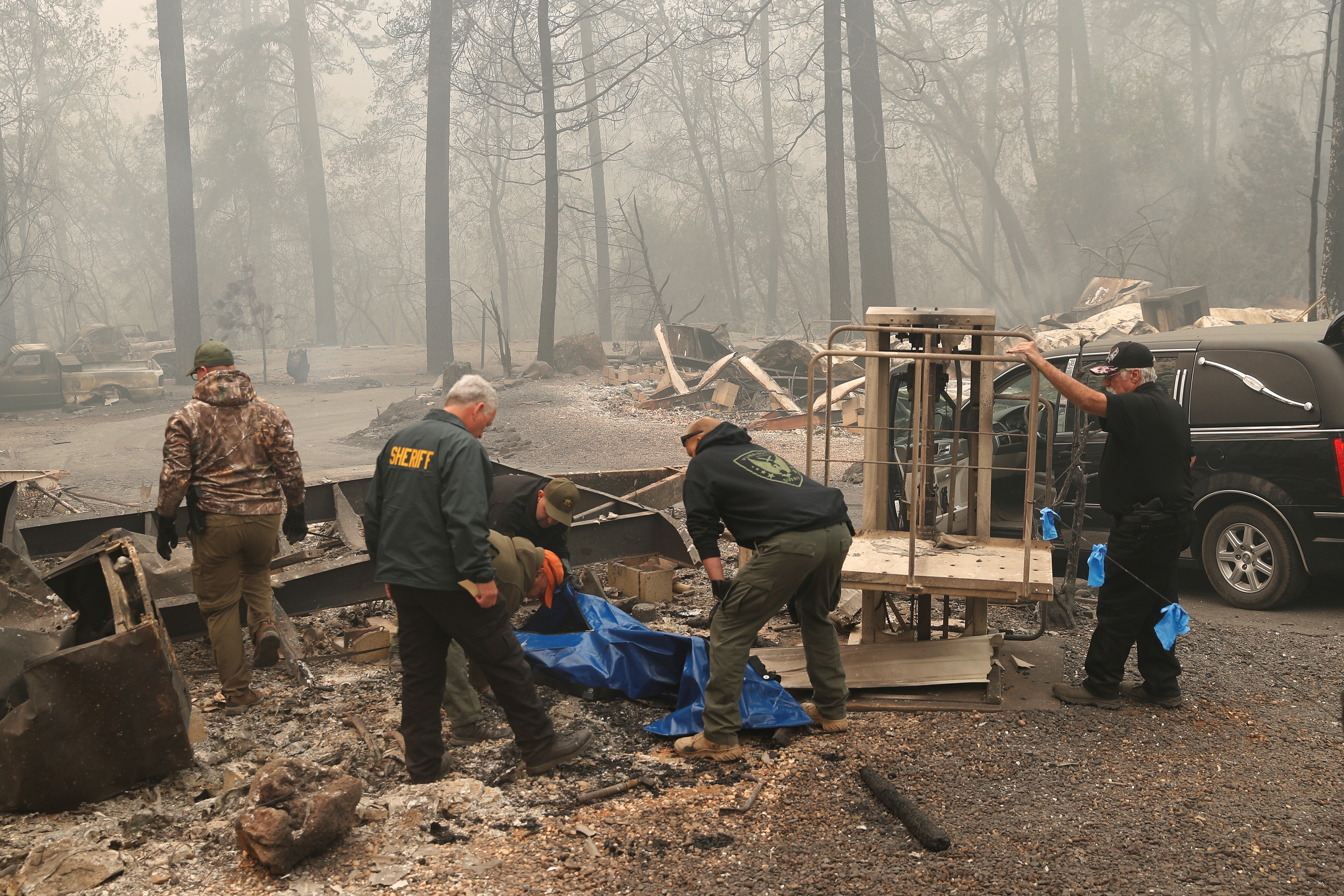 The Camp Fire tore through the town of Paradise, turning homes and businesses into embers. The town’s roughly 30,000 residents that were forced to evacuate will soon begin the process of rebuilding their lives. (RELATED: As California Burns, Jerry Brown Takes Heat For Vetoing 2016 Wildfire Mitigation Bill)

In southern California, the 98,000-acre Woolsey Fire is responsible for at least two deaths and the destruction of more than 500 structures.

President Donald Trump approved California’s disaster declarations and told Brown over the phone Wednesday “we are with him, and the people of California, all the way.”

However, Trump blamed California’s “poor” forest management for the wildfires in a tweet sent Saturday, sparking a tiff with Brown. In that same tweet he threatened to take away California’s federal funding if forests weren’t managed better.

Brown said the fire illustrated the need to tackle man-made global warming. Brown also said “those who deny” warming were contributing to wildfires.

“We’re in a different kind of world, we know that,” Brown said on Wednesday. “There are many elements to this, what causes these kinds of catastrophes: where people live and how they live and structures and changing of the climate, the winds, the dryness, all the rest of it.” 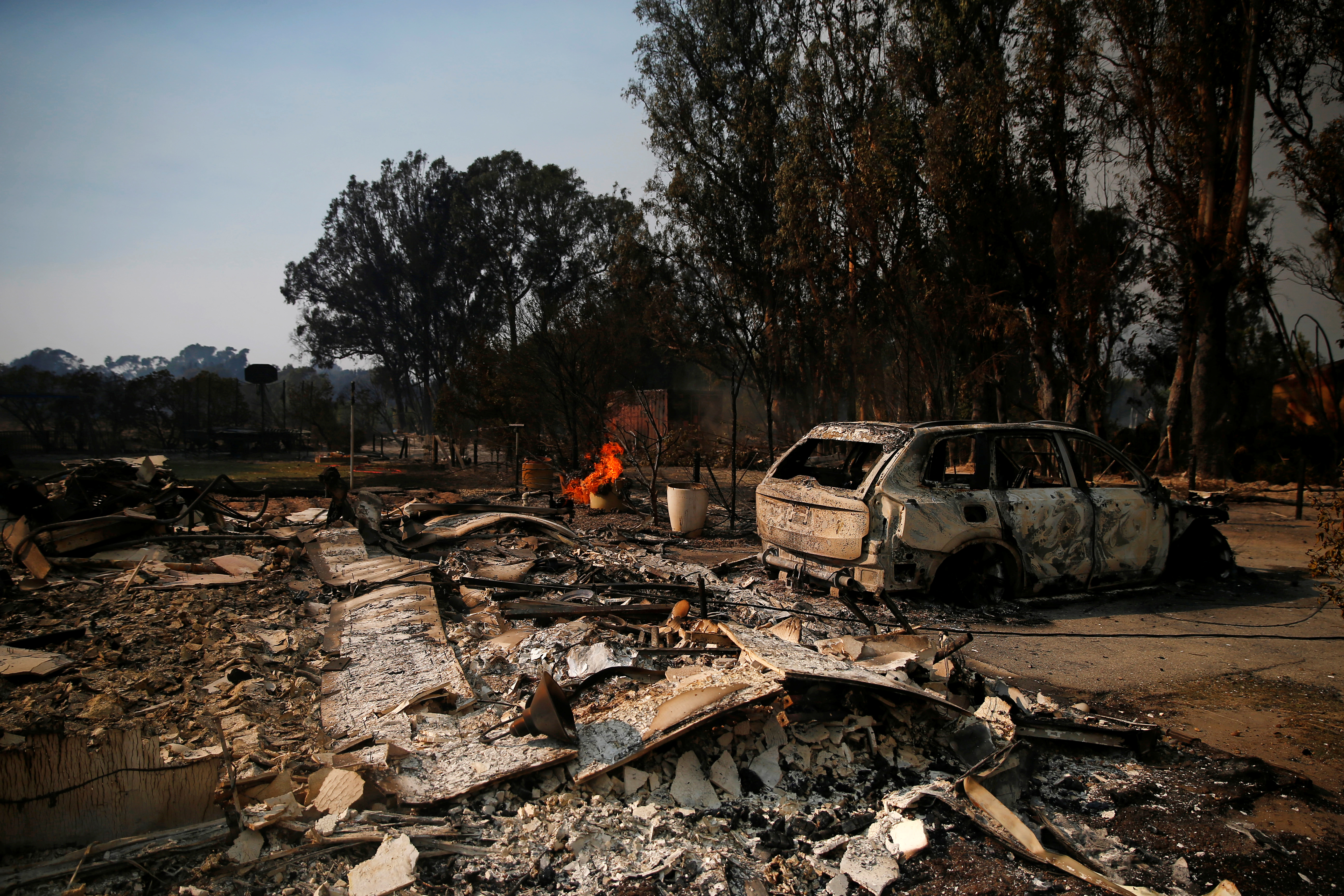 A destroyed home is seen as the Woolsey Fire continues to burn in Malibu, California, U.S. November 10, 2018. REUTERS/Eric Thayer.

While global warming is blamed as having a potential role in California’s rash of massive wildfires, experts tend to see the state’s wildfire risks as the product of forest mismanagement and urban growth into fire-prone areas.

“The situation is complex,” University of Washington climate scientist Cliff Mass told The Daily Caller News Foundation. “And most of the politicians are getting things wrong.”

“A fact-based view would note the key role of the strong offshore-directed winds, the role of human ignition, and the massive invasion of flammable wildland by people during the past fifty years,” Mass said.

Zinke was optimistic about the steps that would be taken to mitigate wildfires. Zinke put some blame on warming, but stressed that forest and land management were key to keeping fires in check.

“This is just not a state issue, it’s not a federal issue; this is an American issue of managing our forests,” Zinke said, E&E News reported. “We all want healthy forests.”