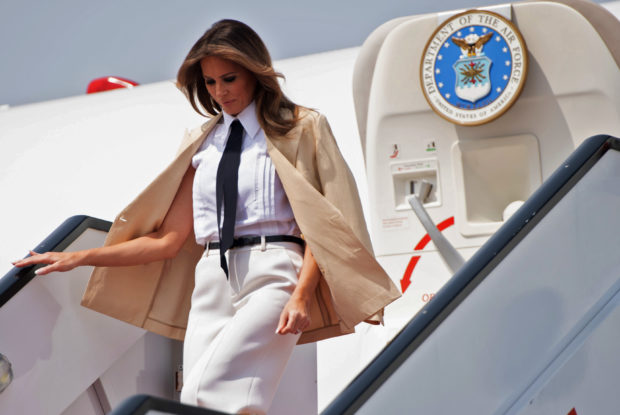 US First Lady Melania Trump disembarks from her military airplane at Cairo International Airport in the Egyptian capital Cairo on October 6, 2018, for the final stop on her 4-country tour through Africa. (Photo by SAUL LOEB / AFP)

Sanders noted that “Mira Ricardel will continue to support the president as she departs the White House to transition to a new role within the administration. The president is grateful for Ms. Ricardel’s continued service to the American people and her steadfast pursuit of his national security priorities.” 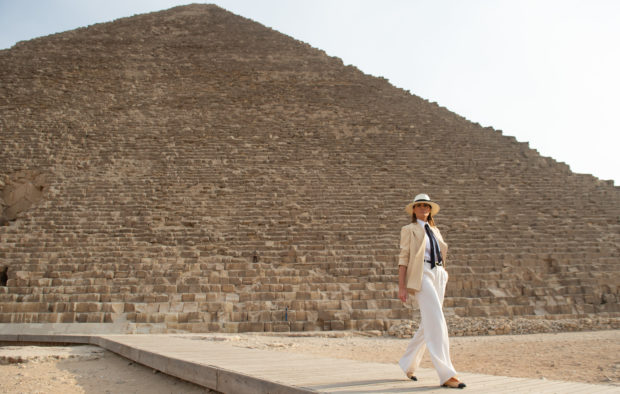 US First Lady Melania Trump stands in front of the Great Pyramid in Giza, Egypt, October 6, 2018, the final stop on her 4-country tour through Africa. (Photo by SAUL LOEB / AFP)

Ricardel was brought into her high position by National Security Advisor John Bolton but ran afoul of the office of the First Lady during her tenure.

The tensions between the two burst into the public eye Tuesday when Melania’s office said of Ricardel, “It is the position of the Office of the First Lady that she no longer deserves the honor of serving in this White House.” 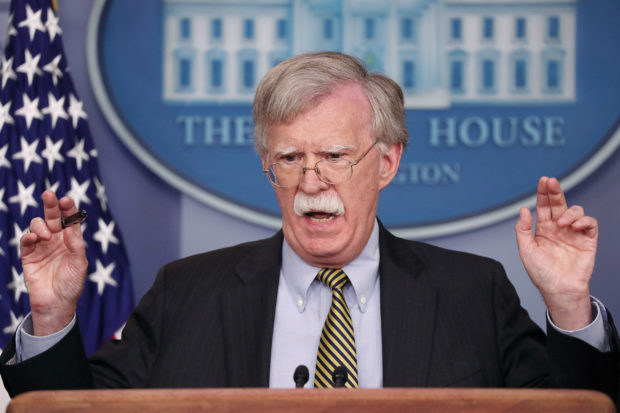 A statement from the Office of the First Lady publicly calling for the firing of a West Wing aide is highly unusual, if not unprecedented in modern U.S. history.

Ricardel reportedly clashed with the office of the first lady over her recent trip to Africa in which she was said to be unhelpful to Melania Trump’s staff. This included rebuffed requests for reserved seats on U.S. government aircraft and a general lack of helpfulness in using national security council resources.

Ricardel was also said to have clashed with Defense Secretary James Mattis’s staff over resources and other staffing-related matters.