A decorated Navy SEAL stabbed to death an Islamic State fighter that had been taken prisoner and texted a picture of himself posing with the body to fellow sailors, military prosecutors said Wednesday.

In a probable cause hearing before Navy Judge Advocate Capt. Arthur Record, prosecutors alleged that Chief Edward “Eddie” Gallagher stabbed the already wounded ISIS fighter in the neck, just moments after SEAL medics had stabilized him.

Gallagher then propped up the dead fighter’s body for a commemorative photo and performed a re-enlistment ceremony next to it, prosecutors said at the Article 32 hearing, which was first reported Thursday by military news website Task & Purpose.

NCIS Special Agent Joe Warbinski, who has been investigating the case since April, testified Wednesday that he has taken sworn testimony from nine members of Gallagher’s unit, according to the Task & Purpose report. Additionally, prosecutors introduced cellphone pictures and text message conversations they say show a conspiracy by Gallagher and another SEAL to cover up the fatal stabbing.

Gallagher is charged with multiple violations of military law — one count of murder, two counts of aggravated assault and three counts of obstruction of justice related to the alleged coverup. Prosecutors say Lt. Jacob “Jake” Portier, one of Gallagher’s commissioned officers, tried to help conceal the crimes, but they have not scheduled an Article 32 hearing for him, the Navy Times reported.

There are three eyewitnesses to Gallagher’s alleged killing of the ISIS fighter, which occurred in May 2017 near Mosul, Warbinski said Wednesday. One of the witnesses, a SEAL medic identified only as C.S., told NCIS that Gallagher “walked up without saying anything at all” and stabbed the prisoner, leaving everyone present in “complete disbelief.” 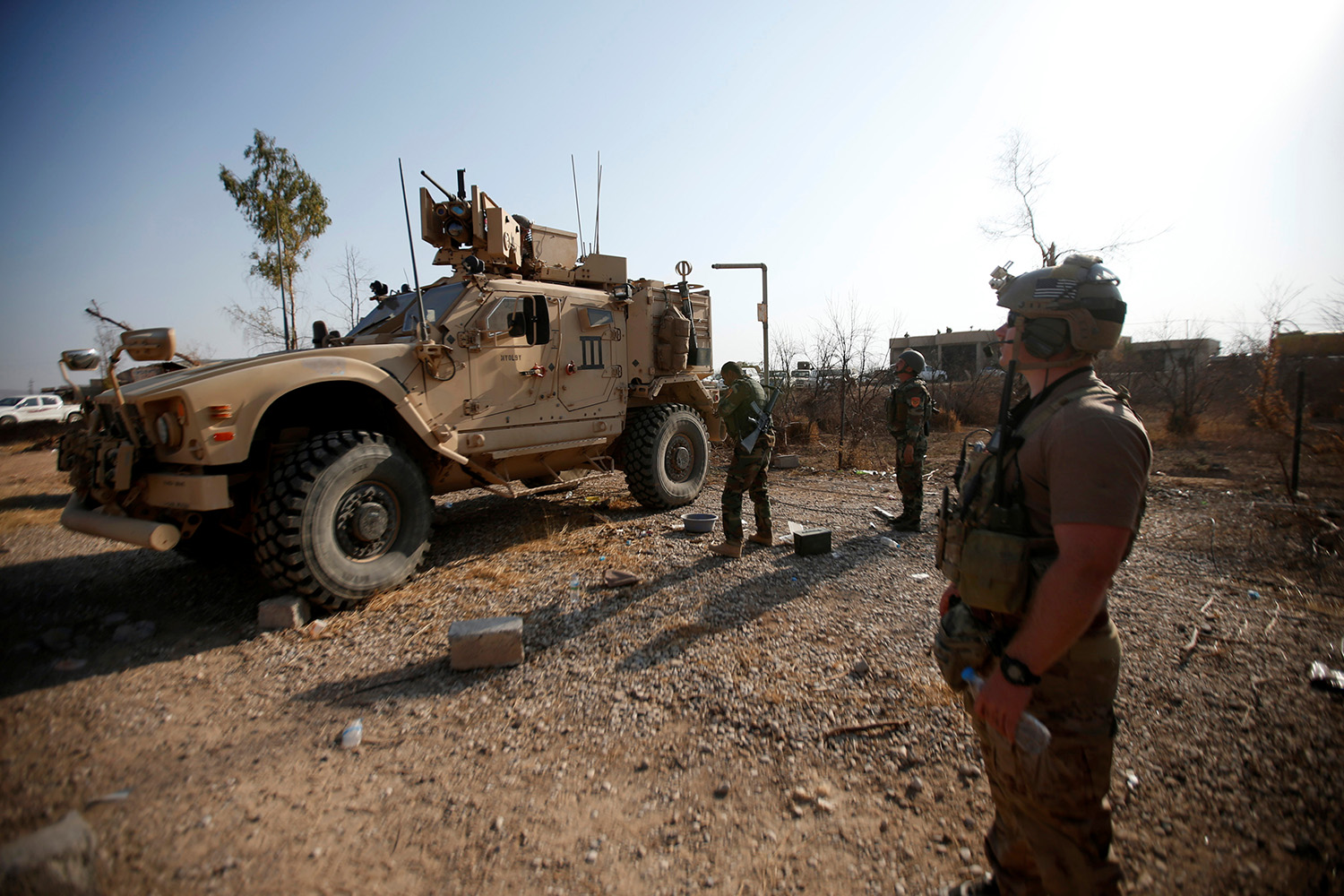 U.S. military vehicles are seen in the town of Bashiqa, east of Mosul, during an operation to attack Islamic State militants in Mosul, Iraq, November 7, 2016. REUTERS/Azad Lashkari

Gallagher, who became a SEAL in 2005, has a decorated service history. He began his career in the Navy as a corpsman attached to the Marines and went on to become the first non-Marine to graduate from the Marine Corps’ scout sniper school, Task & Purpose reported, citing a career biography provided by Gallagher’s lawyers.

Gallagher is also a two-time recipient of the Bronze Star for combat valor — the first for bravery in Afghanistan and again for actions during his last deployment to Iraq in 2017.