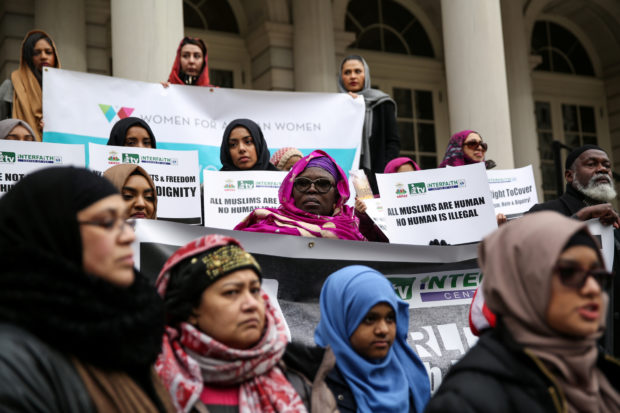 TheNYT asserted Muslims are a race in an article entitled Delay, Deny and Deflect: How Facebook’s Leaders Fought Through Crisis, concerning Facebook’s potential to spread racist ideals, among other things. The author highlighted a Facebook post from Trump calling for a “‘total and complete shutdown on Muslims entering the United States” as an example of said racism. (RELATED: New York Times Publishes Trump Assassination Fantasy)

Then Donald J. Trump ran for president. He described Muslim immigrants and refugees as a danger to America, and in December 2015 posted a statement on Facebook calling for a ‘total and complete shutdown’ on Muslims entering the United States. Mr. Trump’s call to arms — widely condemned by Democrats and some prominent Republicans — was shared more than 15,000 times on Facebook, an illustration of the site’s power to spread racist sentiment.

The page linked in the Facebook post from Trump has since been taken down. Regardless, TheNYT’s take on the post is inaccurate at best, as Muslims are simply followers of the religion of Islam and represent many different races and ethnicities around the world. At worst, its take could be interpreted as TheNYT implying that Muslims only come from a particular race of people.

TheNYT has published the same mistaken idea in editorials, calling not only Trump’s comments about a “shutdown on Muslims entering the United States” racist, but also calling his travel ban racist, in one case specifying that the ban was based on “white racial fear.” There the inaccurate takes multiply, since the travel ban was based on geographical locations of conflict and terrorist activity, rather than religion or race. Still, TheNYT persisted in publishing pieces that inaccurately characterized the travel ban as a Muslim ban and, in the same breath, called it racist.