The Trump administration is planning a pro-fossil fuel slideshow at this year’s UN Climate Summit like one the White House rolled out last year that activists panned, Reuters reported Thursday.

This year’s climate summit is in Poland and is intended to hammer out a rule book to the Paris agreement President Donald Trump’s predecessor signed in 2015. Sources told Reuters that the president is using the platform to illustrate the importance of pushing cleaner forms of fossil fuels.

“The White House seems to have taken the view that it’s important to let technocrats complete the work of the rule book. It’s in the U.S. national interest to be at the table and see an outcome that emphasizes transparency, holds countries accountable,” one source said.

The source, commenting on the condition of anonymity, also said proponents of coal and natural gas will dominate the panel, which will also likely feature a U.S. Energy Department representative. There are no plans to include a representative for the green energy industry, the person said.

“Quite frankly, the U.S. is the only party to the convention that appears to be willing to push a rational discussion on the role of cleaner, more efficient fossil (fuels) and the role of civilian nuclear energy,” said another source, who is involved in the planning of the event.

Trump announced his decision in 2017 to pull the U.S. out of the Paris agreement, calling the non-binding agreement harmful to the U.S. economy. He said the country would consider re-entering if the deal can be re-negotiated. 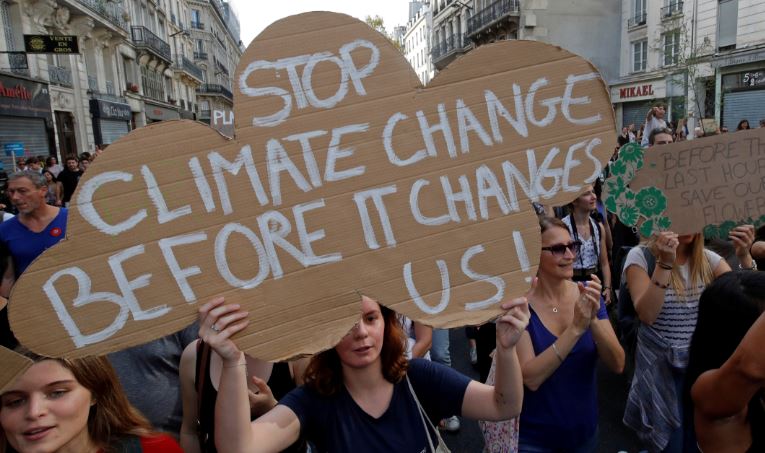 The U.S. will not be able to leave the pact until shortly after the 2020 presidential election, per UN rules. Trump’s promotional slideshow mirrors one the administration did during last year’s climate summit.

The White House pushed goals it laid out at the 2017 G20 meeting to promote all energy sources, not just green energy, and increase energy access and security, one official told reporters last year. (RELATED: The White House To Push ‘More Efficient And Cleaner Fossil Fuels’ At Meeting With Foreign Climate Ministers)

One of Trump’s primary arguments for leaving the agreement, which required the U.S. and other countries to reduce their greenhouse gas emissions by magnitudes, was that it doesn’t eliminate coal jobs but rather transfers them to other countries.

Recent reports suggest his argument was not without merit. A report published in September, for instance, showed that industries have been moving operations overseas to poorer countries with fewer regulations.

The report, funded by the ClimateWorks Foundation, found that countries are increasingly “outsourcing” their emissions to other countries, like China and India. If those outsourced emissions were included “many promising climate trends would be negated or reversed,” the report noted.