“The economy is better than it’s been in years and there’s a sense of optimism about the future of our country that people haven’t felt in a long time thanks to the pro-growth policies of a Republican President and a Republican majority in Congress,” Grassley said in a statement Friday. “Looking ahead, at the Finance Committee, I want to continue to work to make sure that as many Americans as possible get to experience this good economy for themselves. That means working to provide Americans with additional tax relief and tax fairness so they can spend more of their hard-earned money on what’s important to them.” 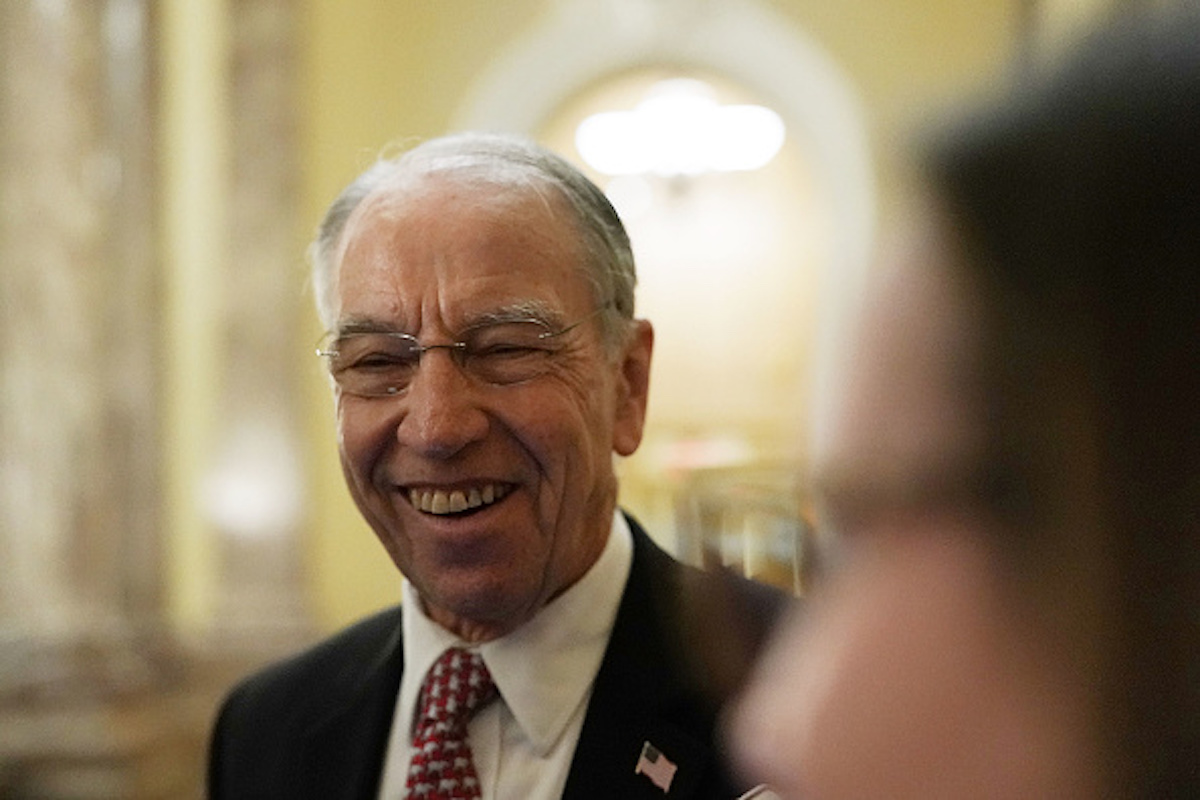 Sen. Chuck Grassley speaks to reporters after a cloture vote for the nomination of Supreme Court Judge Brett Kavanaugh to the U.S. Supreme Court. (Photo by Alex Wong/Getty Images)

“It means giving small businesses more of the tools they need to hire additional workers, invest in their companies and give their employees the benefits and wages they’ve earned. It means expanding market opportunities for farmers, manufacturers and service providers to export more ‘Made-in-America’ goods and services all across the globe for the benefit of workers in all of these valued sectors of the American economy,” Grassley continued.

“And it means improving the affordability, quality and accessibility of health care, including in rural America. There’s always more that can be done to help make life better for and empower every individual and family. I look forward to working with other senators, both Republican and Democratic, to get the job done,” he concluded.

Grassley will be elected to the position by the Senate on Jan. 3, 2019, as he is now the longest-serving Republican member of the Senate. Grassley has served in the U.S. Senate for 38 years. The current pro tempore is Republican Utah Sen. Orrin Hatch, who announced in January 2018 he was retiring, after serving four decades in the Senate.