As The Hill reports, the two were arguing over Flake’s efforts to ensure special counsel Robert Mueller can continue his ongoing investigation and not fear termination with just cause.

In order to leverage his private agenda and bring his Mueller bill up for a vote, Flake has been playing political hardball with his own Republican Senate colleagues, opposing President Donald Trump’s nominees when they come before the Senate Judiciary Committee. (RELATED: Jeff Flake Is Messing With Judicial Confirmations Again)

Asked if the GOP is unhappy with Flake’s attempt to get a vote, Flake said, “That’s a safe assumption,” per The Hill.

McConnell allegedly also told Flake in no uncertain terms that he should cease and desist immediately, according to the same article. Flake, a maverick Republican who is retiring at the end of the session, reportedly wasn’t listening to the senior senator from Kentucky. 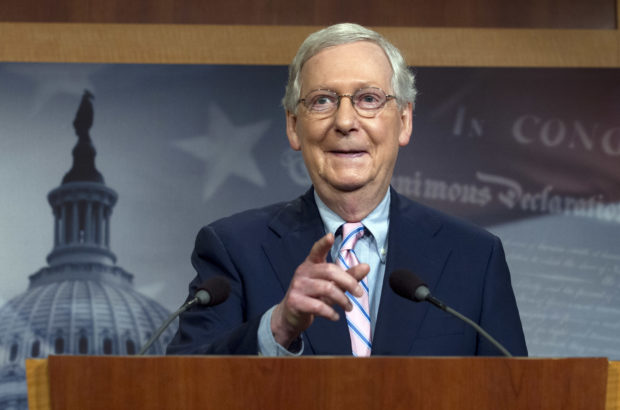 “It’s a standoff,” one Republican senator who witnessed the squabble told The Hill.

The altercation illustrated a genuine difference of opinion with the Republican Senate caucus on how to respond to an investigation that still has no definitive end in sight. (RELATED: Exit Polls More Than Half Of Voters Believe Muller Probe Politically Motivated)

While some want to legislate formal protection for Mueller, others insist he is in no danger of being fired by the president. Although Trump has made no motions to shut down the Mueller probe, in October he refused to categorically rule out that option.

As The Hill explains, McConnell told Flake on Thursday that Flake is wasting time with the initiative when there is more pressing legislation to pass before the current session ends and the GOP loses its majority status in the House — but not the Senate.