Fox News’ Geraldo Rivera criticized California Democratic Sen. Kamala Harris on Hannity Thursday night for saying there people who view ICE the same way they view the KKK during a hearing earlier in the day.

The Senate Homeland Security and Governmental Affairs Committee was considering the nomination of Ronald Vitiello to be assistant Homeland Security secretary for the Immigration and Customs Enforcement agency.

During Harris’s questionings, she asked if Vitiello could see any parallels between ICE and the KKK.

“Shame on Senator Harris, someone with great experience and obvious intellect, for her to be so intellectually lazy as to stoop to a comparison between our hardworking law enforcement. However you agree or disagree with their mission, and comparing them to a violent, racist, terrorist organization. I mean, she knows better, and she really owes every one of those ICE agents an apology,” Rivera stated. 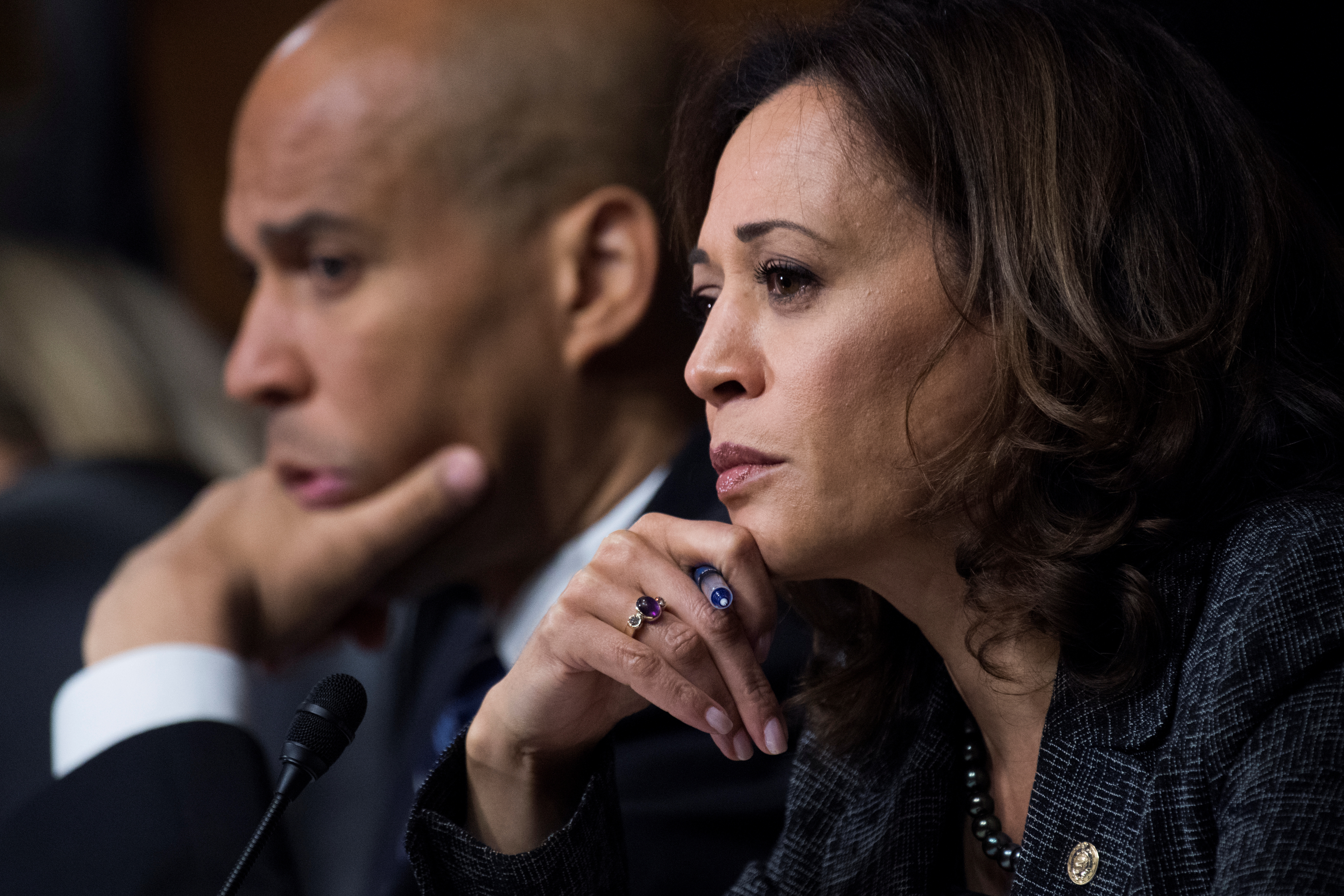 Sen. Cory Booker, D-N.J., and Sen. Kamala Harris, D-Calif., listen as Dr. Christine Blasey Ford testifies during the Senate Judiciary Committee hearing on the nomination of Brett M. Kavanaugh to be an associate justice of the Supreme Court of the United States, focusing on allegations of sexual assault by Kavanaugh against Christine Blasey Ford in the early 1980s, in Washington, D.C., September 27, 2018. Tom Williams/Pool

“They absolutely do. And what she said was beyond the pale. It’s like one of my pet peeves is when people say, ‘ahh he’s a Nazi, he’s a KKK [member],'” Rivera continued. “It insults all the real victims of racist terrorism, in the case of the KKK, and all the people, the genocidal victims of the Nazis, the industrialized power that sought to wipe out people. So I think that our elected officials have to leave those comparisons aside.”

Like lazy trolls who call cops Nazis, it is grossly irresponsible to compare anything other than violent racist terrorists to the #KKK. @KamalaHarris is way too savvy to be so intellectually lazy. She should apologize to #ICE agents now.

Herman Cain chimed in, “The rare instances where Geraldo and I agree — we agree that the parallel that Kamala Harris tried to grow is absolutely despicable. There is no comparison between people trying to enter this country illegally and the KKK.”