Gillum ended the race via a message on Facebook, congratulating DeSantis for winning the governorship and giving a final concession. However, the results of the race will likely not be certified by the state until Tuesday.

“[My wife] R. Jai and I wanted to take a moment to congratulate Mr. DeSantis on becoming the next governor of the great state of Florida,” Gillum said. “This has been the journey of our lives.”

Gillum’s announcement follows an automatic recount that ended Thursday and showed him gaining just one net vote in the process, making the margin against DeSantis officially 33,683 votes, or 0.41 percentage points.

DeSantis initially declared victory after Gillum conceded on the evening of Election Day. Gillum, however, withdrew his concession on Nov. 10 after the voting margin narrowed in the Democrats’ favor as absentee and provisional ballots were tallied.

DeSantis has represented Florida’s 6th Congressional District since 2013 and was a founding member of the conservative House Freedom Caucus. He has also been a frequent critic of special counsel Robert Mueller’s investigation into Russian meddling during the 2016 presidential election and a close ally of President Donald Trump. (RELATED: Andrew Gillum Concedes In Florida Gubernatorial Race)

DeSantis received an endorsement from Trump during his Republican primary race, and Trump has rallied in Florida on behalf of the congressman, including two times in the week leading up to Election Day.

As the race headed towards a recount, Trump expressed his dismay, demanding the election be called for Republicans. DeSantis and Republican Gov. Rick Scott, who is also in a heated race for a Florida U.S. Senate seat, have maintained that there were not enough votes left to count for their Democratic challengers to make up the deficit. 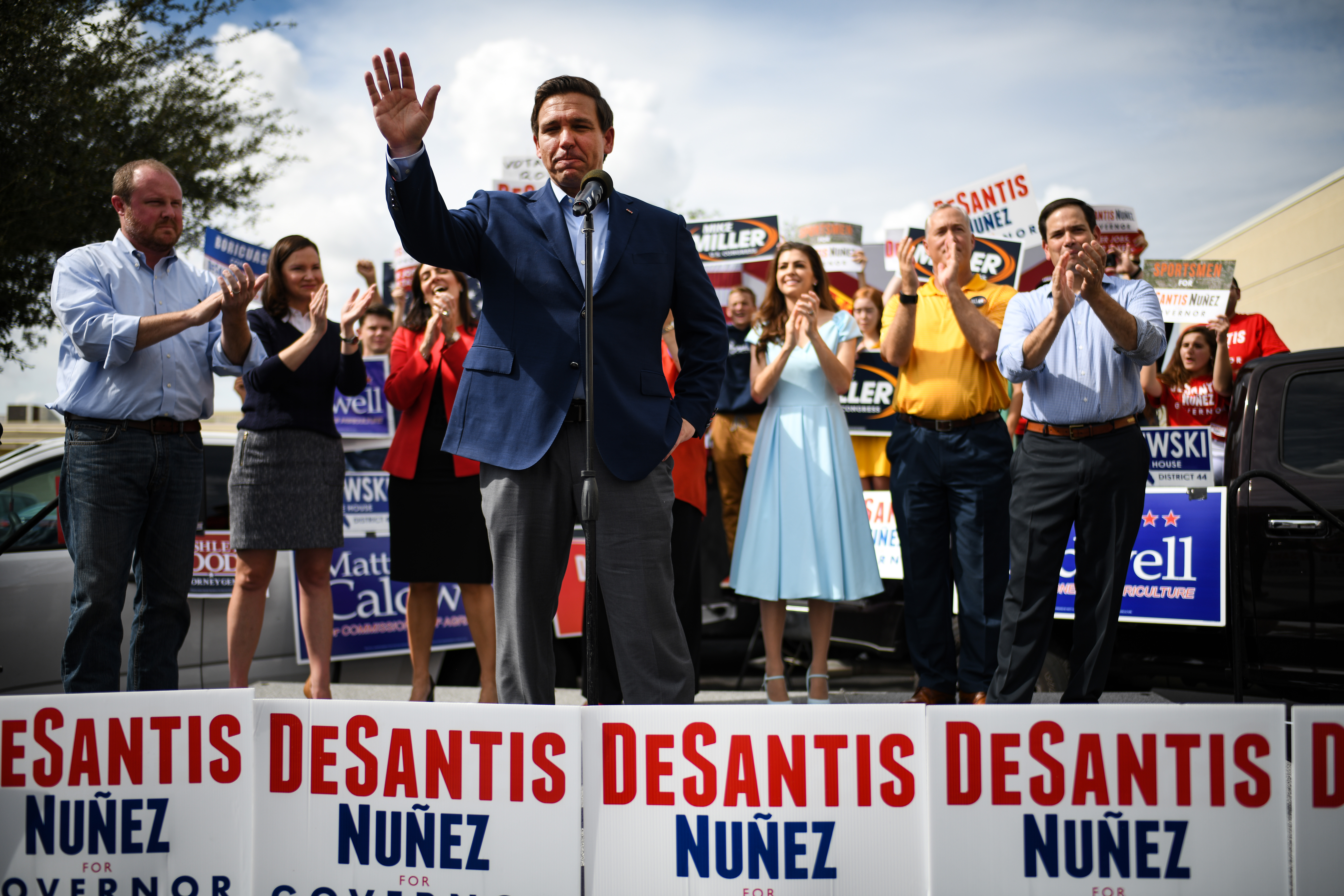 Republican candidate for Governor of Florida Ron DeSantis attends a rally at Freedom Pharmacy on the final day of campaigning in the midterm elections on Nov. 5, 2018 in Orlando, Florida. (Jeff J Mitchell/Getty Images)

The race between the two gubernatorial candidates has been contentious since the onset. DeSantis faced backlash mere hours after winning his state’s Republican nomination following a comment that was misconstrued to seemingly refer to Gillum’s race. Gillum has subsequently and frequently implied that DeSantis is a racist, but DeSantis has vehemently denied the accusations and further condemned racism.

The race had been in a statistical dead heat leading up to Election Day, with DeSantis consistently lagging by a razor-thin margin.