A substitute teacher claimed he was not allowed back into a Missouri school after thanking students for saying the Pledge of Allegiance in October.

The incident happened in late October after Parkway South High School made its announcements, which is when the pledge is recited, according to the St. Louis Post-Dispatch Friday.

“So at the end of the pledge I said, ‘Thanks to all of you that participated in that. I’m sure that all of those families who lost loved ones so that we could enjoy the freedoms we have today would appreciate the effort,'” Jim Furkin said, the Post-Dispatch reported.

Students are not required to recite the pledge. Some students may sit, remain quiet, or even kneel as the pledge is said.

One student asked to go to the counselor’s officer, according to the Post-Dispatch. A school administrator told Furkin a student was “hurt” by the comments made after the pledge.

Furkin has been a substitute teacher at Parkway School District in St. Louis County for nearly 10 years, according to The Associated Press. 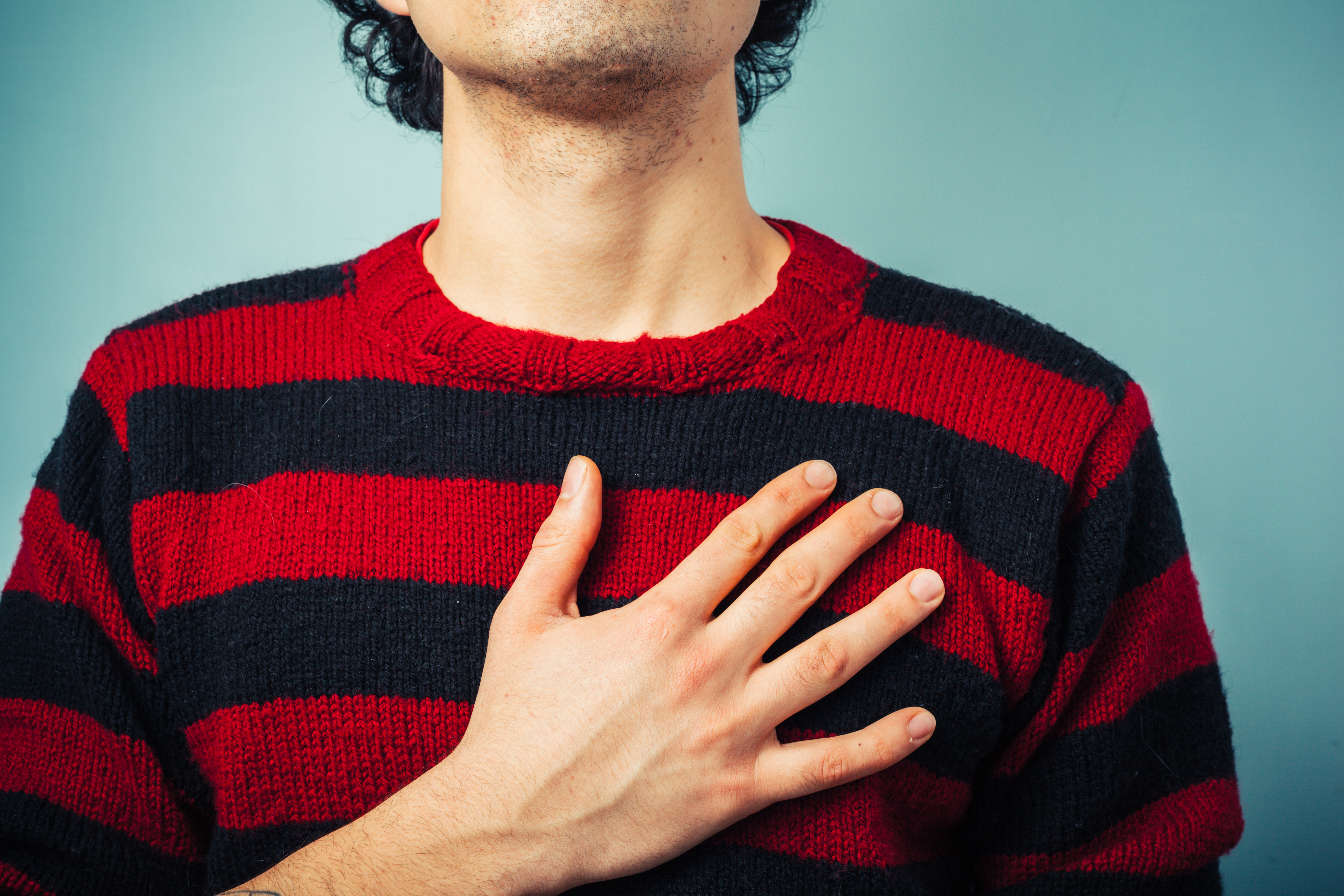 A man places his right hand over his heart to recite the pledge. SHUTTERSTOCK/Lolostock

“We proudly recite our Pledge of Allegiance in all Parkway schools and classrooms,” Parkway School District Superintendent Keith Marty said in a statement sent to South High parents and staff Friday. “Students choose to participate, which is their right, and our role as educators is not to make a judgment about that choice.” (RELATED: University Of Kansas Flies Defaced Flag In The Name Of Art)

The district said the students who did not choose to stand were “humiliated and then teased,” according to the statement.

Marty added that Furkin was recommended not to come back based on a “pattern of inappropriate conduct.”

“The employee was previously restricted from another Parkway high school for recording video of students without their permission in class,” the statement said. “In addition, he violated appropriate teacher-to-student interactions by sharing his personal contact information with students at South High. Based on previous concerns from staff and students, the principal of South High addressed these matters with the substitute teacher. The substitute was coached and reminded of his professional obligations.”

Furkin refuted the district’s claim of shooting video of students, according to the Post-Dispatch. Another teacher, instead, allegedly asked Furkin to take a picture of students to see which students were not participating in an assignment. The picture allegedly banned Furkin from Parkway Central High many years ago.

The sub also said he shared his Twitter with the students because they were curious about books he wrote. Students, however, found “inappropriate images” on Furkin’s account, the Post-Dispatch reported. Furkin claims his Twitter was hacked.

Furkin does not have plans to continue substitute teaching.

Tony Rothert, legal director for the American Civil Liberties Union of Missouri, said the school could let go of Furkin if they felt like his speech was harmful to the students.

“A public school teacher is the government and in the classroom is speaking on behalf of the government,” Rothert said, the Post-Dispatch reported.