The United States Agency for International Development (USAID) announced a new education policy that plans to fund private and religious schools that help children in areas of conflict to get an education, according to a Thursday USAID press release.

“More than 75 million children and youth between the ages of three and 18, living in crisis or conflict-affected countries, are in need of educational support,” a November USAID education policy document said. “Of these, 17 million are school-age refugees, internally displaced, and other populations of concern.”

The USAID document added that “69 million new teachers” are needed by 2030 to give every child a “primary and secondary education.”

The policy has four goals: to increase access to quality education, help children “gain quantifiable literacy, numeracy, and social-emotional skills,” help children gain the skills needed to be productive in the work force and society and to help other countries better their education systems, the press release said. 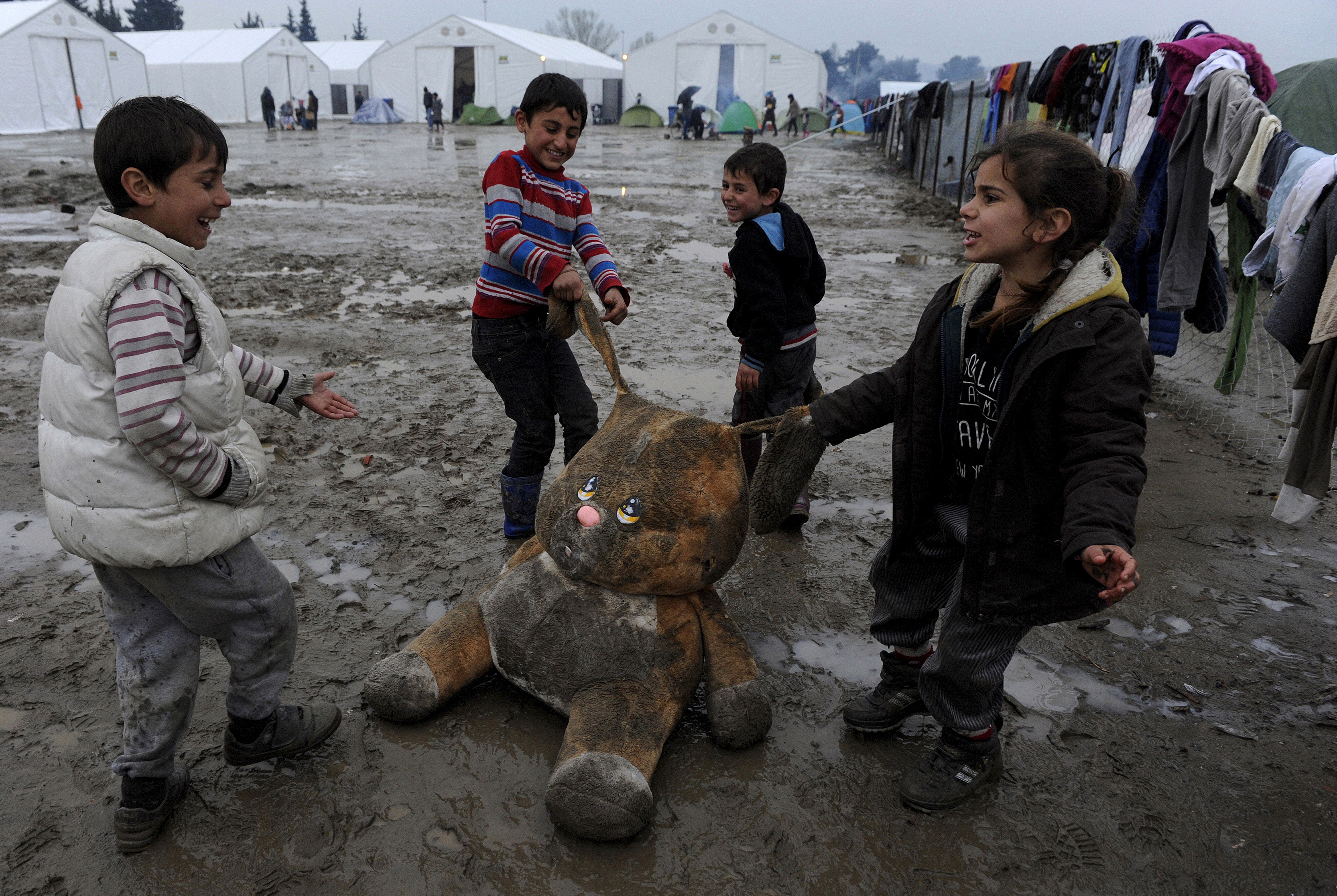 Refugee children play with a stuffed toy at a muddy makeshift camp at the Greek-Macedonian border, near the village of Idomeni, Greece March 15, 2016. REUTERS/Alexandros Avramidis

“Expanding the USAID Education Policy to include non-state entities, like faith-based schools and organizations, is essential in safeguarding education systems for the world’s most impoverished youth,” J. Kenneth Blackwell, former U.S. ambassador to the United Nations Human Rights Commission, said in a statement. “These children, living in increasingly fragile environments tainted with violent conflict, natural disasters, and humanitarian crises, would often not have access to education if not for the work of missionaries and faith-based providers already in their communities.”

More than 617 million children and young adults do not have the minimum proficiency in reading or math while one out of five children ages 5 through 17 across the globe are not in school, according to USAID. (RELATED: New Foreign Student Enrollment In American Universities Decreased By Nearly 7 Percent)

USAID states that the education policy is in line with the goals of the U.S. Government Strategy on International Basic Education, which aims to strengthen diplomatic relations with other countries through education.